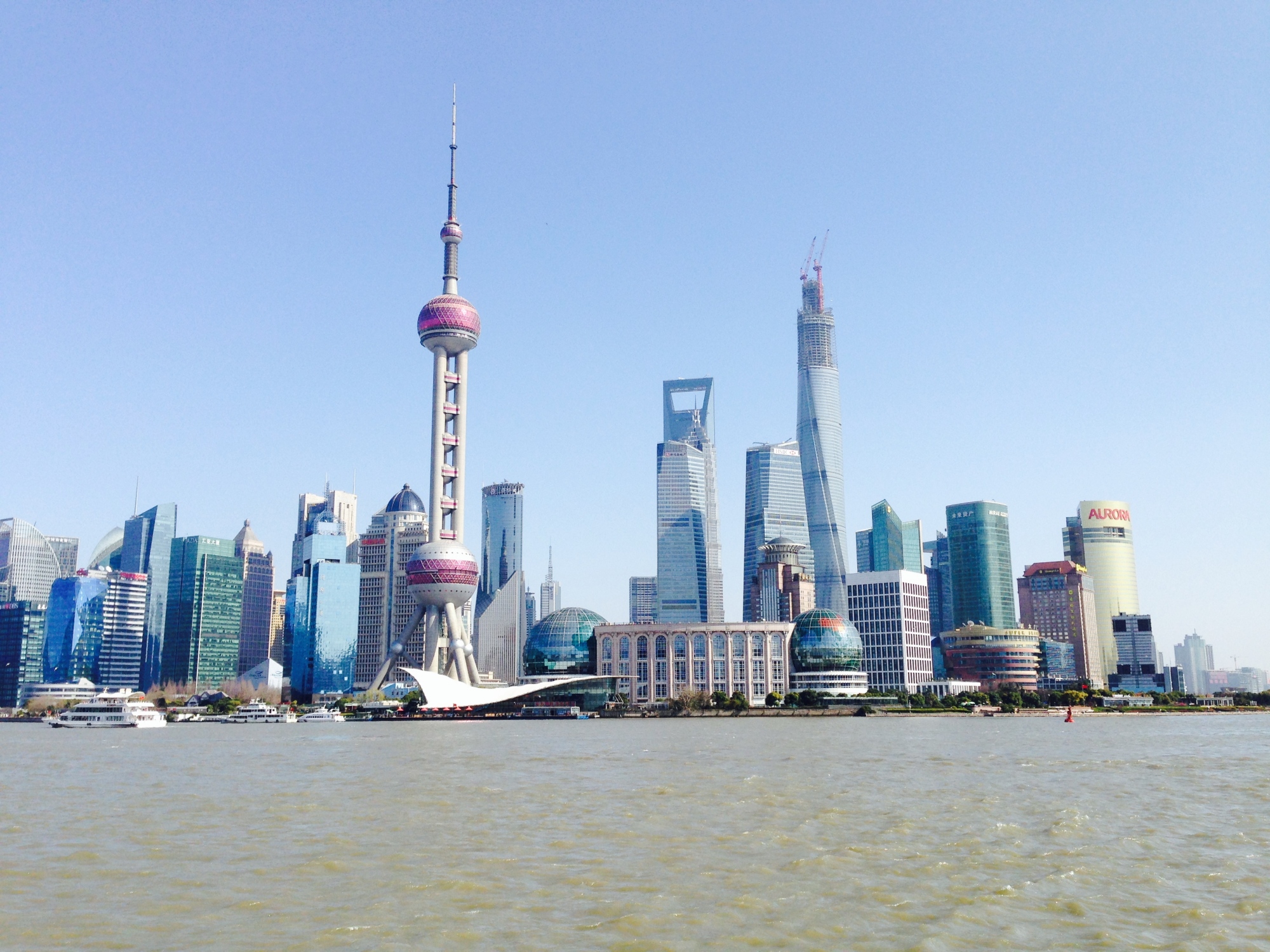 And so it is with great interest that I entered china. With seemingly so little information known about the country we disembarked after 2 days at sea since the Philippines onto the shores of china and into the city of Shanghai. 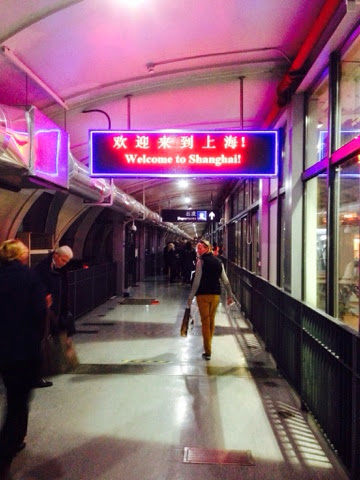 I believe shanghai to be the second largest city in the peoples republic of china. With a population of 24 million; the city alone holds 6 times more people than that of New Zealand! A staggering quantity of people that is growing everyday.

Shanghai is a major port  on the huanhpo river near its meeting point with the Yangtze River and is also an important industrial and commercial centre.

Over the course of the two days of cruising the temperature dropped from 30 degrees Celsius to 12 degrees Celsius as we made our way further up into the northern hemisphere. A shock to the system for me as I have not been anywhere under perhaps 15 degrees Celsius since September last year!!

Shanghai occupies some 2400 square miles. 8.8 million of the 24 million live in the city proper. Unlike other Chinese cities shanghai has a strong foreign influence and was the second Chinese port to be opened up to the west.

We were on a tour today called the shanghai sampler. This allowed us a morning visiting the main tourist areas of shanghai. First off we visited the jade Buddha temple. The original temple was built in 1882, destroyed in the 1911 revolution and re-built between 1918 and 1921. Set amongst a back drop of skyscrapers and modernisation; the temple offers a step back in time and also a look at current Buddhist people and their way of life. The main attraction was a tall seated Buddha made out if white jade and encrusted with jewels. This was donated by a monk from Burma in 1882. Buddhism came into china 2400 years ago from India. 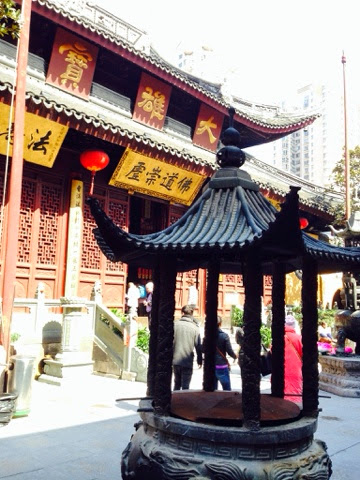 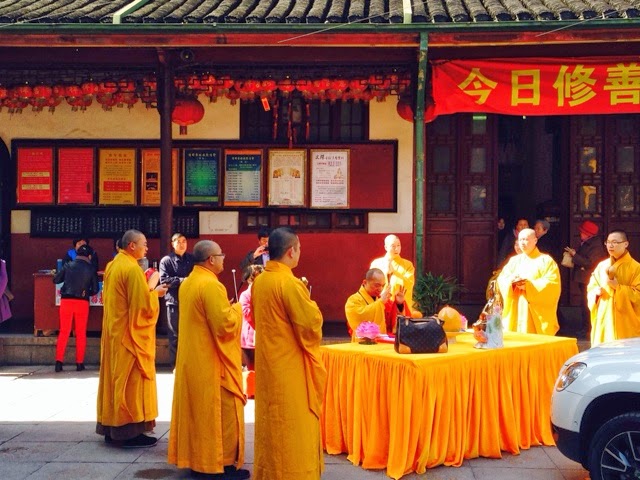 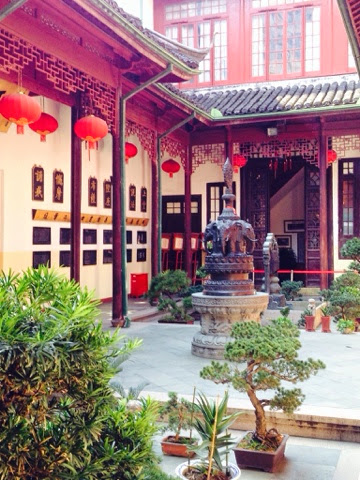 The smells of incense and the colder air assuring us to be wrapped up warmly; invited nostalgic smells and feelings of a ski town. Cobbled passageways leading to small squares and then into halls with elaborate dedications to Buddhas and decorative features everywhere. It has recently been Chinese New Year and therefore there was also a lot of red everywhere. 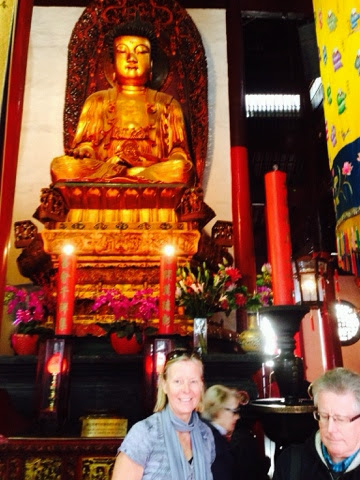 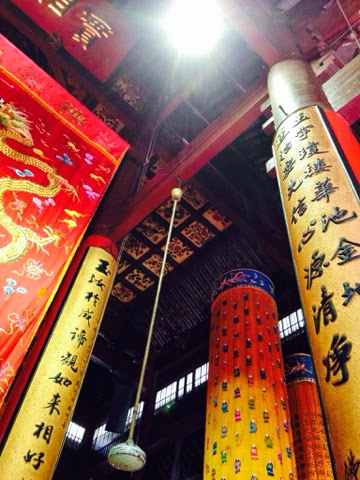 In the square when we arrived there were about 10 monks chanting over a car. The guide explained the family who own the car are about to embark on a long journey and the monks are blessing the car to deliver them safely. A few of our tour group giggled. Our tour guides face remained perfectly solemn about this apparent religious ritual. 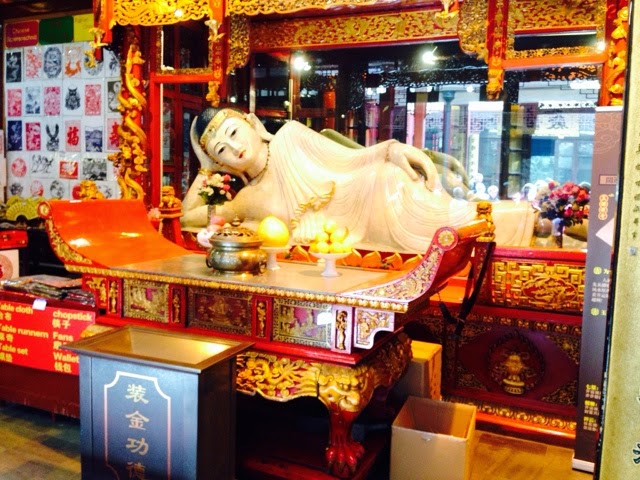 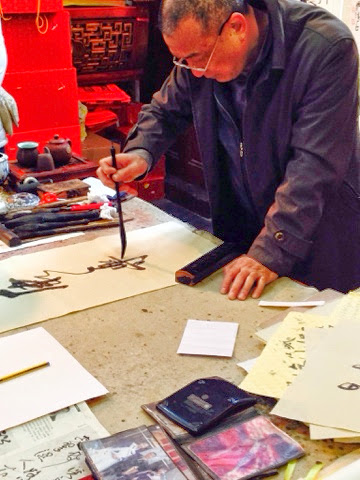 After the temple we went to Yuyuan garden. This is the most famous classical garden in china and is located in the old city. The original gardens were laid out in the mid 16th century and it took 18 years to complete. The garden therefore built in the Ming dynasty has all the usual rock gardens, ponds and bridges typically associated with this type of garden. Beautifully laid out and a pleasure to walk through; it was again old set in the backdrop of very new. Outside of the garden we wondered through the Yuyuan bazaar and explored the maze of narrow lanes. We entered a silk factory where we learnt how silk is made and then were lured in to buy some bedding of pure silk which deceptively heavy; we decided would stay in the bag we would be leaving onboard the ship… 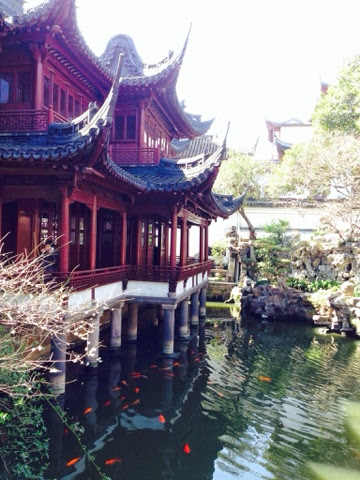 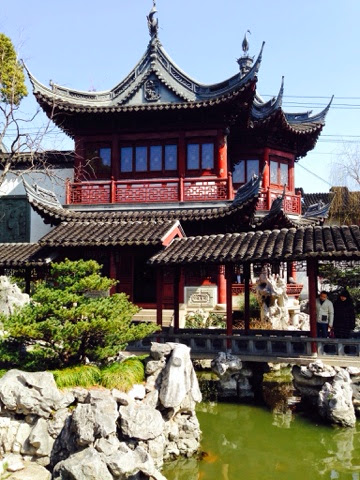 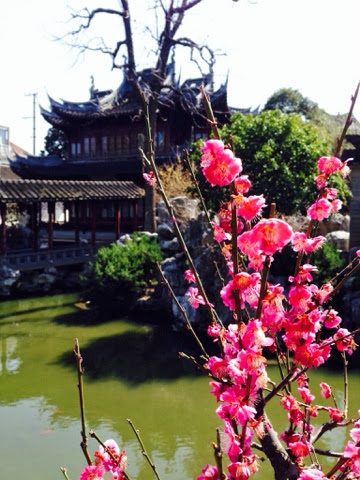 In shanghai 60% of the people are from shanghai itself and 40% are from other parts of china. This, I find out is common of most cities in china where Chinese come into the city for work from very poor suburban or countryside areas. Unlike us Brits who may buy more expensively in the countryside, the countryside in china is still reeking with poverty despite its growth as a country in other areas.

Mandarin is the most commonly spoken language of china. Cantonese exists predominantly in the South of china.

The city grew rapidly in importance when the Chinese surrendered shanghai to the British in the 1842 after the first opium war. The city became open to the outside world and the British were able to live and trade without being subject to Chinese law.

The Americans and the French also took an interest in shanghai and it’s trading and commercial potential. Each had a designated part if the city and the French concession was under the direct control of the French government. Shanghai soon became China’s leading port and an important banking and trading centre.

In 1895 the Japanese defeated the Chinese in the sino-Japanese war and they too received a concession in the city. Various light industries – using cheap Chinese labour – were well established by the end of the 19th century.

After our tour we wondered down the ‘bund’. This is basically the promenade along the river waterfront. This gave spectacular views of the buildings the other side of the river and indeed a chance for us to see the highly European influenced architecture that dominates the side of the river we were on. To me it reminded me of Chicago. I felt like this city could be anywhere in the world which made it both familiar and disorientating. 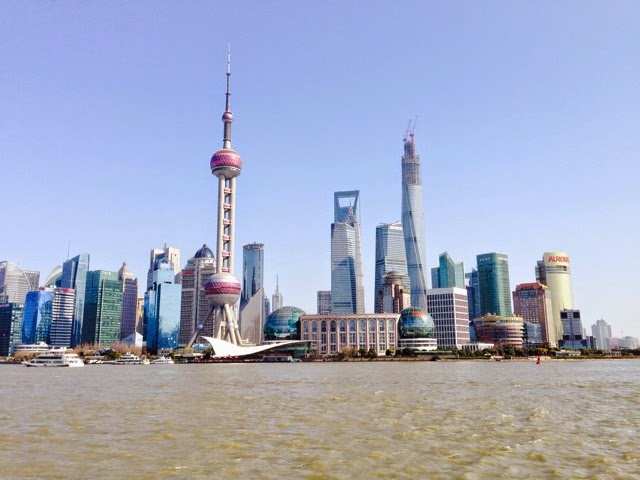 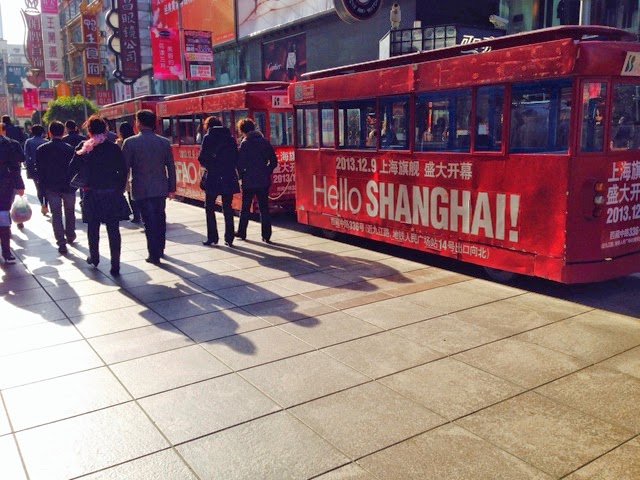 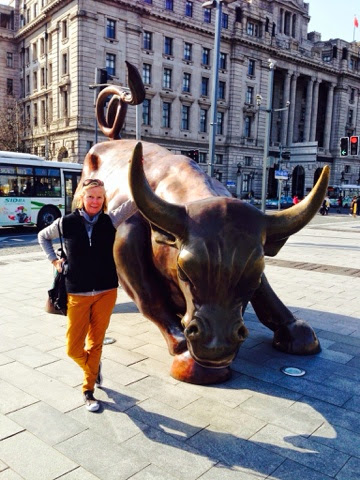 Foreign domination in the city was unlikely to last forever and the rise of the Chinese communist party in the 1920’s was the beginning of the end for Britain, France, Japan and the US. After WW2, during which the Japanese occupied the city, the four foreign powers returned the entire city to china. In 1949 the communist troops entered Shanghai and Mao became the leader of china when the peoples republic of china was founded in the 1st October that year.

In the days of the foreign denomination, shanghai was known as the ‘Paris of he east’ and the ‘whore of the orient’. Naturally the second half of the 20th century has seen many changes – industries again flourish, the feuds between rival factions during the cultural revolution are now part of history, and much of the city has been redeveloped and modernised. Tourism is still in its infancy, but every year the city attracts apparently more and more visitors. The question in shanghai is whether it will rival or even replace Hong Kong as China’s city if the future?

Our guide jokes that the construction crane is ‘the city bird of shanghai’. Something I laughed at at the time but in actuality as I explored china more I would personally say it is the ‘bird of the peoples republic of china’.

Other random shanghai information I gathered whilst I was there for a day:

To be shanghaied is to be kidnapped. Yellow is a royal colour.

Red, the colour of fire, keeps evil away and perhaps not surprisingly Buddhism is the biggest religion in china.

Shanghai seems mostly to me like a bustling business centre. We wondered down a pedestrianised high street full of shops that although weren’t familiar brands felt extremely westernised and in that way it felt westernised. There are Starbucks in various places around the city. In fact our guide informed us that if businessmen are not at work they are in Starbucks or already on their way to Starbucks.

I was pleasantly surprised that I liked shanghai. Mum had not been here before herself, and had been told by someone not so long ago that you need to visit shanghai as well as the other famous cities before you make a complete opinion about the country. So perhaps it was best I visited here first. It gave me a little optimism about what else I would encounter on my tour around china. 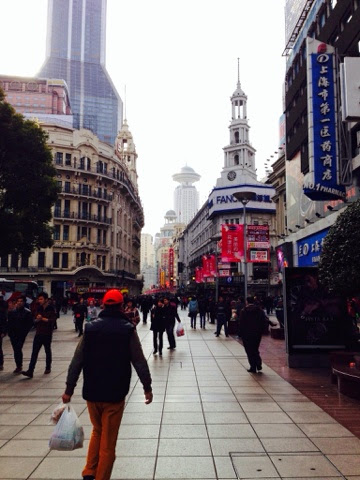