After the best part of 6 days at sea, I was mightily happy to set foot on solid ground.

The cook that we had, Loli, in Borneo is from Manila in the Philippines; so I was happy to visit this place that is her home. Especially since I had no idea I would be here 2 months ago.

Our welcome into the harbour area could be heard a mile away. A marching band on the seafront playing a variety of modern tunes and wearing brightly coloured clothing. As our ship navigated its way through the incredibly still waters of the Manila bay; a sea-fog slowly started to rise, giving way to an eery and yet beautiful first view of the city of Manila. Fishing boats had been surrounding us since sometime the day before we arrived. This morning they were so close to the ship! Some shouting for money, or offering to sell things to us! How on earth that would have worked I don’t know. The captain of our ship frequently sounded the ships horn through this whole period of time. I couldn’t believe how many small boats there were. 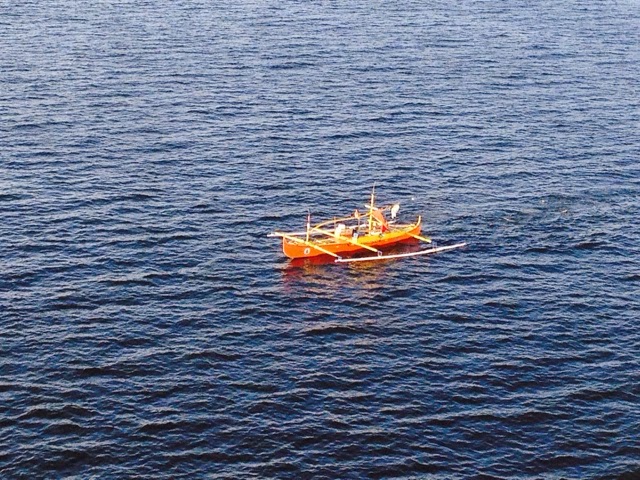 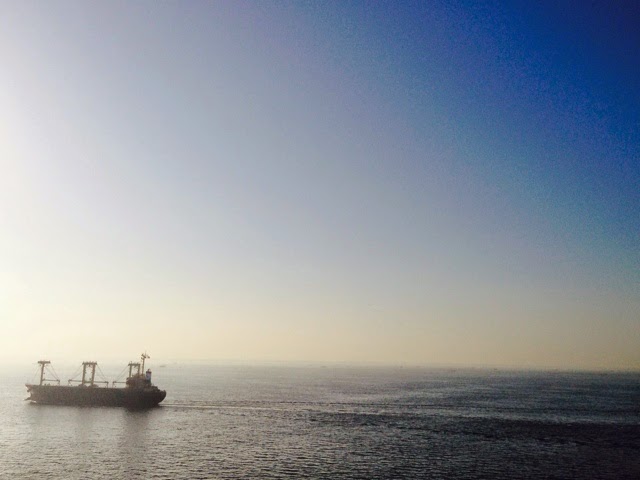 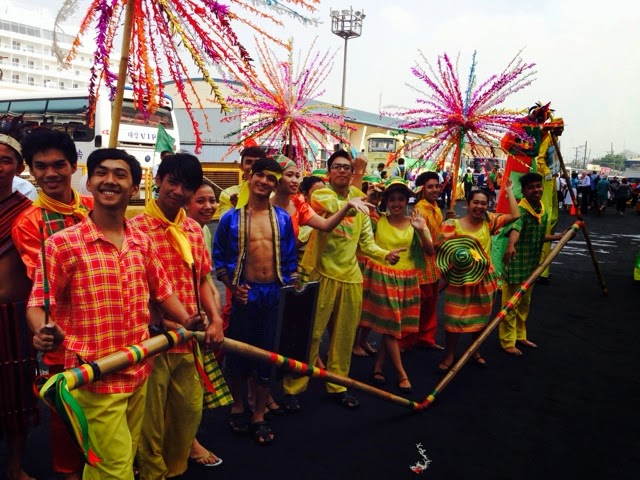 The climate in Manila is tropical. But the extremes are prevented by the hills in the east and the west. June to November is the wet season. Highest humuidity from July to September. December to May is the dry season, as proven by our visit which was a beautiful blue skies, sunny 30 degree Celsius day. November to February is usually the coolest time of year in Manila.

I will now delve into a brief history of the Philippines and Manila in order to better give context to our day at shore.

The Philippines comprise of 7,107 Islands with a total land area of 120,000 square miles – slightly larger than Great Britain. To the east lies the Philippine sea, to the south the Celebes sea (of which we just sailed through) and to the west and north is the South China Sea. The two largest islands by far are Mindanao in the south and Luzon in the north. Manila is the capital of the Philippines and is located on the eastern shores of Manila bay of the island of Luzon. Manila takes its name from the nilad plants, which grow on the banks of the pasig river in Manila.

Chinese traders had been resident since about the year 1000. But the people we call Filipinos came originally from the mainland of Asia, and later from Indonesia and in particular Malay area. I think this is why I grew fond of Manila so quickly. The vibe so similar to that of kota Kinabalu, but of course on a much grander scale. 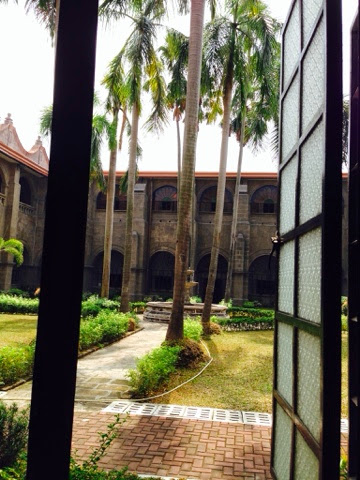 When the Asians arrived in the Philippines they maintained little contact with each other and instead organised themselves into small communities of a few hundred people under the rule of a sultan or raja and often leading a nomadic existence. Spirits were worshipped, and although Islam started to creep up from Brunei on neighbouring Borneo Island, the arrival of the comparatively well organised spaniards soon turned the tide in the direction of Roman Catholicism and 80% of the population to this day are still of this persuasion. 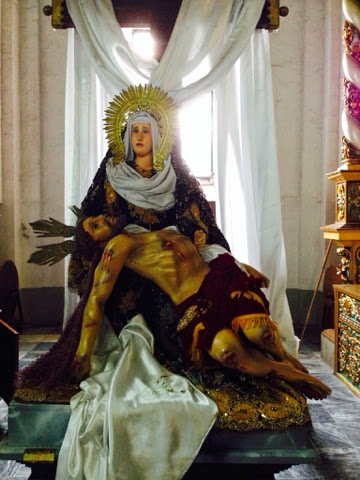 A Portuguese nobleman named Ferdinand Magellan came across the Philippines by accident during his search for the spice islands on the first ever round the world cruise. He was killed by locals, and three further Portuguese expeditions also failed. Finally Spain established the first permanent Spanish settlement in 1565 on the island of Cebu, led by Phillip the 2nd (of armada fame). In a short time Spain took over most of the larger Islands Coastal areas and in 1571 Manila came under Spanish control. ‘Intramuros’ the city was called, and to this day the walled old part of the city is still called as such. 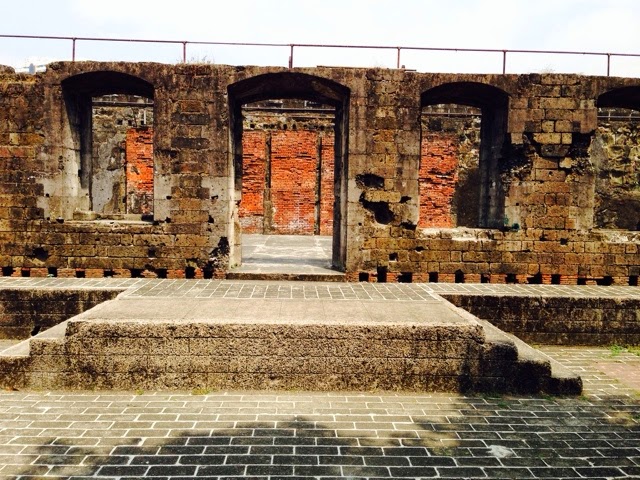 There were small pockets of Muslim influence that gave all invaders and would-be conquerors a hard time; but apart from this the Spanish found it surprisingly easy to win and control Luzon Island and the north. Meanwhile the chinese increased their share of trade, bringing in enough luxuries to compensate for the spaniards lack of home comforts. Life continued peacefully until the first rumblings of trouble were felt. The seven year war had far flung episodes in India and Canada and still further in the Philippines when the British occupied Manila for 2 years in the mid 18th century. Shortlived though, the Americans took occupation when they declared war on Spain over Cuba in 1898 and theirs was a revolution after the U.S destroyed twelve Spanish ships in Manila bay. This was the end of Spanish occupation and the Filipinos soon discovered they had exchanged one master for another. 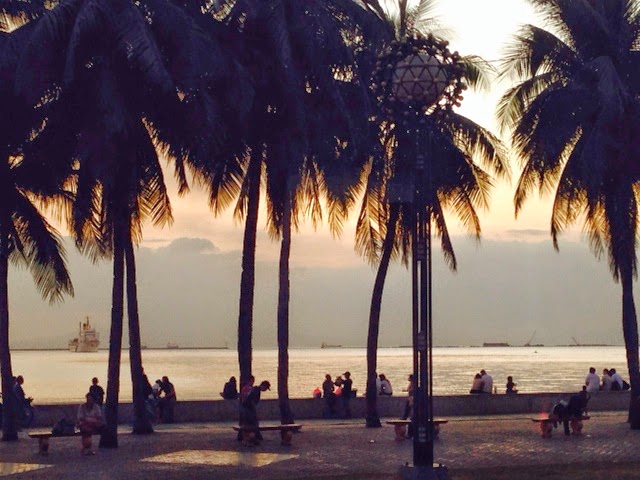 The country was constituted a commonwealth in 1935 with independence scheduled 10 years later. However world war 2 intervened. The Japanese occupied Manila from 1942 to 1944. The Americans had to bomb the city to get them out. Independence  arrived on July 4th 1946 but this wasn’t the end of the American influence (which is evident all around me as I tour Manila) in conjunction with the oriental way of life. The last American forces withdrew in 1992 but the world powers keep a watchful eye on the government. 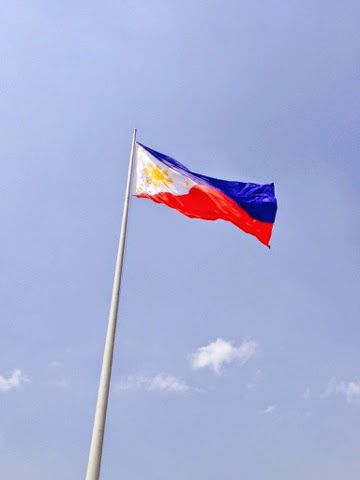 On our guided tour we first went to intramuros, the walled old city. Within the walls is fort Santiago. This is where there is a tribute to national hero Jose Rizal. Rizal sowed the seeds of nationalism in the 1880’s and although innocent of forming rebellion he was soon exiled and then executed by the fearful spaniards. Within the grounds are golden footsteps as well as a statue of Rizal in his cell. The footsteps mark the route he took to his execution. 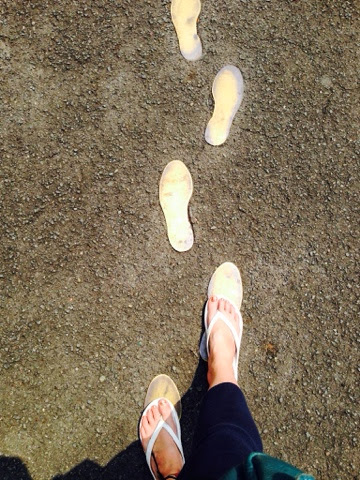 We also visited Manila cathedral. It’s been rebuilt 6 times since the first structure in 1581. The present church retains the earlier magnificence with some of the original stone carvings, rosette windows and stained glass mosaics. 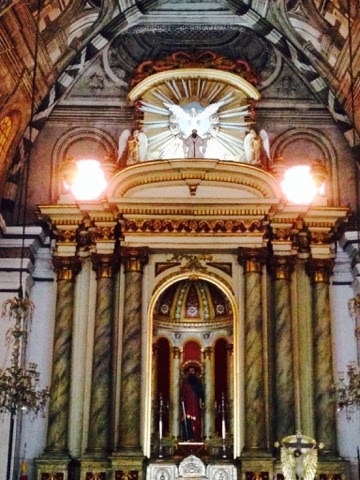 Casa Manila is also in the intramuros grounds. Here we could walk through and see how they lived back in the day. I notice everywhere here the complete merging of several cultural identities into one. Interestingly although Filipinos all speak Filipino; a staggering 96% of them speak English and it is there official language! This is obviously mainly to do with the previous American occupation. 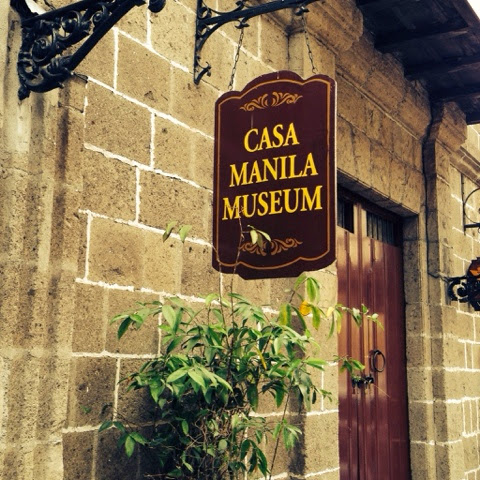 Our tour had been called ‘old Manila’. The above is all that we learnt on the tour. I guess the one thing I didn’t mention that I have suddenly remembered is the barbaric torture methods used during the Japanese occupation. The prison cells go right down underneath the intramuros. Here Filipinos were locked in cells. When the tide came in; the cells, that were under sea level were flooded, and the chained prisoners, often completely innocent, were drowned. This one stuck in my head somewhat as I was directed towards a hole in the ground where I could see an entrance to one of the cells; I guess because everywhere I have been there has been a history of violence and war. I haven’t visited anywhere with none. Don’t you think that’s sad? Or is it inevitable?

Most of the wars are started due to land ownership issues. Who occupies what etc. but if we really really think about it it becomes -to me anyhow- ridiculously idiotic. We can’t take the land with us when we leave this earth. However, I suppose if none of this had happened then I wonder what our world would look like today. I wonder how we would have evolved as a species if ownership had never interested our forefathers. Certainly the vibrant and multi cultural places I have been lucky enough to visit would not exist. I probably wouldn’t be speaking English. So I guess in essence there are positives and negatives to conflict over land.

What travelling the world during this last year has sparked within me is a desire to read about the history of the world more, including reading all about the different empires. It seems that even though we may not be as barbaric as our predecessors; that the world is continually fighting over what is theirs; albeit at perhaps a slower more (debatably) intellectual rate.

Anyhow, back to Manila. After our tour we went to a shopping centre to get some souvenirs, amongst other bits and pieces. In fact we found we needed to buy another suitcase. Wonderfully enough, we can leave a bag or two onboard the ship and pick it up from Southampton at the end of April. This is very welcome news to me considering the amount I have accumulated over the last 7 months.

Manila was a blast from the past in all senses of the expression. It reminded me so much of kota Kinabalu, but I think this was mainly due to the people. Also probably because I felt close to Borneo whilst I was there, and kind of felt sad not to just pop over and say hello! The people are Bubbly. Bright, English speaking, friendly and musical. It really is ‘more fun in the Philippines’ (their tourism quote) and I hope one day to return and be able to visit other parts of the country and different islands. 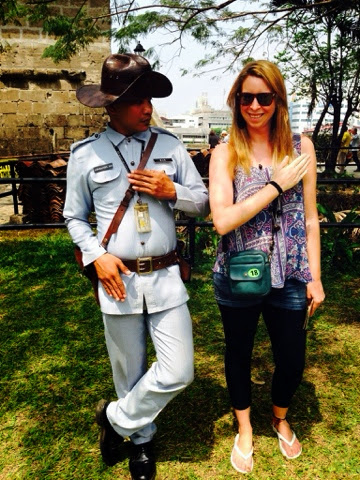 One thought on “The Philippines”