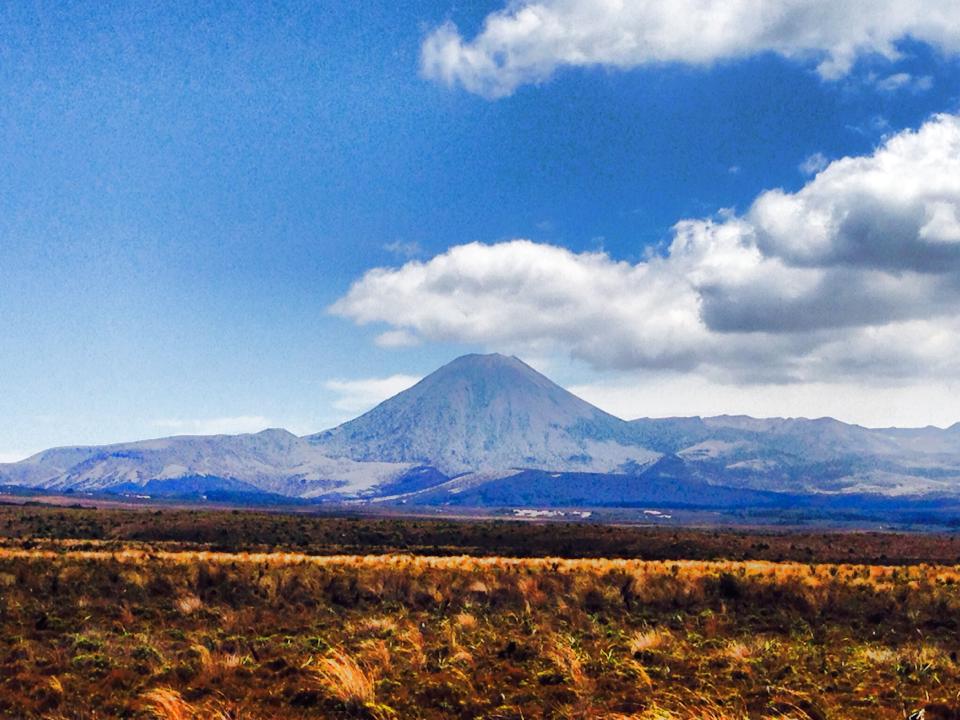 Leaving Palmerston North we began our journey north once more. Driving through Tongoriro national park we viewed ‘mount doom’ from The Lord of the rings series. Then eventually reached a viewpoint that overlooked lake Taupo. Biggest lake in New Zealand. We stayed in Taupo for a night before making our way to Muriwai via Matamata and a second round of hobbiton village (mum really had to see it!) 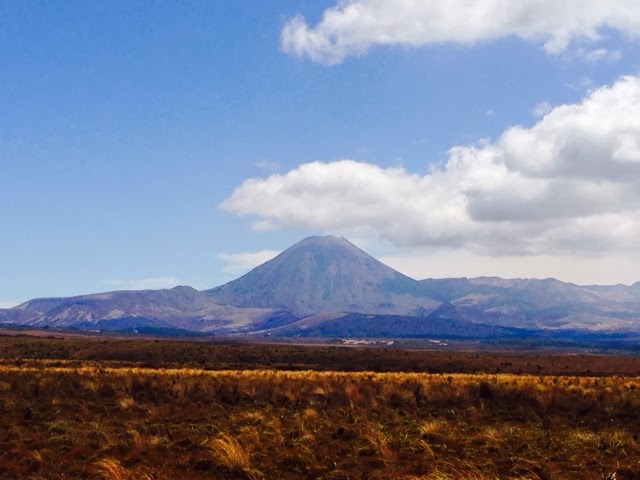 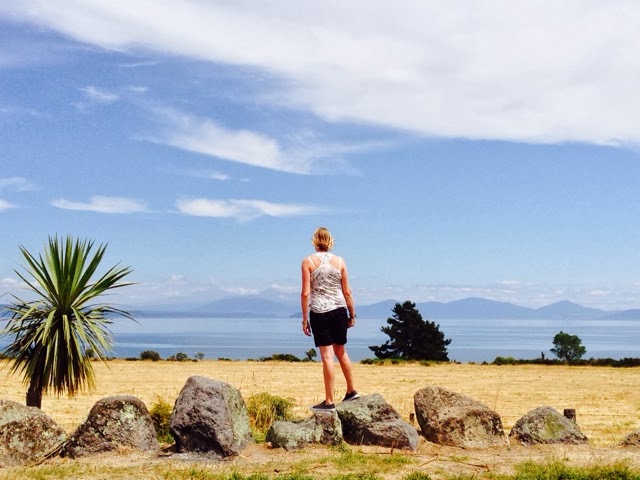 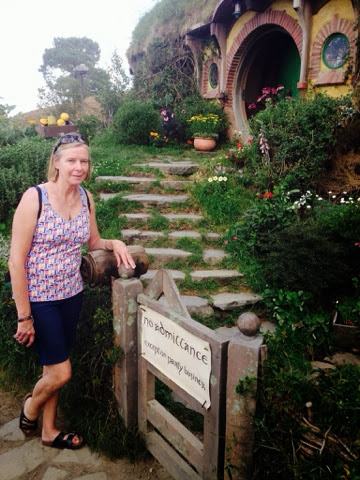 Muriwai beach is home to one of the largest gannet colonies. Once we had settled into our B&B we took a walk through some rainforest and eventually this lead out to cliffs. Walking nearer the end of the cliffs, you turned the corner and suddenly the overwhelming spectacle of thousands upon thousands of (very smelly) gannets appeared. It was amazing really. We watched the sunset. Probably one of the best sunsets I ever saw! A wedding party were on the beach taking photos too. The clouds were reflecting off the flat damp sands and the colours were beautiful. 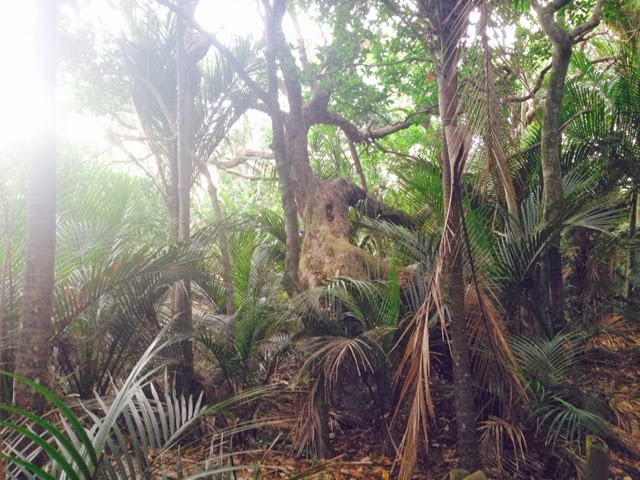 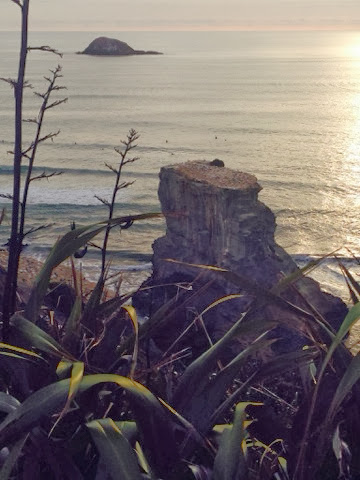 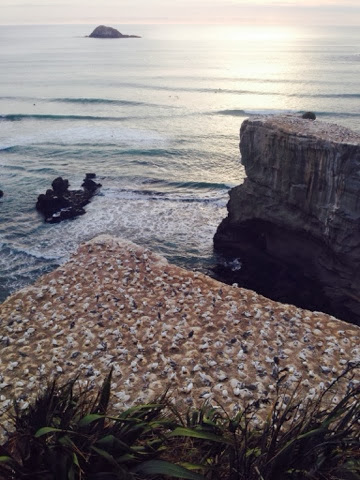 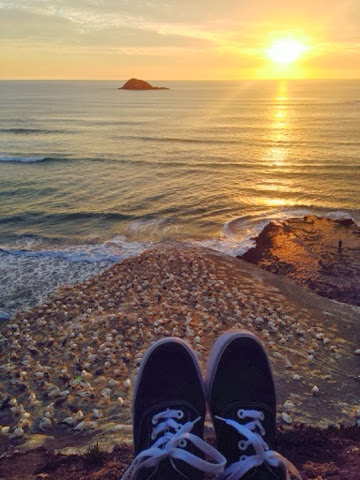 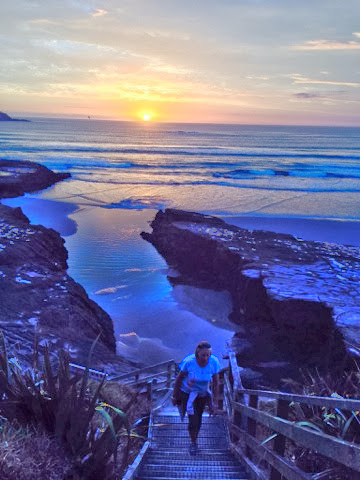 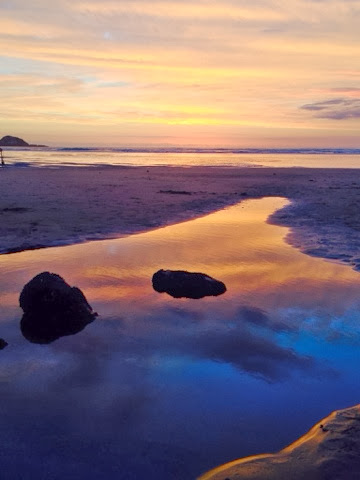 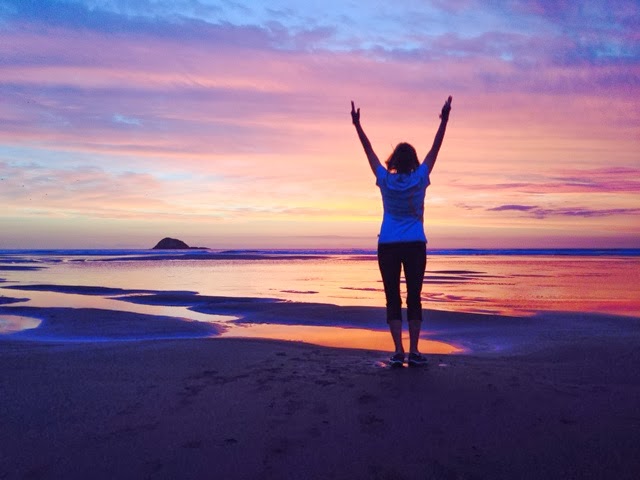 After Muriwai we drove further north up to ultimately; doubtless bay. We stopped along the way at various points through the Waipoua forest to view the magnificent kauri trees. The largest Kauri tree in New Zealand is called Tane Mahuta – ‘lord of the forest’. Trunk height is 17.7 meters and trunk girth 13.8 meters. Total height 51.5 meters. Pretty amazing! Not sure if you’ll see me in the picture below, but I am there! 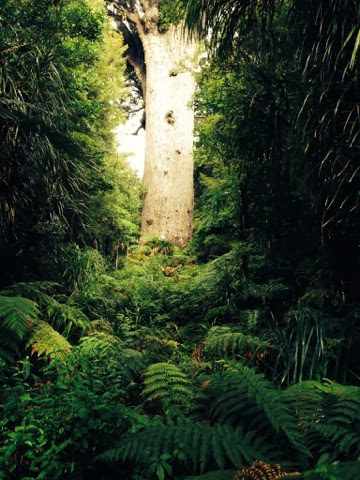 We also ventured to the kauri museum. Fascinating information about the kauri trees. All remaining living trees are now severely protected after the Mauri’s and later European settlers had destroyed a rather large percentage of the trees for industry. 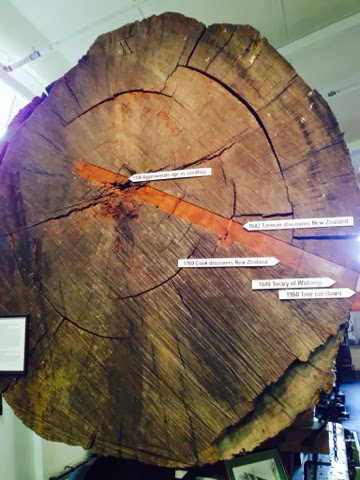 It was rather nasty weather when we arrived at Mangonui. This is the small seaside town we are staying in for two nights. The next day was even worse! However we decided we would still drive up the coast to the most northern point of the New Zealand mainland. Cape Reinga. Once we arrived we walked right down to the lighthouse. Usually you would see a view of the Pacific Ocean and the tad and sea meeting. However, today you couldn’t see much further than 40 yards ahead of you! Bit of a shame, but nevertheless we still went there! 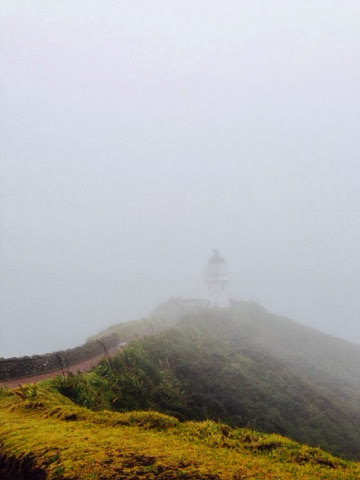 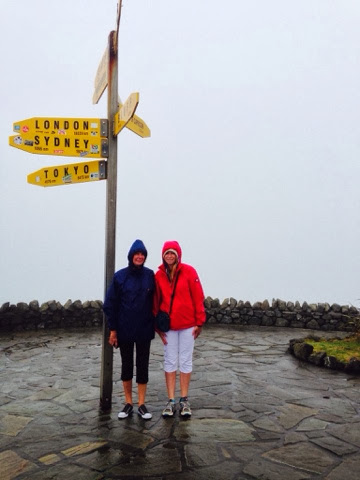 After this we made our way south again stopping off at the 90 mile beach for a walk and then also at some GIGANTIC sand dunes. Biggest I’d ever seen and we stopped to climb up them before the rain set in. 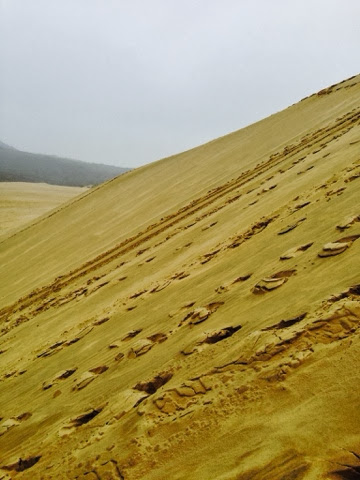 Back in Mangonui we went for an awesome fish and chips. World famous apparently! The restaurant was pretty amazing I have to say.

The next day we awoke to blue skies and sunshine. I was glad of this as it meant we saw Mangonui in the sunshine too. It was beautiful! We drove up the coast to the kari kari peninsular and visited the kari kari beach and also a Winery where we sampled local wine and had lunch. 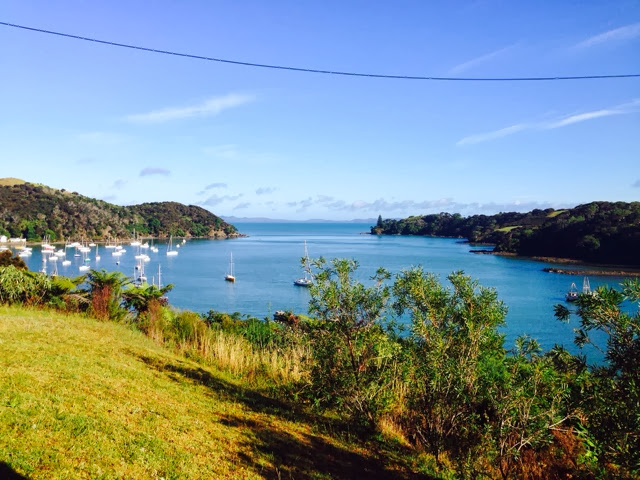 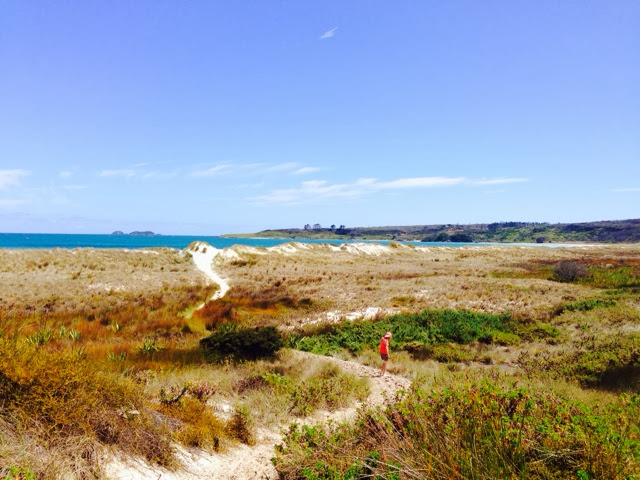 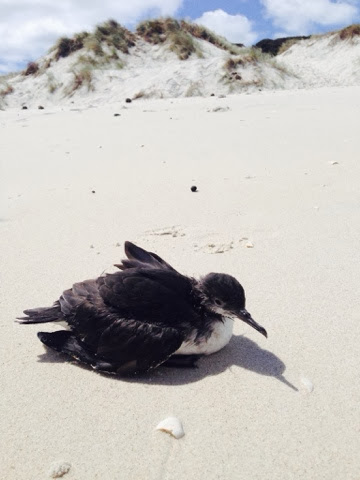 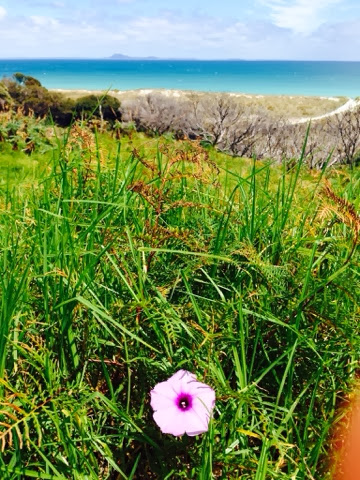 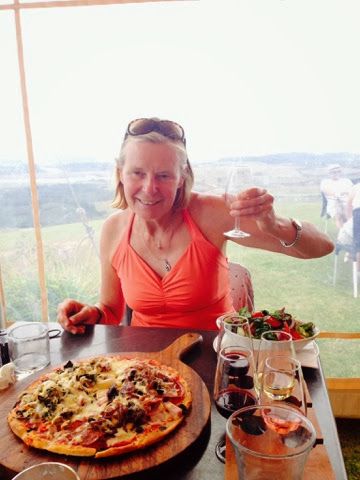 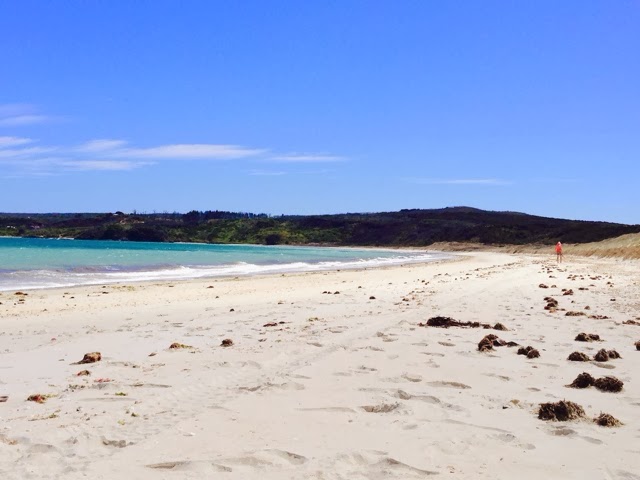 Finally after a night in whangerai we drove back down to Auckland where we had two nights before embarking on our cruise ship to Hong Kong! In Auckland I managed to catch up with university friend Lizzie which was really great. Unfortunately the second day I was very ill and stayed in bed most though day. Contrary to what others may say it was not alcohol induced. We had stayed in devonport, a lovely suburb of Auckland that overlooked the CBD itself. We took a drive up mount Victoria. Actually a volcano. And took some panoramic shots of the city before dropping off our hire car and getting onboard the ship. 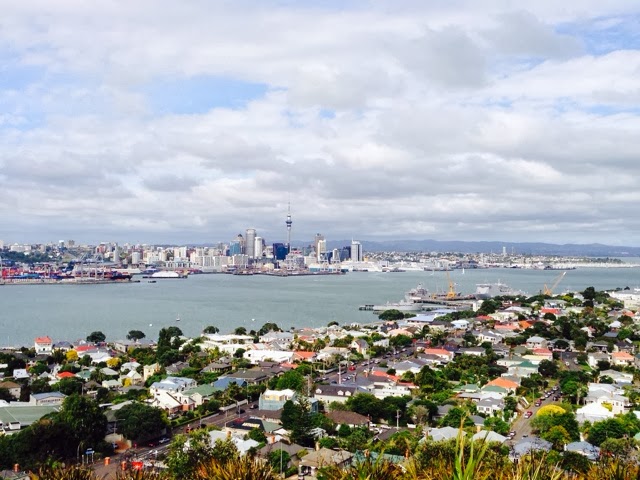 One thought on “Taupo, Matamata, Muriwai beach and the northlands”