I had no idea what to expect upon entering Christchurch. I briefly stayed here for one night earlier on in my trip before taking the early morning tranzalpine train across to greymouth on the west coast. Then, I had stayed right near the train station, a little walk from the centre of the city. But I didn’t really delve into the Christchurch centre. I knew I was coming back.

On arriving here today, it initially seemed like a normal town. Driving into the suburbial areas I could have been in any other town. I mean, it wasn’t rammed with people; this vast country only has 4 million residents. But it still held this chilled kiwi vibe of locals going about their Saturday morning business. In observation Christchurch feels very flat considering it’s surrounding coastal heights. And very flat compared to all the other cities I have been to here.

We dropped off our hire car at the airport and took a bus into the centre of the city.

At first I thought, ‘wow all the damage of this quake must be in the building foundations, and the water supply systems must have been damaged’, ie. it must be very internal and really affected the city under the ground, far beyond what we could perhaps see.

However, as we got closer to the centre I spied for the first time a house boarded up. Then another, and then buildings with fencing around them. Smashed windows. Spaces filled with rubble. 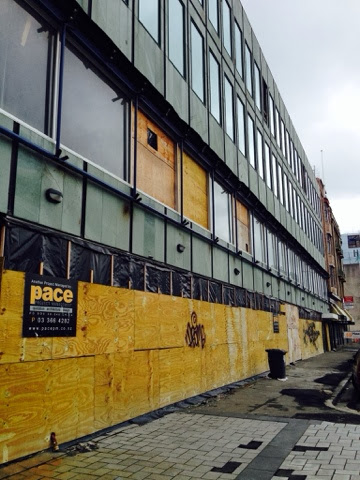 We got off at the city centre and here wandered into the ‘Hub’ of the city. It was so quiet. Shops and buildings have this post-apocolyptic feeling of having only just been abandoned. Mannequins standing naked in shops that are surrounded by metal fencing and ‘not safe for pedestrians’. The centre of this city has this atmosphere that embodies a cross between a grand theft auto video game, an abandoned perhaps disease-ridden city and a recently war torn district. The latter being the most truthful evaluation of Christchurch city centre when I stood in it; the war of nature vs humanity and our habitational infrastructures. In this case nature appears to have won. 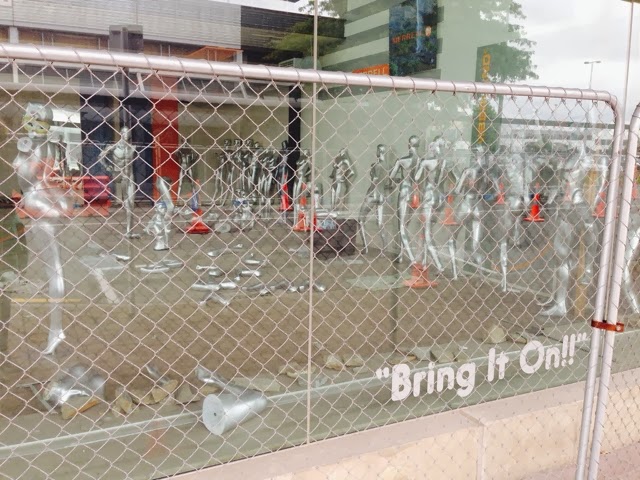 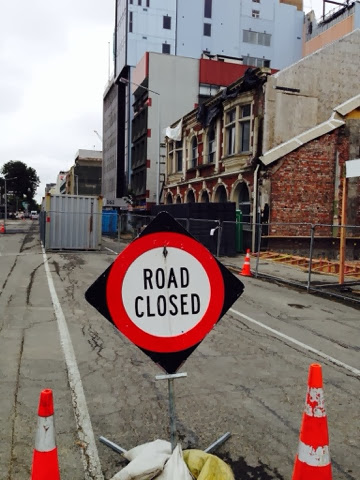 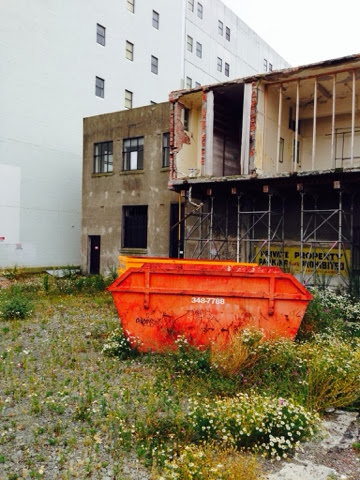 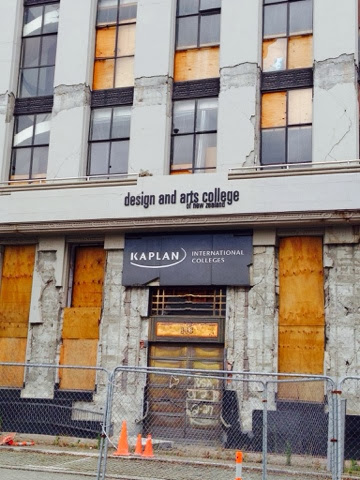 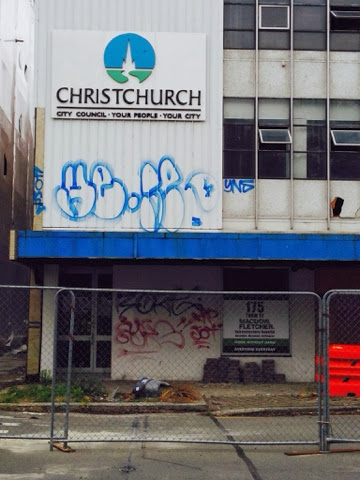 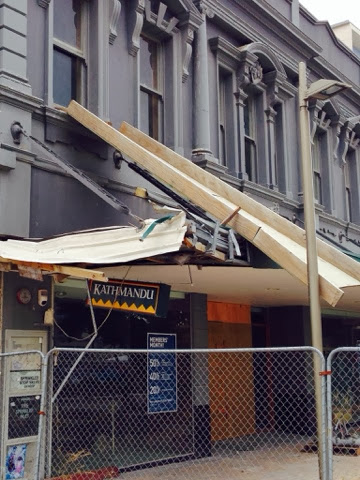 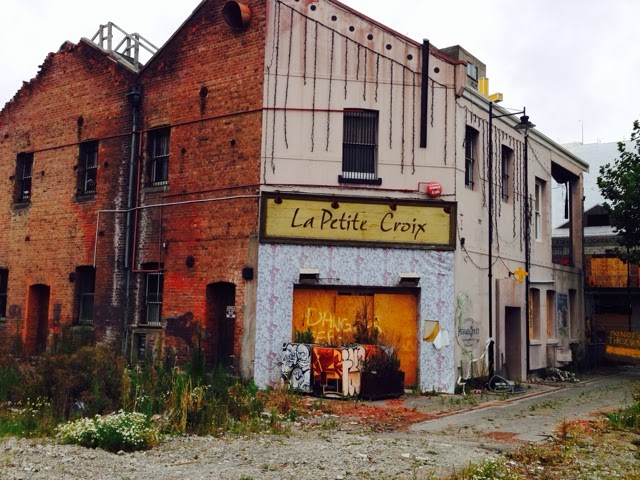 It’s really rather sad, and for the first time in a while I was left speechless. Wondering further into the devestation depressed me further. For it is depressing. Quiet and virtually empty on a Saturday summer lunchtime in this capital of the South Island, I felt displaced. In other cities you can usually blend in. People everywhere, hustle and bustle. There were people yes, but just like me, predominantly tourists; curious about this city so shattered by this relatively recent natural disaster. 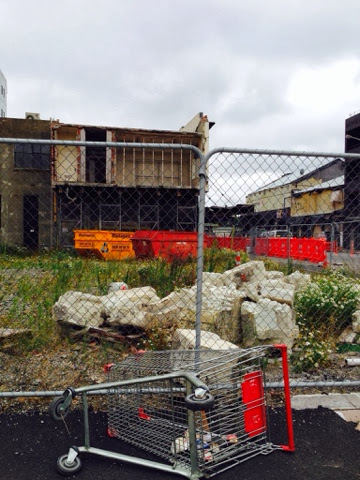 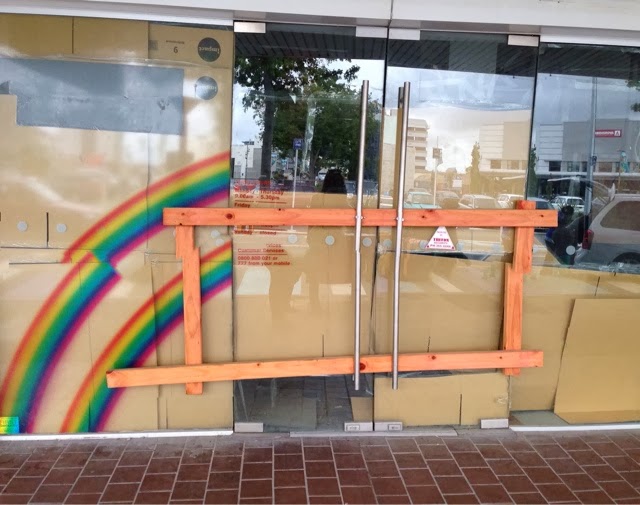 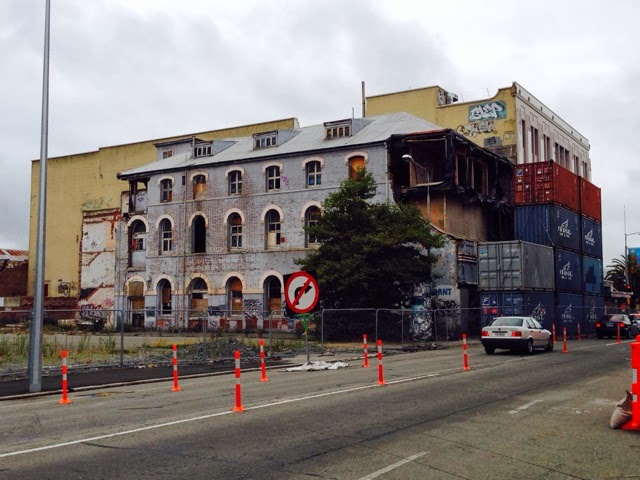 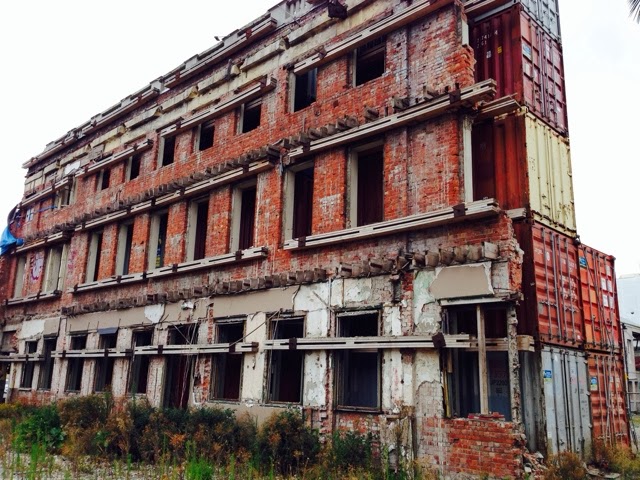 The cathedral seems to be the most poignant building in this case. Old, beautiful and obviously prior to the earthquake a central beacon revealing the heart of this place once entitled ‘the garden city’ 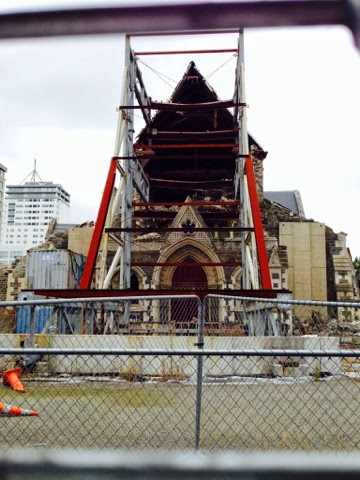 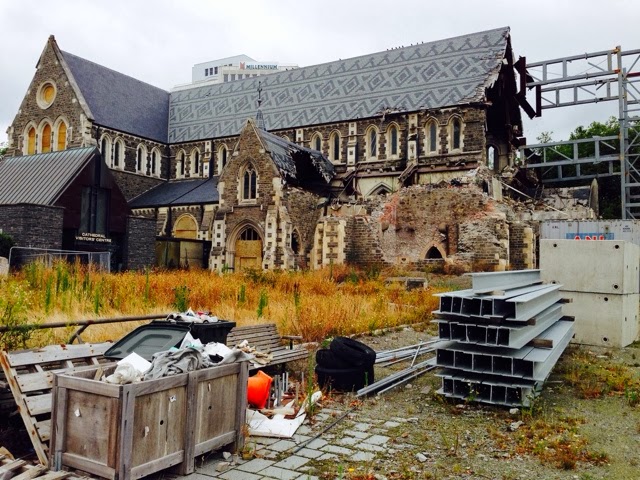 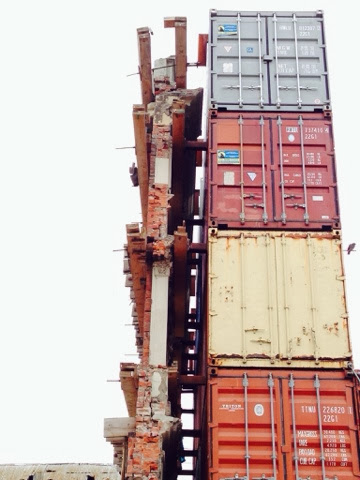 Amongst the wreckage there is hope. A now smaller community of people remain and gradually the country endeavours to build the city back up again, piece by piece. 3 years on this month and we discovered that the last portaloo had finally been removed from the city. Some thousands were deployed after the 2011 earthquake. Local artists have teamed together to decorate fencing and scaffolding and create art out of the wreckage. An attempt to brighten up the otherwise grey and dampening surroundings. A temporary shopping mall has been set up and is made out of shipping containers. This may sound grotesque but actually it brightened my day and indeed my depressed outlook into something quite bitter-sweet. It was beautifully and artistically created and I felt a real sense of drive and compassion for the residents of this city who want to restore it to some kind of resemblance of what it once was. 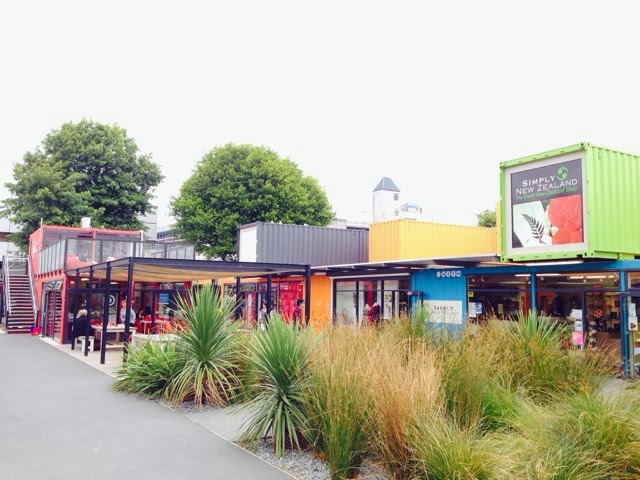 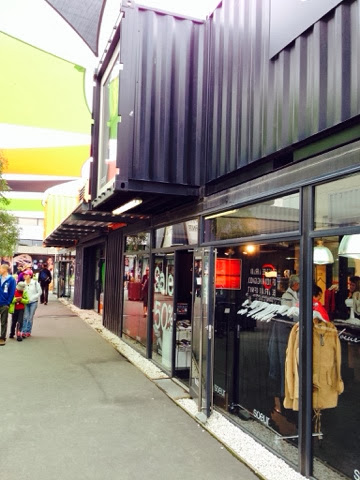 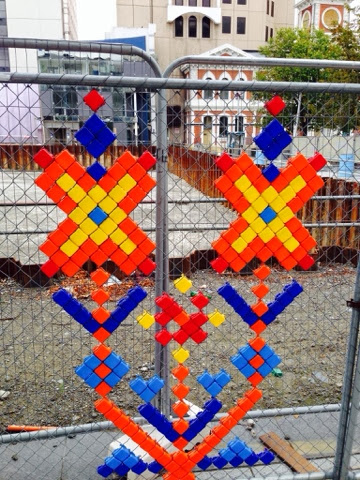 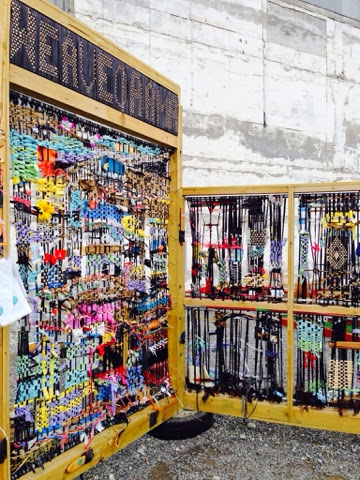 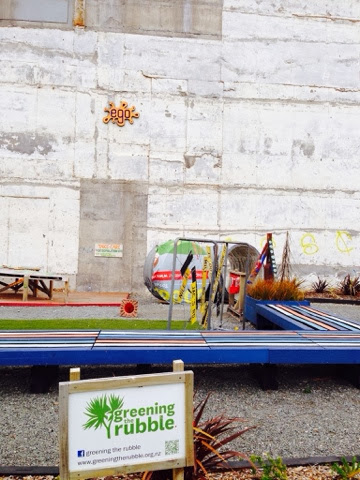 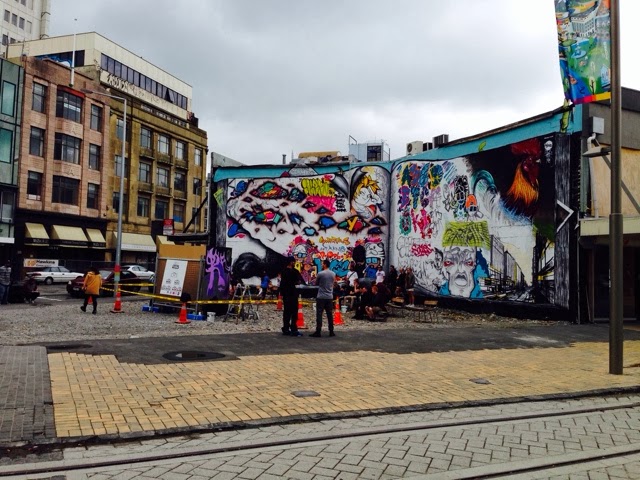 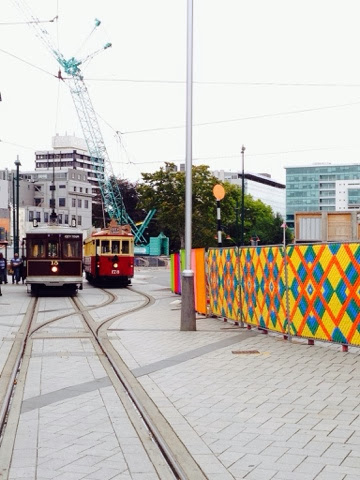 I had never been here before. But I saw the postcards of its prior beauty. Petitions are forever being signed for the safe keeping of old buildings. The cathedral is one of those in question. There seems to be a real divide between those who want it restored and those who think it should come down. Buildings have been pulled down all over the city leaving gaping holes or blank canvas’; whichever way the onlooker would perceive. 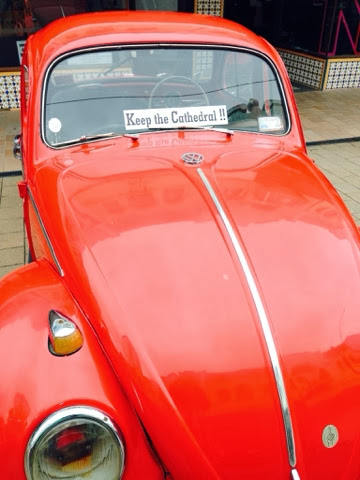 Comparing Christchurch to everywhere else I have been in New Zealand is almost ridiculous. It feels like another world here. New Zealand has by far been the most beautiful country I have ever visited. What contributes drastically to that beauty is the lack of people. Particularly in the south, out of the major cities it’s as if you could be the first person setting foot on the land of some places. On a grander scale it feels like the UK could have been like this a few hundred years ago.

Even in the big cities it is quiet; for a city. I have become very used to this quietness, but Christchurch quietness is a whole different level. Too much emotion and tragedy comes with it.

I am glad I have visited Christchurch and not just written it off as somewhere there is no point in going to. There is every point in going to it. It needs tourists, it needs funding and it needs predominantly: people. People will be what brings this city back to life. And they are getting there of course! Just I reckon it will be a good 50 years or so before this city begins to feel like it perhaps once was. 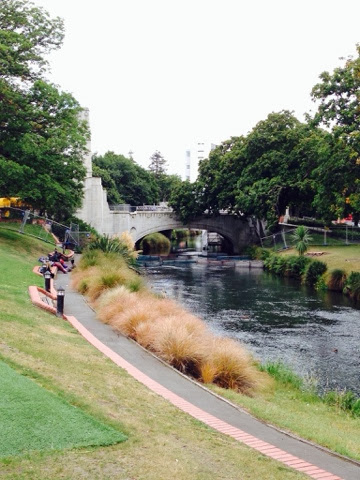 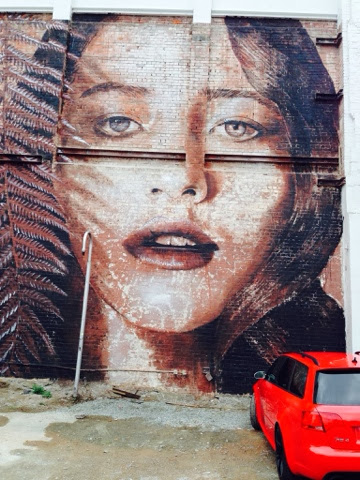 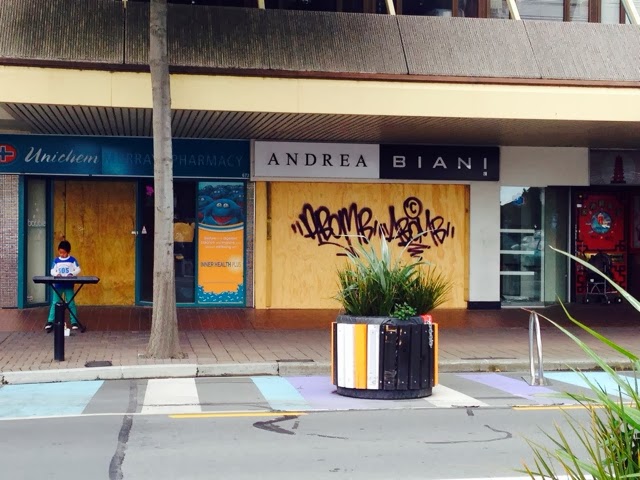