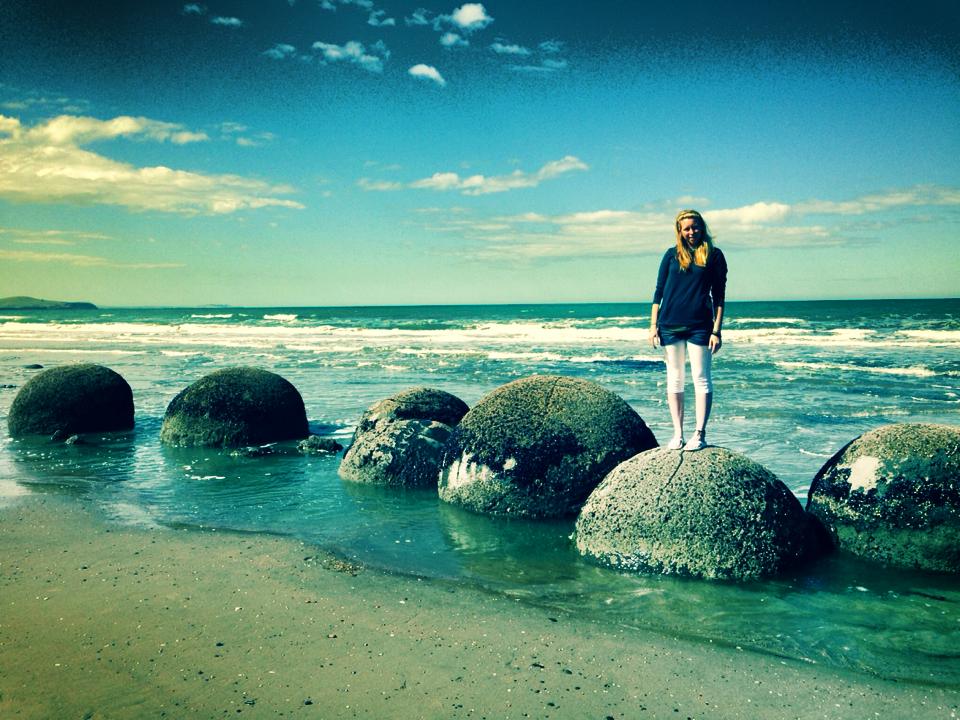 We made our way down to the beautiful railway station building. Apparently the most photographed building in New Zealand. You can see why. Inside, royal doltan mosaic tiling all over the floor. From here we picked up the Taeri gorge railway ride that took us- funnily enough- through gorges and up into mountains before returning back to Dunedin for lunch. 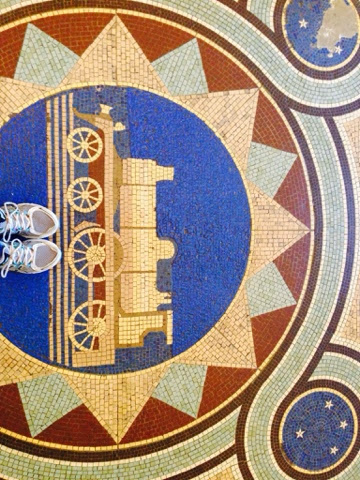 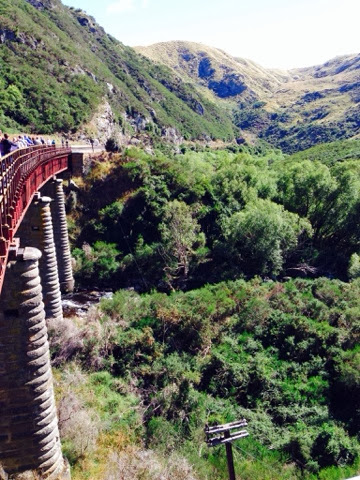 After a quick lunch we made our way up to Timaru. However we stopped off at the Moeraki boulders. Fascinating almost completely spherical rocks located on Moeraki beach. 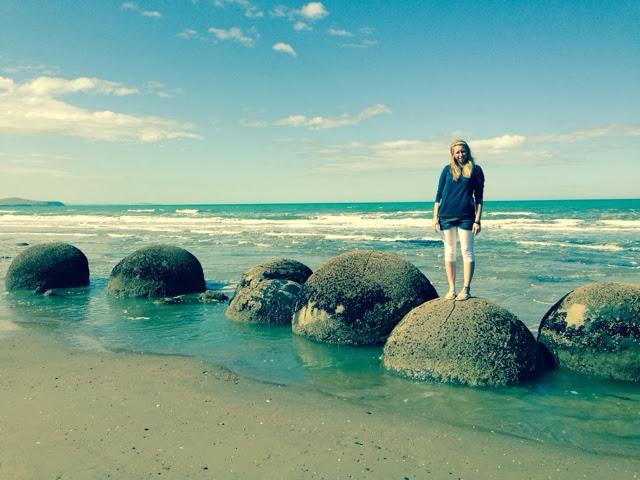 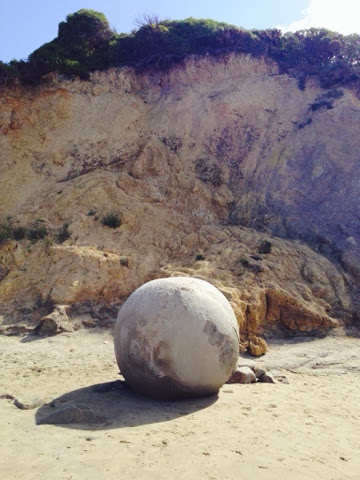 We also stopped off at ‘Shag point’ (giggle) where there was no humans present but an abundance of seals and sea lions lazing about on the rocks. 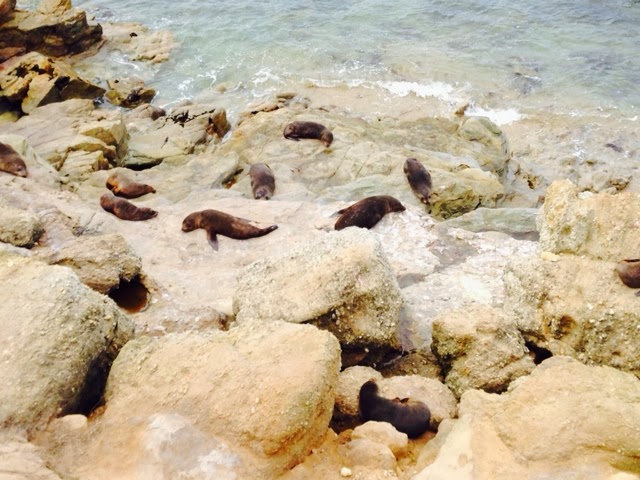 In Timaru we stayed in the nicest B&B I think I ever stayed in. Made our way down to the town centre where we ate a lovely Italian meal before mum insisted we sat by the beach and watched the penguins come in for the night… 45 minutes later; no sign of them… Got to 10pm and still no sign of them. Finally we saw one!! Yay!! Apparently he was just the scout though as no more appeared and it went back into the sea. However, we were satisfied with seeing one and retired back to the B&B for the night.

The drive up to Akoroa the next day was about 3 hours and included no stopping. Mainly because we had heard from auntie Claire that she was in Akoroa and was up for meeting for lunch. Akoroa is a town based on the banks peninsular which is just below Christchurch. We are due to stay here two nights. The drive down to Akoroa was another beautiful one! We saw Auntie Claire who seemed in good spirits albeit a little homesick, and when she left after coffee (off up to Christchurch and then making her way back to the UK) mum and I checked into our motel for the next two nights before then wondering around the particularly French style shops in this pretty sea side town. 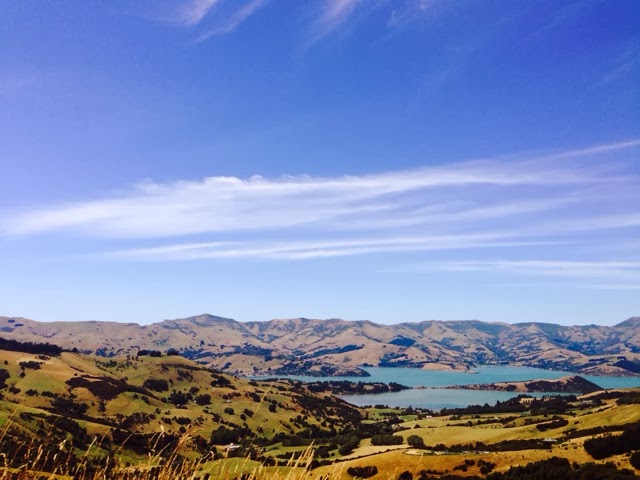 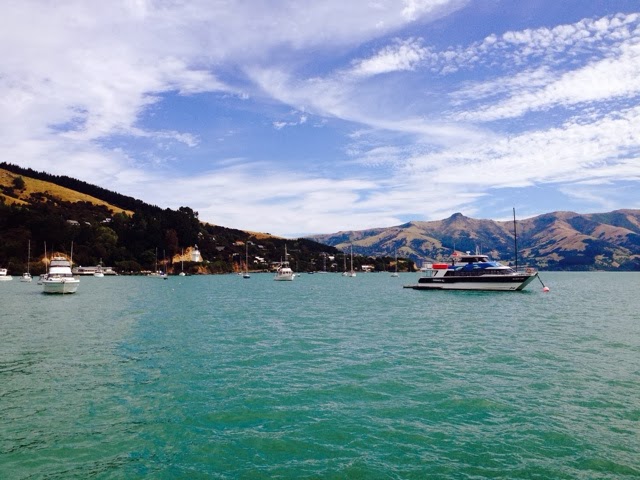 The following day was chilled. Caught up on correspondence, wondered around the shops. we booked ourselves onto the penguin 4WD experience for that evening at 6pm.

This was truly fandabadosi. We were taken over a volcano, off-road, on winding cliff tops down to the pohatu marine reserve. The drive was a little hairy in places but pretty fun. Once we arrived we were greeted by a lady who lived on the apparent only property there with many sheep. We fed the sheep and then listened to a talk about the penguin reserve and how they came to set it up and monitor the penguins. The whole hillside is used by thousands of little blue penguins for mating and nesting and returning to in the following years to malt away their feathers depending on the season. Because the penguins are now no longer threatened by such animals as possums they actually nest right up into the hills often a good few kilometres in from the ocean! 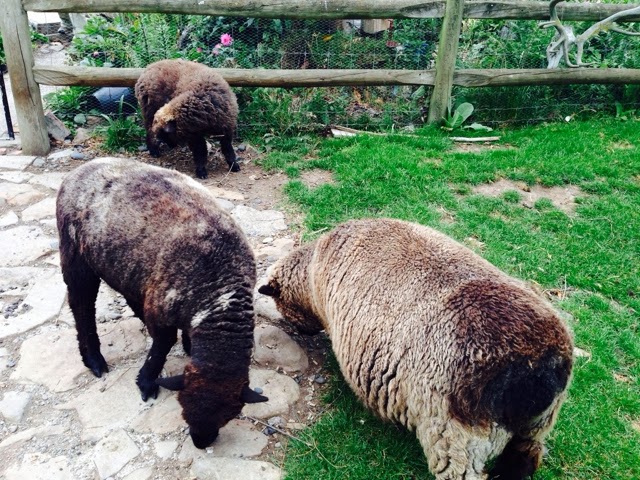 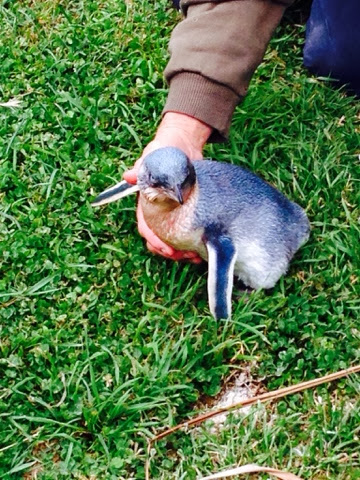 The reservation has also set up man made penguin nests for the penguins which they use. But they also nest anywhere and everywhere including underneath the house or woodshed. 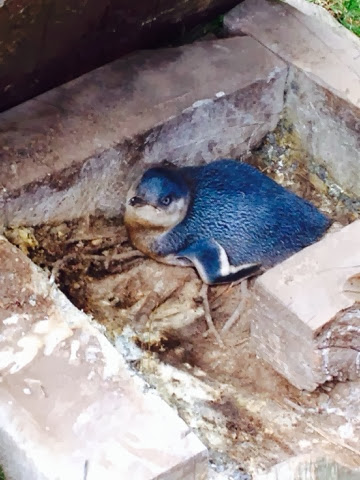 Our guide took us out on a coastal path educating us in all this, and then we waited in camouflaged gear in lookout huts. Here we were waiting for the penguins to retire to the land for the evening. We didn’t have to wait too long before they gradually started coming in. Was lovely to watch. On our way back to get the 4WD back over the volcano to Akaroa I was leading the way. It was dusk and a very low light but I stopped very suddenly and watched as two penguins (mum and dad) waddled across our path and to their nesting site where they stood preening themselves before entering inside. I felt Ike I was in some kind of Attenborough documentary. 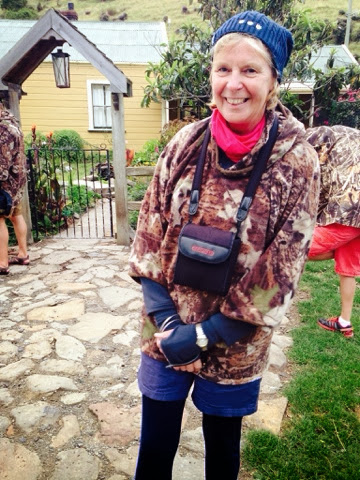 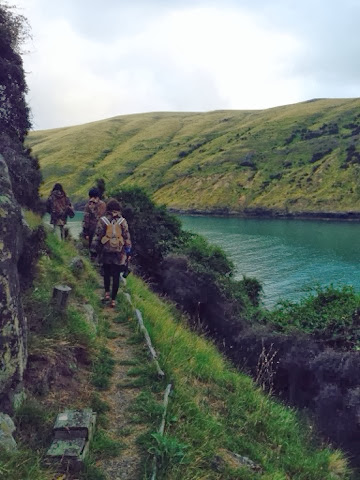 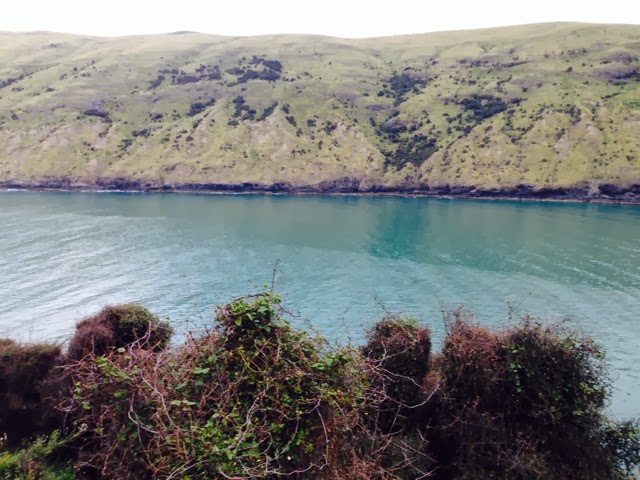 The penguin tour was a highlight of Akaroa for me. Very glad we did it! 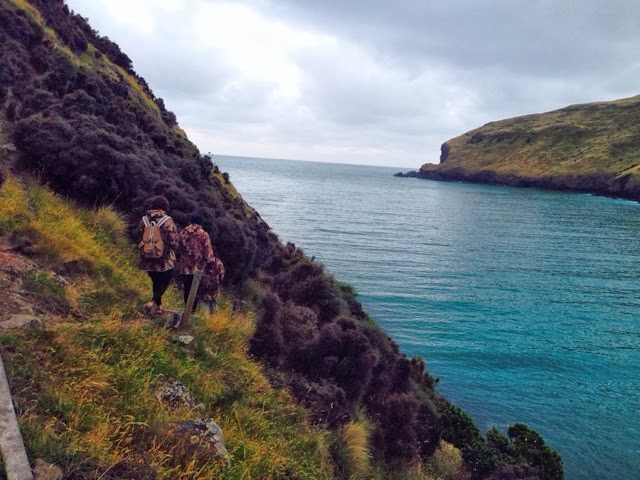 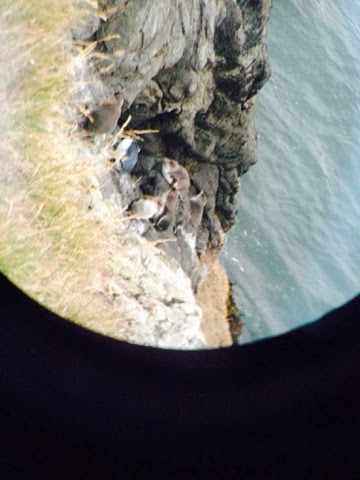