I left Auckland – New Zealand on February the 11th on a voyage across 10 seas, 6 time zones, stopping at 8 ports of call over 26 days and sailing approximately 7376 nautical miles ending up in Hong Kong.

The average age of life Onboard the ship: probably 60.

The amount of passengers Onboard: 1800 (approx)

Launched in the year 2000 this world cruise is Auroras 15th year of cruising itself. At the end of this year it goes into dry dock for a whole new refurb. In fact the whole P&O fleet will be having a whole new look. 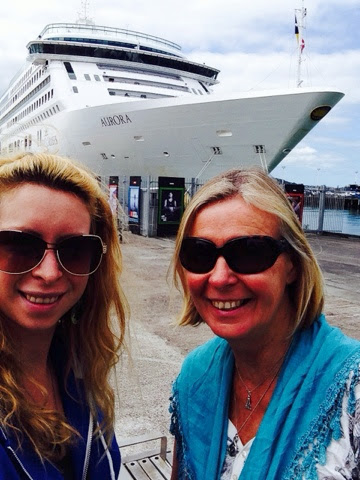 All in all I am pleasantly surprised with the ship. I had read reviews before embarkation that gave the impression that the ship was very tired looking and old, that the food was bad and there was a snobbery amongst the passengers. (Those that are on for the whole world cruise looking down on those who are just on for one leg of the world cruise) I think it’s fine. Well at least I think the ship is lovely. The people…. Well mostly all I have witnessed is excessive complaints about anything Onboard. The passengers are majority Brits. It’s safe to say they are from all walks of life and all different areas albeit Southern, Northern, Scottish, Irish, welsh…take your pick. 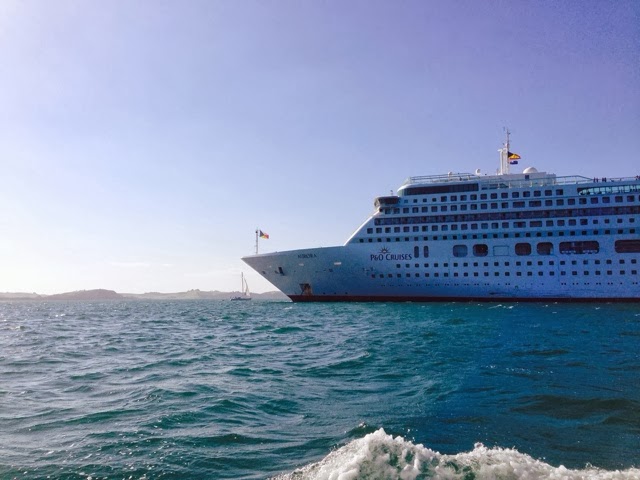 I haven’t massively socialised with many Onboard. At dinner we are sat with a nice couple from Plymouth. Unfortunately upon first meeting them they were complaining about their experience Onboard. Food below parr, shore excursions not good, internet not working. They had the very unfortunate experience in Pago Pago (Samoa) of being attacked which had severely marred their trip – understandably.

Every evening the lady of the couple barely touches her food and often says it’s disgusting and refuses to eat any further. This results in the head of the restaurant coming over to ask if everything is ok, offering to resolve the problem by bringing out something different. When asked what was wrong with the food, she hasn’t much to say and all the staff are fluttering around her trying to keep her happy. It’s pretty cringe to be honest. These poor guys (in general from the Philippines or from India) genuinely concerned and with every day getting increasingly impatient.

For me the food has been great. Probably exactly what I would expect from a floating vessel occupying several different seas around the world over 105 straight days. In fact with this in mind it’s actually pretty incredible.

The wait-staff are great too. Our wine expert person Emerson (from the Philippines) is an absolute legend. We found out last night that tomorrow when we get to Manila he will be going to see his wife and first born baby. We asked how old the baby was and he said two months old. He has not yet met his baby!! He showed us pictures of his wife and baby though. The baby is called ‘Emerson Malbec’ Malbec being Emerson’s favorite wine. I found it incredible and emotional that he had not yet met his baby. I can only imagine the excitement he must be feeling about meeting him tomorrow. It’s his first born child! But even then, that will be for about 3 hours and then he will be back on the ship for probably another 3 months.

It really puts it into perspective. I mean, i’m starting to feel a little homesick from time to time. I guess it’s because I know home is now no longer that far away. 5 weeks to be exact. But when I think of Emerson having never even met his son it hits me that I should probably just shut up with the internal dialogue regarding homesickness.

Life Onboard a ship for 26 days is bizarre. Yes there are things to do. But nothing that massively interests me. So I have spent an awful lot of time reading and writing and watching movies and walking around the ship.

The ports of call break up the journey for sure.

From Auckland I began a journey that will take me all the way back to cublington England without stepping foot on a plane! For me this is a massively big deal. Having been able to sort out Russian, Chinese and Mongolian visas whilst I was in New Zealand; it meant that I will be able to partake in a transiberian journey from beijing to Moscow, something I have always wanted to do.

I spend a lot of time being fascinated about how one can travel overland without getting into a plane. I guess this mainly revolves around my fear of flying. I genuinely didn’t believe I would be going all the way from New Zealand to England without getting on a plane, but it is happening and I am extremely excited.

I don’t know about you but I’m one of those people that sits and spends hours pouring myself over google earth. Looking at routes you can drive throughout the world. Searching the seas for exotic islands, and then when finding them putting it onto satellite view and zooming in. I consider myself quite the google earth explorer!

In fact I found that you could actually probably drive yourself from London to Singapore. There are roads that connect Europe with Asia. A mammoth trip I am sure but not that dissimilar to the one I am now embarking on.

So, the cruise takes me from Auckland to Hong Kong in 25 days:

First port of call was the bay of Islands. This is still in New Zealand. It was an overnight on the ship to get there and from here we anchored in the harbour and took tender boats ashore to go and explore. Mum and I booked ourselves onto a tour that took us to the waitangi treaty grounds. It is at this location where Maori chiefs first signed their accord with the British crown on February 1840; creating new Zealand’s founding document. The grounds feature the historic treaty house, a Maori carved meeting house and the worlds largest ceremonial war canoe.

The ultimate intention of the treaty of waitangi , from the crowns perspective, was to protect Maori interests from the encroaching British settlement, to provide for British settlement and to establish a government to maintain peace and order.

It was an interesting tour around the grounds, and you could see evidence of european and Maori culture merging together in one place in a seemingly harmonious nature.

From here we then went to visit the oldest building in New Zealand before looping back around to pahia, the small local town nearby where the ship had anchored. It was a beautifully sunny day and mum and I wondered around the market stall and shops before then getting the last genre back to the ship.

We then took two days to cross the tasman sea back to Sydney. Here we stayed two nights, one of which we stayed at Sharon and Mario’s out in schofields; where we had been for Christmas. 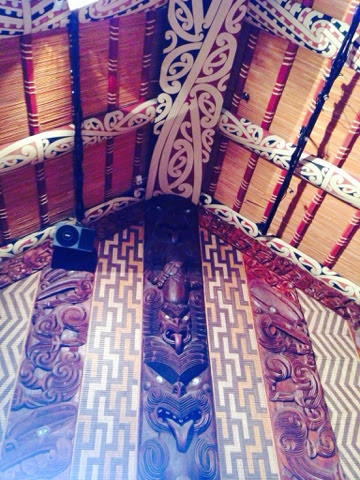 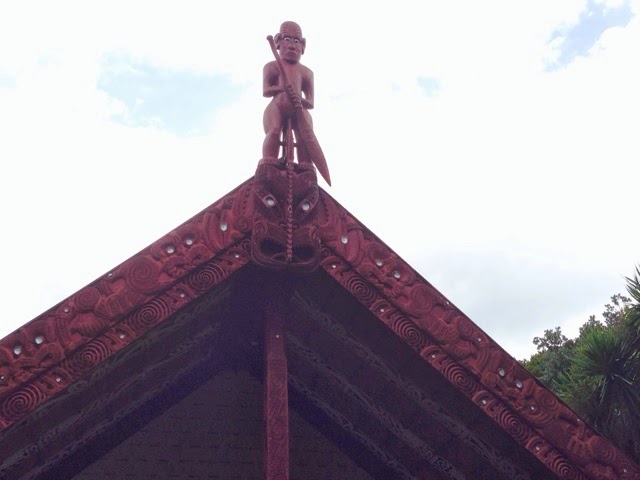 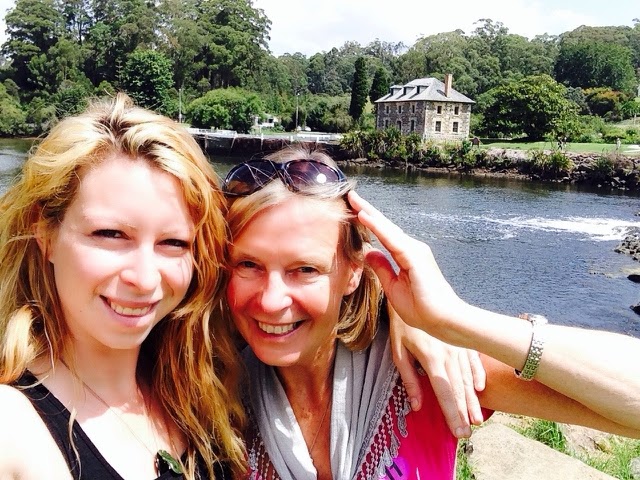 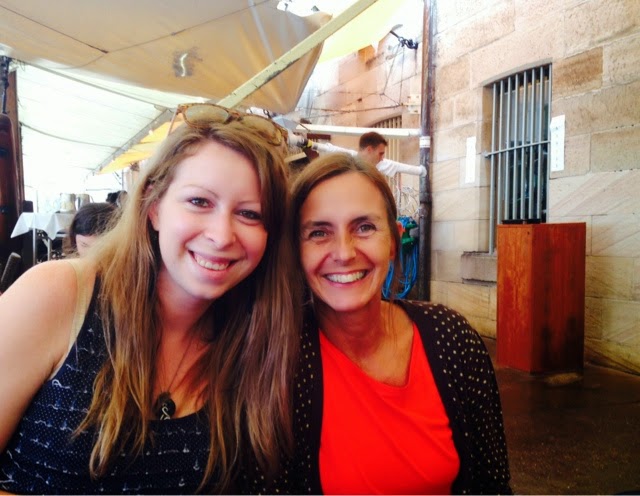 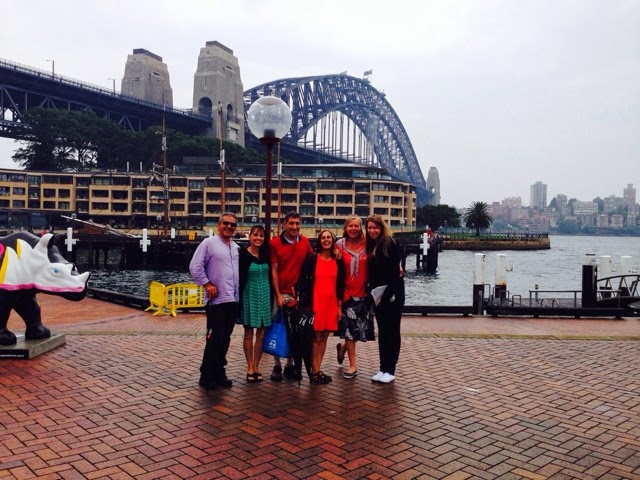 I was epically sad to leave Sydney. I have no idea when I will be there again. Fortunately we are returning the favour as next Christmas my cousins are coming to have Christmas with us in the UK! So very much looking forward to that. Also jane and Giovanni will be over in June so we’ll see them then too.

After a lunch with them all down near the rocks, mum and I dawdled around the shops until boarding the ship and waving a very sad farewell to Sydney.

Next stop, after a day at sea; Brisbane. It was also mums birthday! So after some present opening and breakfast we disembarked the ship and hopped on a bus to the city centre. Here we literally shopped, found internet, spoke to the boys and dad at home and then took a beautiful journey on a river boat back to the ship. We also got to see my friend Taylor very briefly before we embarked again which was great. 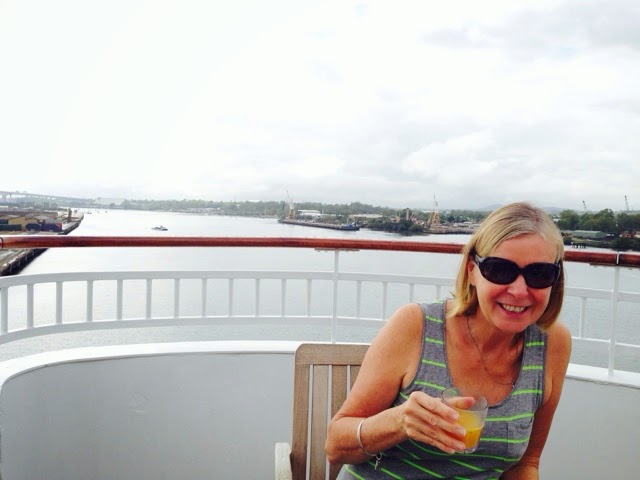 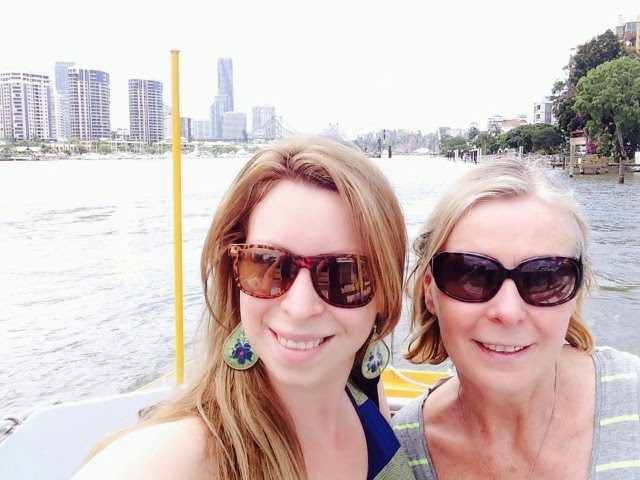 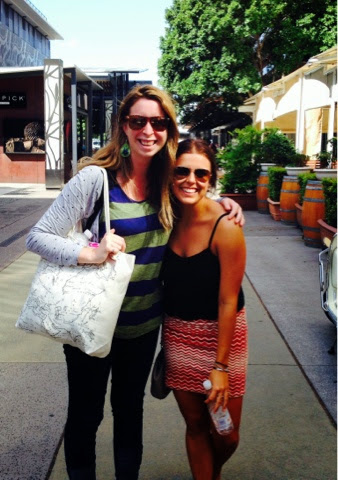 Last time I was in Brisbane was 2005, and again as we pulled away I felt an overwhelming sense of sadness not knowing when I would see that city again. I think having been to Australia before, in many ways going back there was like going to a second home. So going back again for the third time made it difficult to leave.

The final stop in oz before the continuing leg of the world cruise was the Whitsunday Islands. Here we took an Eco tour speed boat out to various islands with stunning soft reef and snorkelled staring at the coral and exquisite coloured fish. 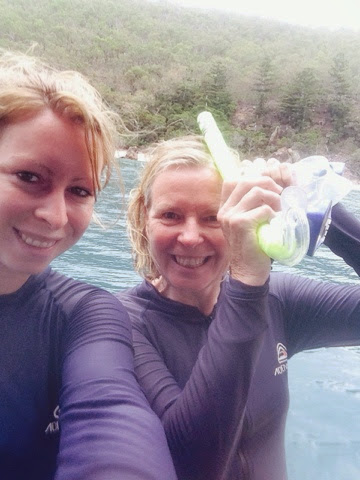 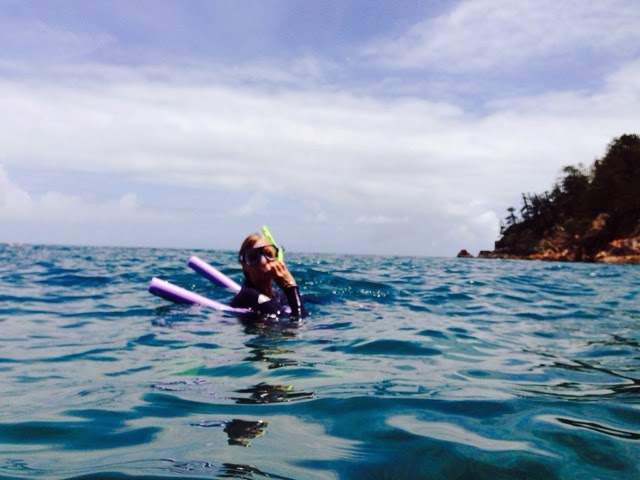 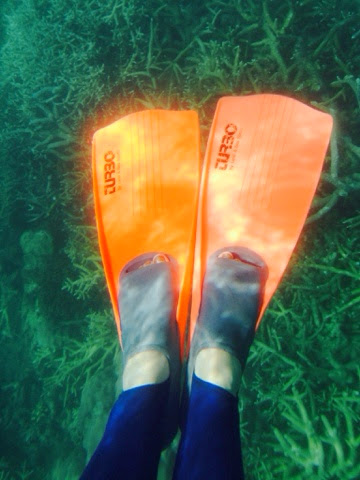 We then took a stroll, a shop and for me yet another trip down memory lane in Airlie beach. I came here and did an overnight boat trip around the whitsundays with best friend Catherino back in 2005.

At about 6.30pm we took our last steps on Australian soil for this trip and we took the last tender back to the ship. Pulling up the anchor, Auroura began the long 6 days at sea journey to Manila in the Philippines.

We hadn’t seen the last of oz though! The following day we anchored at Yorkeys knob (cairns) where customs had to come onboard the ship and officially ‘depart’ everyone Onboard from Australia. Bit of a weird system, but it did give us a beautiful morning with views over cairns and the turquoise coral sea.

The following day we saw the last bit of land of oz. The most northern point of Australia actually! This was very surreal. Very light blue/turquoise waters. Indeed at one point we were told that the depth below the keel was only 50m. 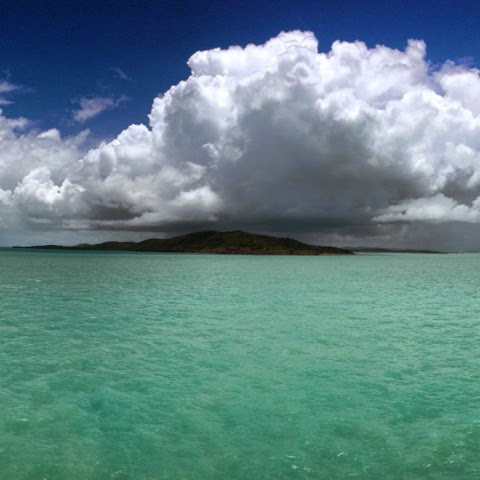 The Australian reef pilot had been Onboard assisting the bridge through the reef since Brisbane. On the last visible piece of Australian land there is an island where a pilot boat came out to pick up the reef pilot from the ship and take him back to Australia. This requires the ship to slow right down and a simple ladder on the lower deck to be lowered to the pilot boat alongside the ship. Fascinating to watch.

Then that was really it. 5 days left at sea before setting foot on solid ground once more. I’m sure I will have more conclusive comments on the experience of 26 days of cruising once I get to Hong Kong where I disembark for the next and last part of my travels home!