I am aware I have not kept quite on top of this blog of late. Several reasons why but nevertheless I shall now endeavour to fill you in.

After the majestic and stunning doubtful sound, we made our way down to bluff. This is the town on one of the lowest tips of the South Island of New Zealand. We passed through Invercargill, stopping at a museum to see real living dinasaurs (genuinely) and from here headed to bluff for one night before departing by ferry to Stewart Island. The ‘anchor’ of New Zealand. 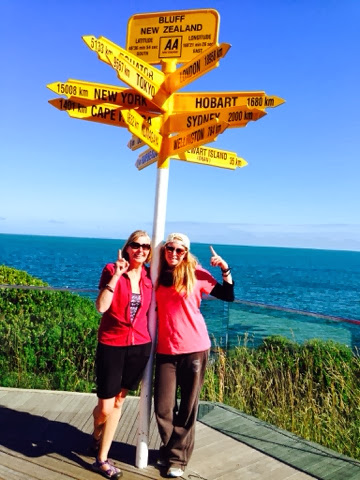 Stewart Island has one town. Oban. Here we were greeted off the ferry by 2 ladies who ran lodges. One of which we were staying in for 2 nights.

Once settled we were free to explore the island. It’s history is entangled with Maori settlers and then European settlers. A huge whaling industry was once here. Now oysters are farmed all around the island.

The number of locals is the equivalent to that of a small town in the UK. The island itself is huge. 99% uninhibited and basically untouched.

We wondered around the town, visited the museum, ate in both of the two restaurants over the course of our stay and walked through rainforest paths to stunning little beaches. The whole island reminded me greatly of the scilly isles off the coast of Cornwall.

Not to my liking… Mum had booked us on a small flight to the other side of the island where we were to ‘tramp’ back. ‘Tramping’, ‘hiking’, ‘rambling’, ‘trekking’… I am yet to find out whether any one is different from another. 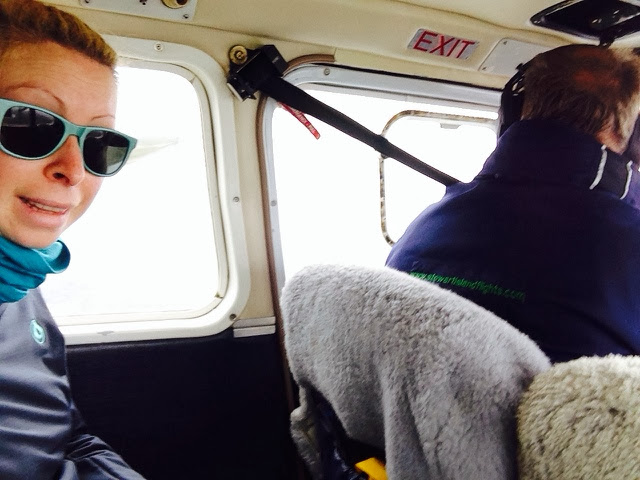 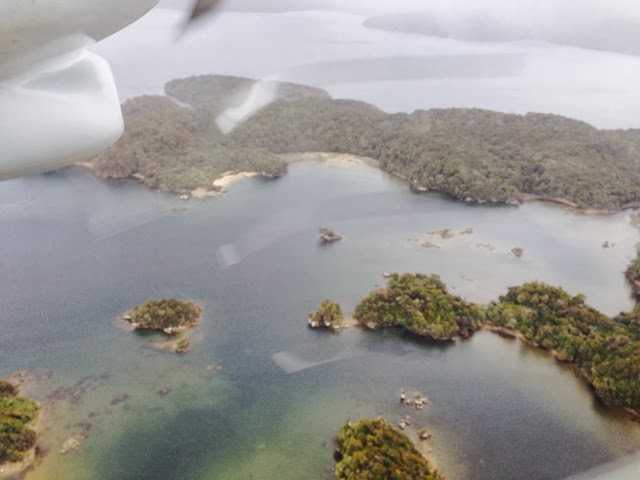 The tiny flight was the smallest plane I ever saw and it held just 8 passengers. In this case there was actually only four. Me and mum and a couple.

The journey itself took 10 minutes. I was sat directly behind the pilot. It was very bizarre! There was a lot of wind and therefore we bumped around all over the place. The pilot didn’t seem to think there was a problem. In fact he would turn the plane in a particular direction just to show us something of relevance. 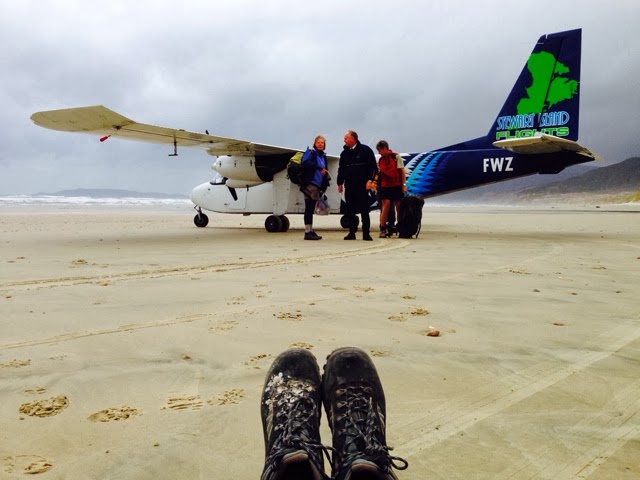 We landed on a beach. Masons bay to be precise. I have to say that although I hate flying an awful lot this whole experience was spectacular. Particularly landing on the beach. Not something many people will do in their lifetime I expect.

Once landed and taken off our overnight backpacks the pilot waved and took off again. Mum and I then made our way on a four hour tramp across the temperate rainforest climate type landscape to a hut where we would stay for the night.

The walk was beautiful. A bit hairy in places! You have no way of communicating with anyone once you’ve been dropped off. No phone signal, no internet anywhere. If the weather has been bad and floods the path we would have to turn around and sleep in a hut near the beach we landed on for the night. Fortunately there was no flooding and we tramped through the marshlands and shrubbery stopping only a few times for lunch or snacks. Certainly once we noticed these mini maggots and leeches and sand flies all over us we picked up our pace. At the end of the day I counted about 20 bites on each leg and feet. Ridiculous. 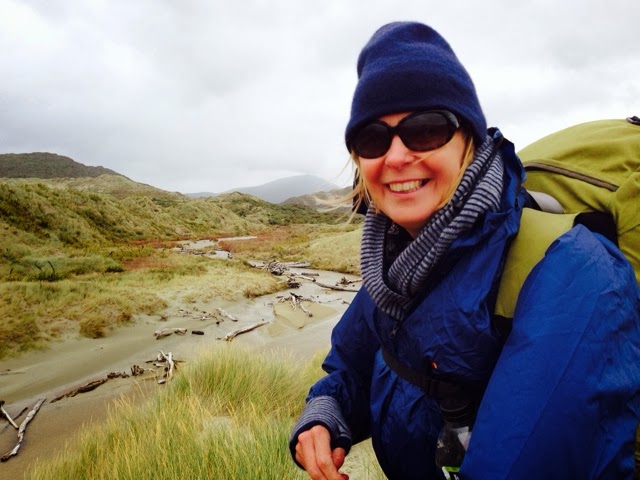 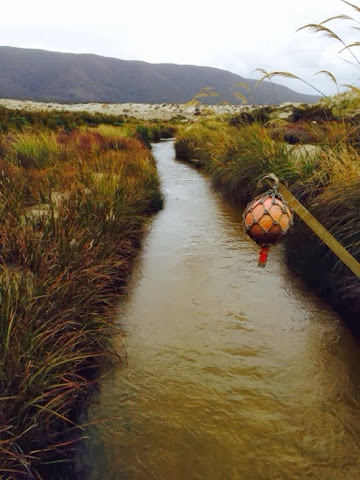 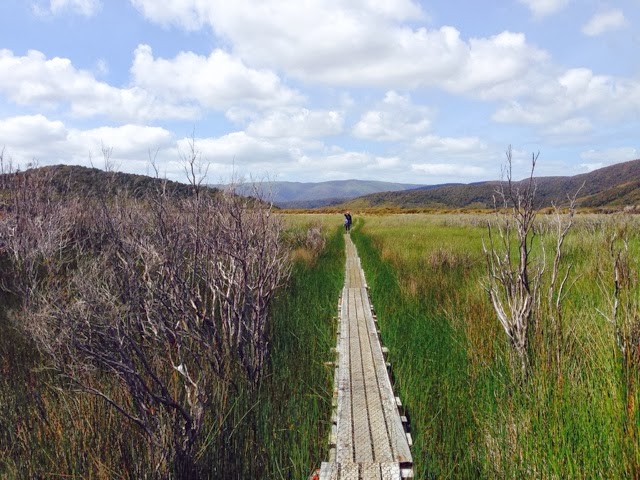 The huts are simply there for you to sleep in. Bunks have been constructed and there is a basin and an outside toilet/long drop. If you are lucky you end up bumping into other trampers who are staying in the hut too. This means a potential social evening and lots of meeting and storytelling and comparisons of your separate tramps. 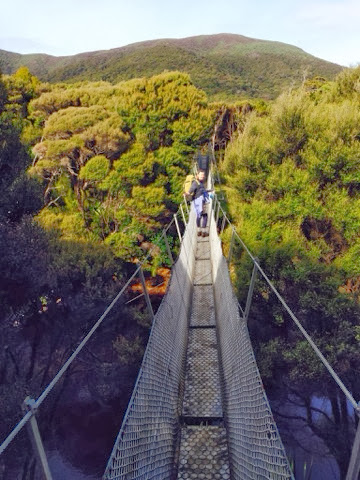 We took probably the smallest tramp there is on the island. It would take approximately 11 days to walk around the tramp tracks around the rough perimeter of the whole island.

We met a guy called Steve. Probably in his 60’s from Chicago and he had just come down from the northern track and was spending the night with us. No one else arrived and so we settled in lighting a fire and making dinner. We then played cards until we were literally too exhausted and had to go to sleep. 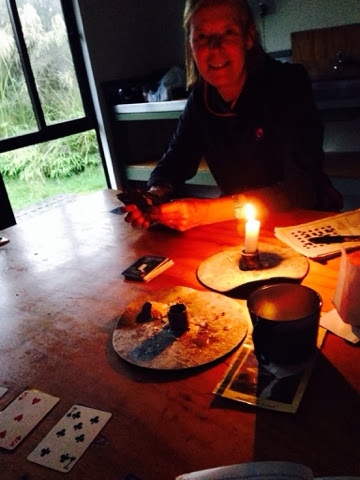 Sleep was hard. Steve snored like a rhinoceros. It must have been infectious as mum was almost as bad.

I was sad not to have seen a kiwi in its natural habitat. Apparently it is very rare not to see one at all on the tramp we did!

The following morning we were picked up by a boat right outside the hut which took us on a stunning high speed ride out into the bay through a meandering river. 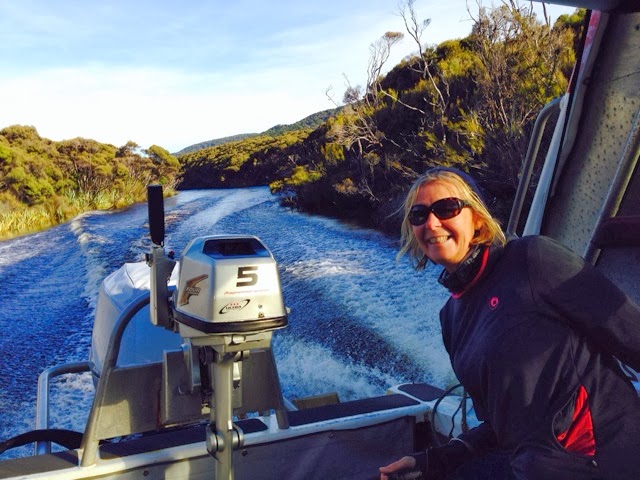 Sad to leave, we boarded the hour long ferry back to the mainland.

Stewart Island is yet another place that made my trip to New Zealand. Beautiful, untouched (relatively) quiet and friendly. I would recommend anyone to go there! Although I won’t brag about it too much. I think there is still an element of it that’s one of new Zealand’s best kept secrets… 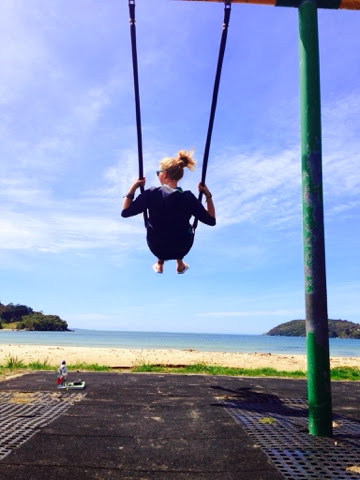