Can’t say that I partook in any of the activities that make up the reason why queenstown is called the adventure capital. Did watch a lot if other crazy people doing stuff though.

I really liked queenstown. Trendy, artsy, youthful vibes. Predominantly smelt and felt like a town in a ski resort during the summer. Made me think of skiing!!! Smoked meat smells pouring out of restaurants with open fires outside. Ski shops, cobbled streets full of trendy shops and a gondola ride up to the top to look at the view over the city. 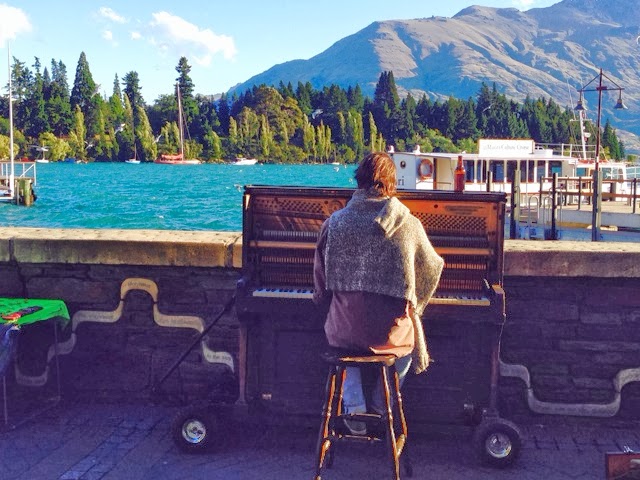 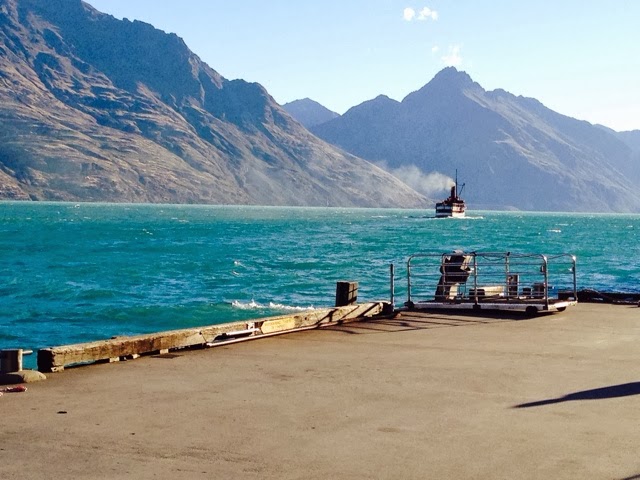 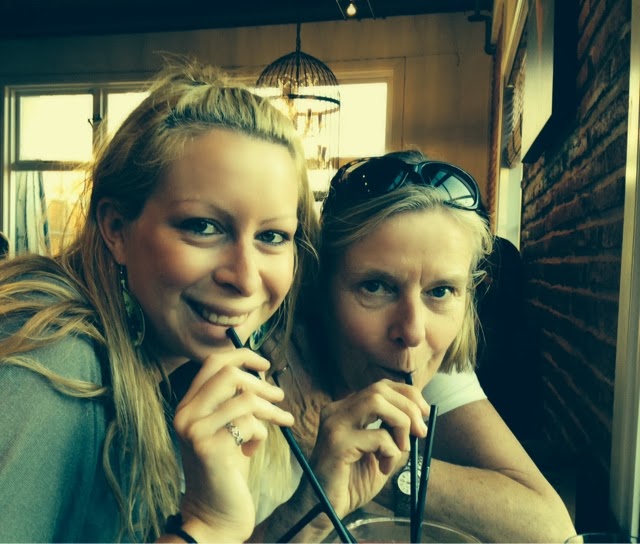 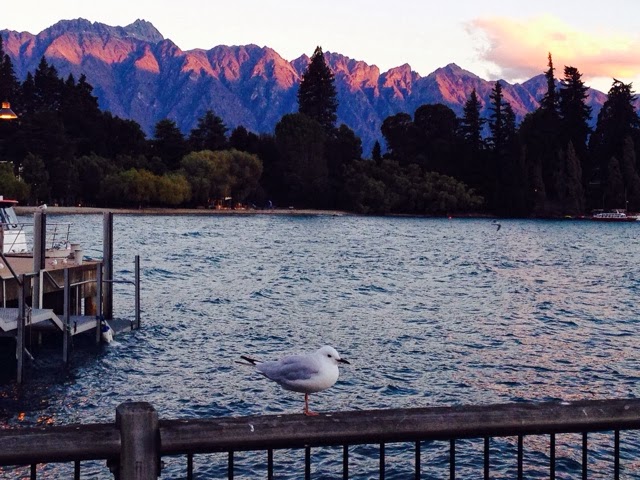 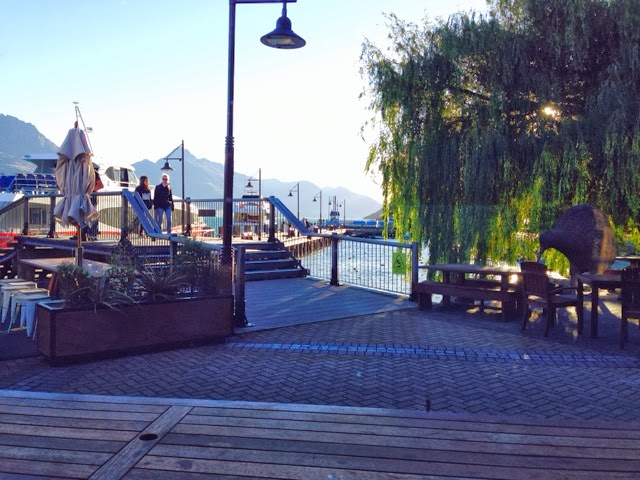 The first day I spent at the travel agents sorting out my visa and travel arrangements post New Zealand. That evening mum and I took an old steam boat across to a sheep farm the other side of the lake. It was a glorious evening and once we arrived were treated to an amazing buffet and BBQ of food. After eating we went to watch sheepdogs do their magic at the farm rounding up the   sheep. We also watched the sheering of a sheep. Quite entertaining and the gentleman doing the show was pretty funny. As the sun set, we sailed back across to queenstown. 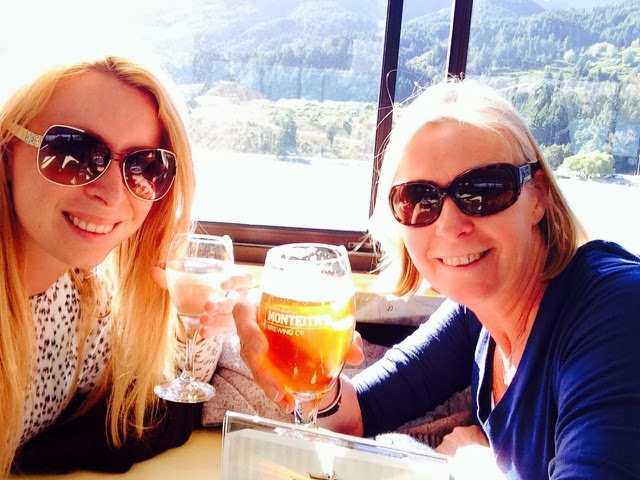 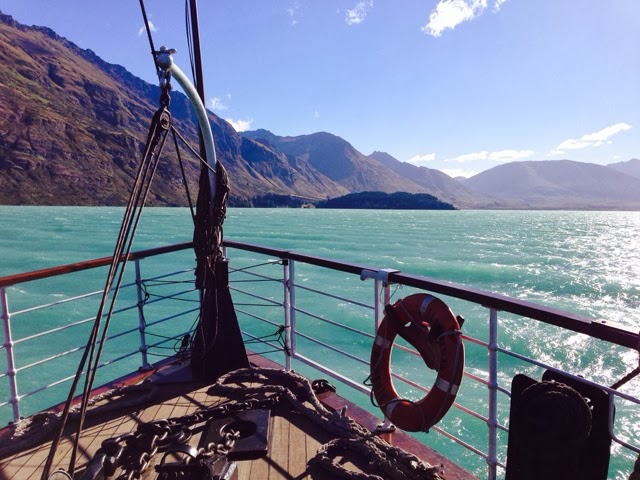 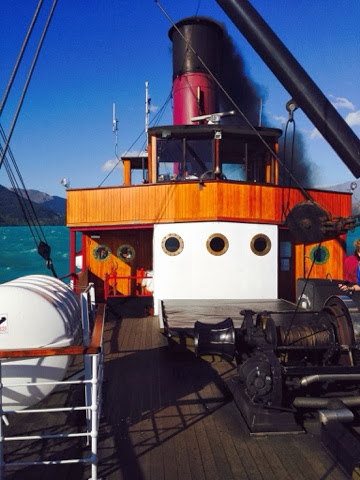 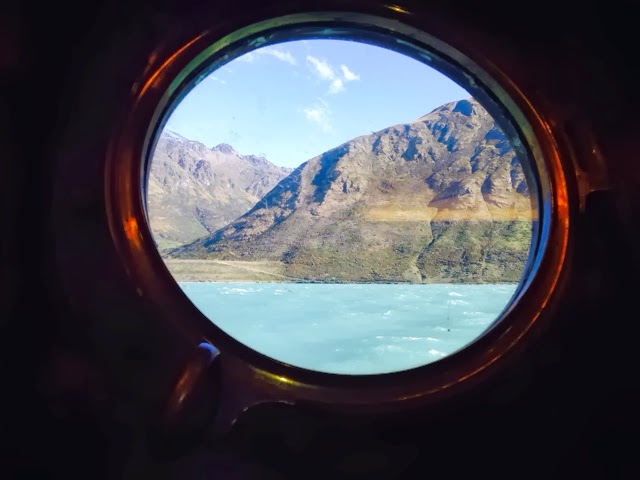 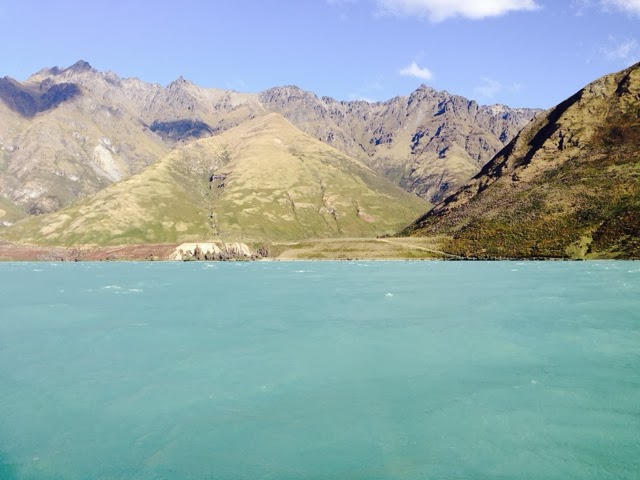 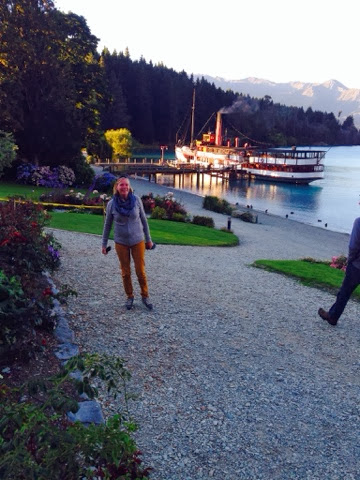 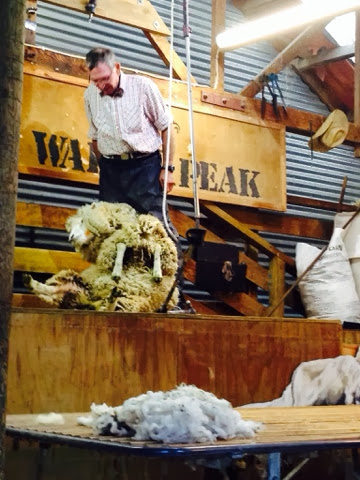 It was during queenstown that auntie Claire decided that she wanted to do some travelling by herself for a bit. This was fair enough but of course had come somewhat out of the blue and left mum I particular wondering what on earth was going on! So with an element of sadness we carried on with our plans anyway and hoped we may meet up with her again later on.

That morning we took the gondola up to the top for a coffee and to watch all the paragliders and bungee jumpers doing their thing. It was a pretty spectacular view and in a way wish we could have stayed longer to perhaps pluck up the courage to do something adventurous myself. 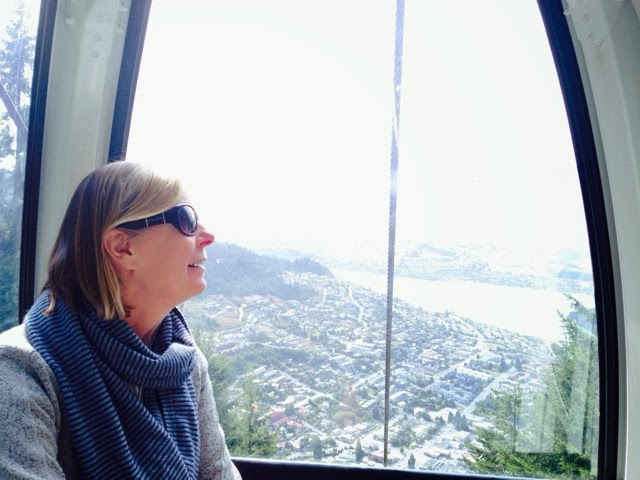 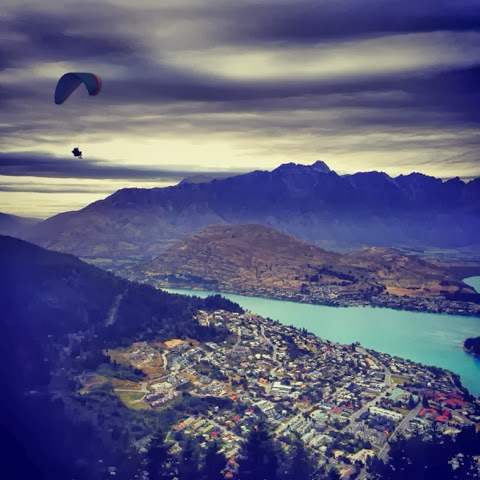 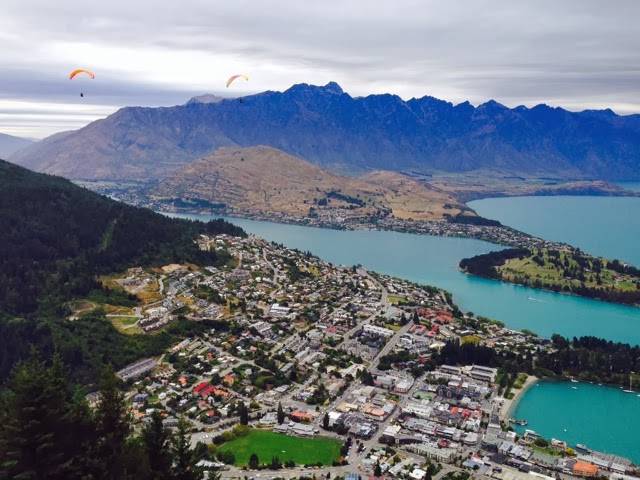 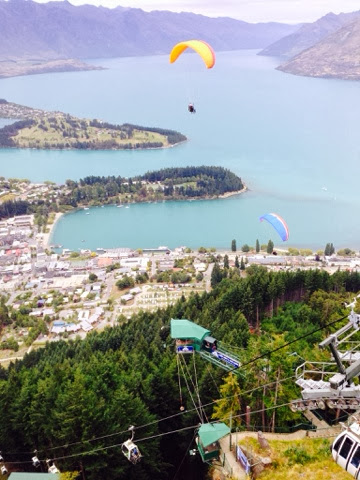 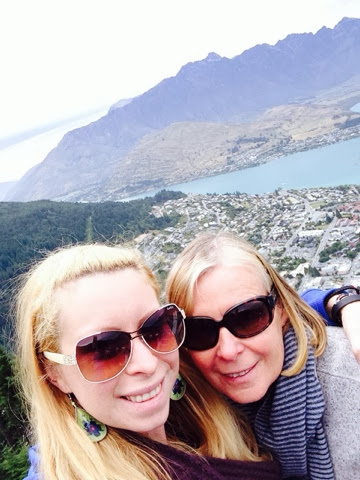 After this we left for Te Anau. This lakeside town is the gateway to the fjordlands and in particular Milford sound and doubtful sound. Both on our agenda! 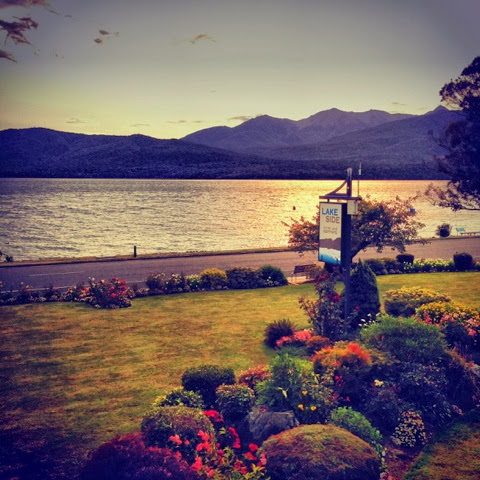