Leaving Christchurch we took the tranzalpine train across to the west coast and the town of greymouth.

Another fascinating train journey. I marvel at how they built these tracks across such remote, vast and often treacherous lands. I really enjoyed this route. Again with a commentary, a beautiful day and a front row seat to new Zealand’s renowned beauty I had no reason to complain. 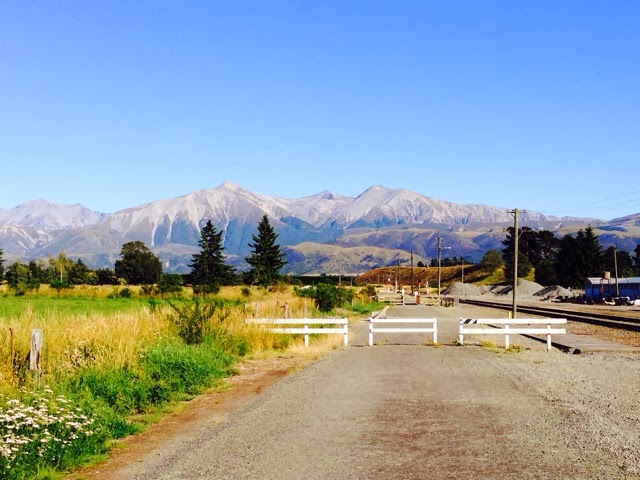 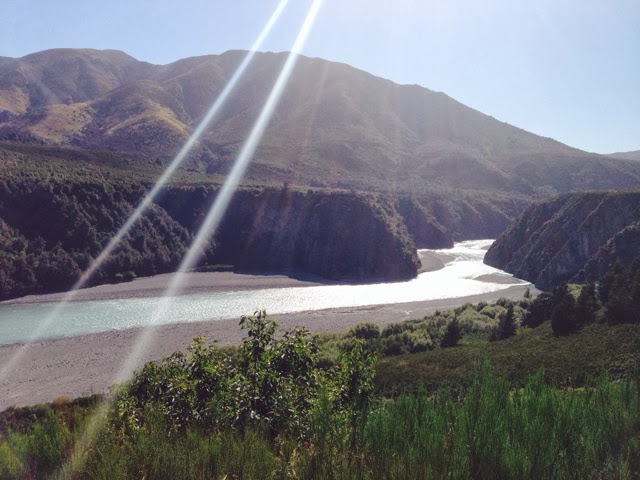 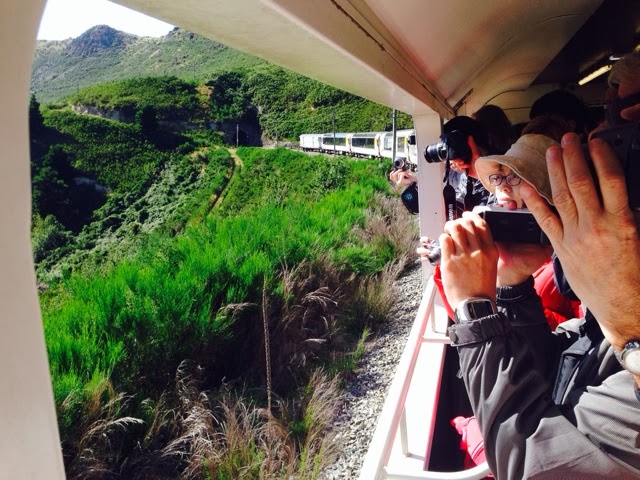 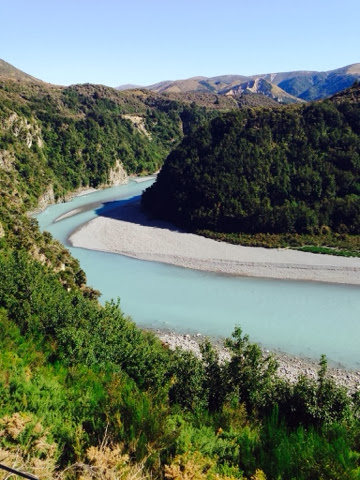 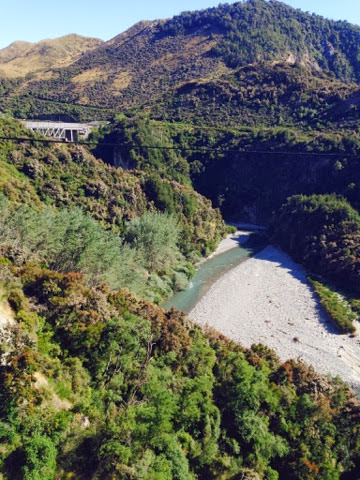 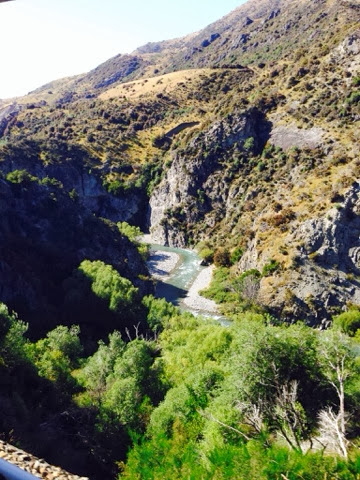 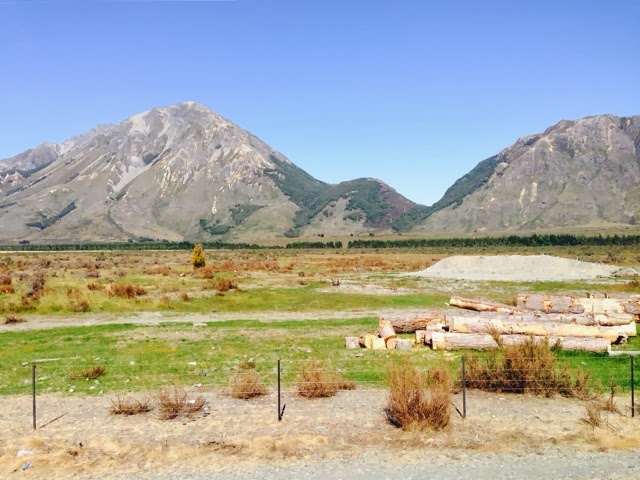 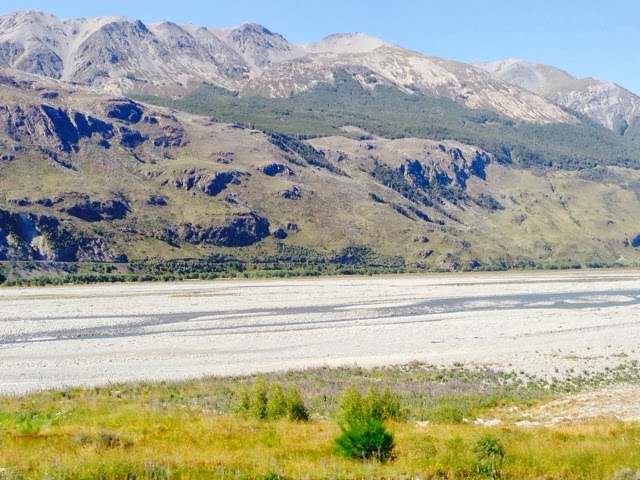 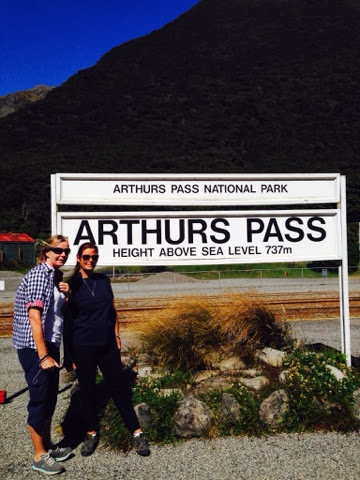 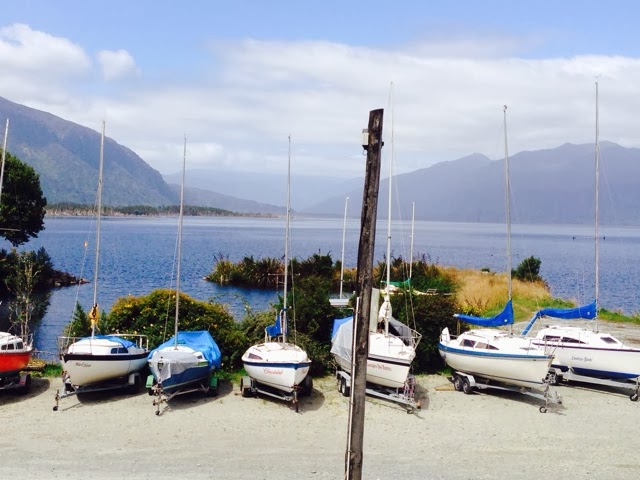 We were now in the mountain range known as the southern alps. Mount cook resides here, not too far away and after picking up a hire car we drove straight out of greymouth on our way to Franz Joseph where were due to take a helicopter ride up on top of the glacier and around mount cook.

Unfortunately the weather was very grim. When we arrived in Franz Joseph we found our helicopter ride had been cancelled and weather permitting we rescheduled for the morning at 6am. So we took a walk to the bottom of the glacier itself of which I am told you can only see about 2/8th of the glacier itself from where we went to at the bottom! Mum had done the helicopter trip last time she was in New Zealand and confirmed that the glacier is vast and that you don’t really get a sense if how vast from the bottom. Never the less it was pretty spectacular. Very other-worldly with the rock and rubble laying around at the bottom. 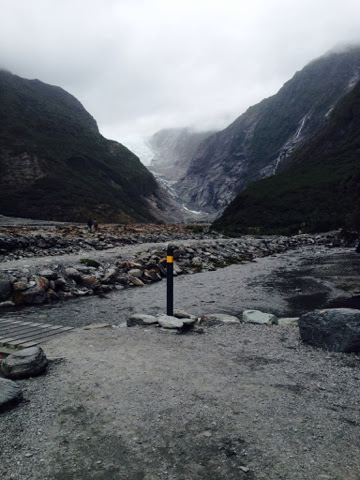 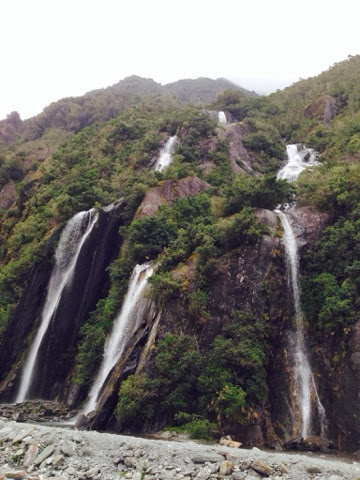 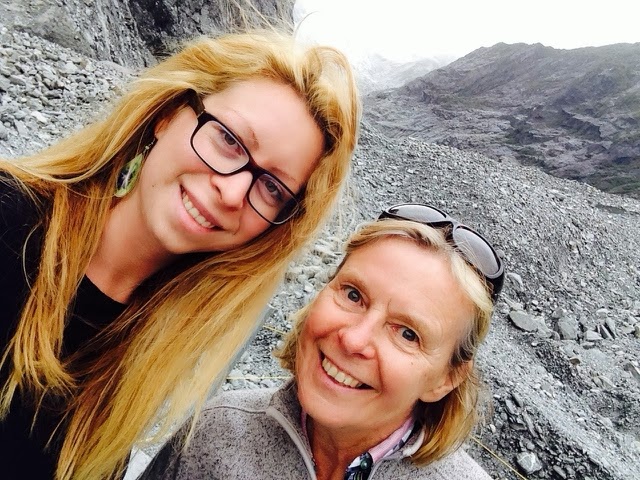 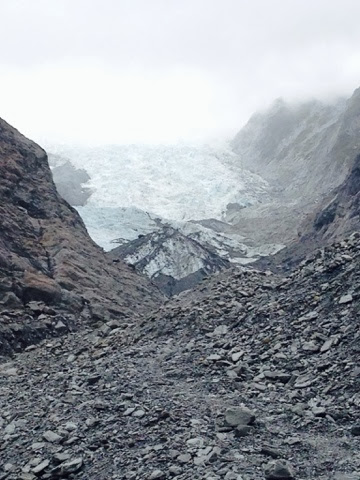 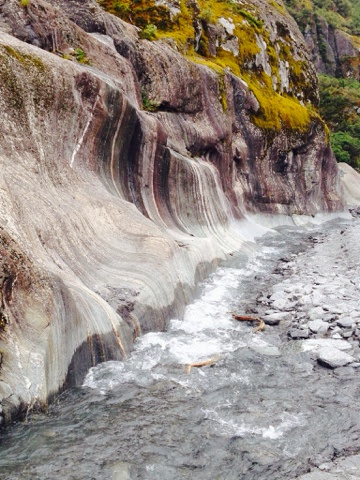 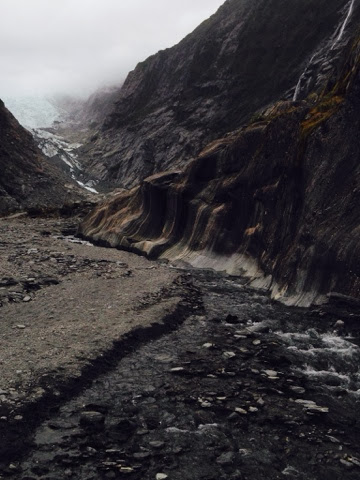 In the evening before dinner we decided to go swim in the hot pools. 99% glacier water apparently… With 1% chlorine to keep it sanitised. I was a little sceptical of these pools. You pay about £15 to get in and bathe in different pools of varying hot temperatures. Basically like large jacuzzis. They’ve done a good job with making the place look nice, but I thought it smelt like there was a lot more chlorine than they said and with heaps of people in there it wasn’t quite as relaxing as I thought it would be. I guess it was another episode to encounter though!

It was again too murky for us to get in the helicopter the next morning. So after auntie Claire looked out the window at half 5, told us she couldn’t see a thing and climbed back into bed, I rolled over and went back to sleep my self!

It was a shame not to have done the helicopter ride as standing on the glacier was one of the things I was really looking forward to. However there are glaciers in Europe and so I will endeavour to go to one there on my return.

Next stop queenstown with yet another scenic journey to get there!! This time driving. Stopping off at various lakes and waterfalls on the haas pass, stopping at wanaka – an awesome town; before taking the crown range pass over to queenstown itself: The adventure capital’. 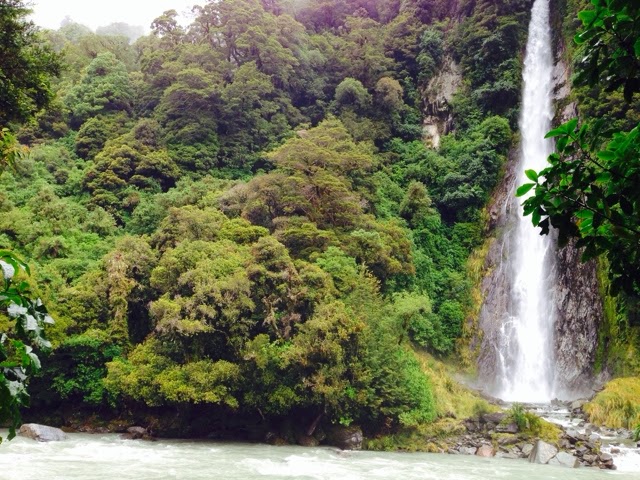 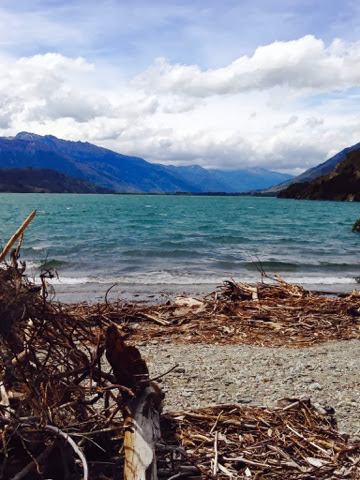 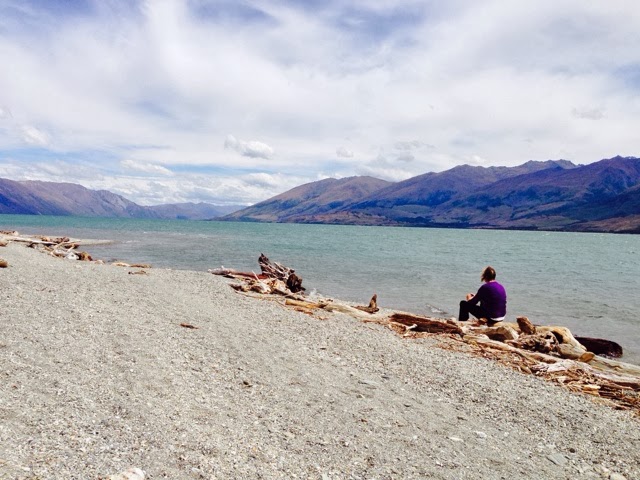 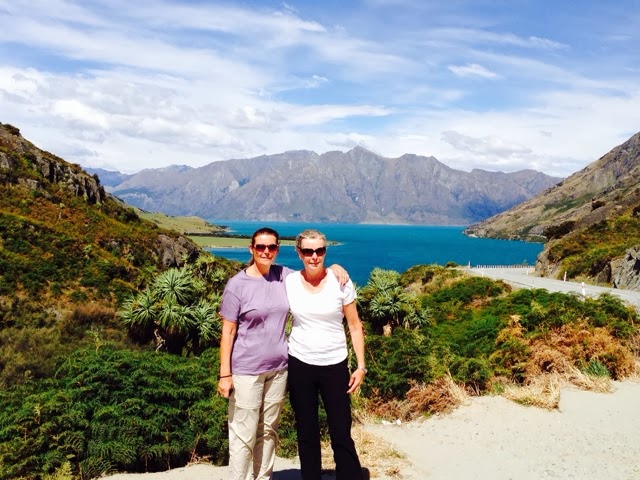 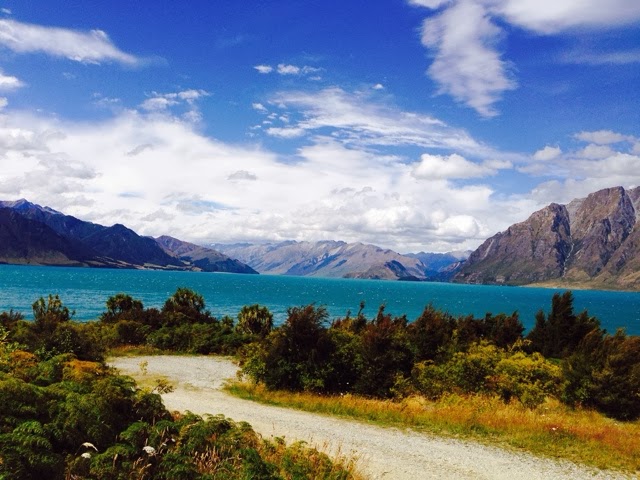 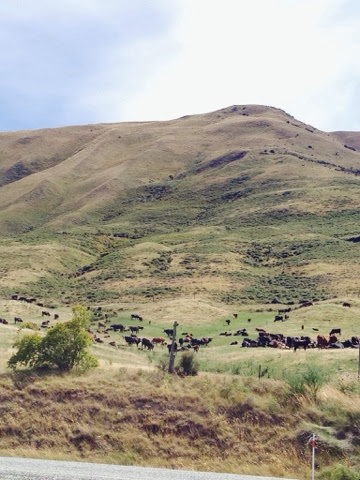 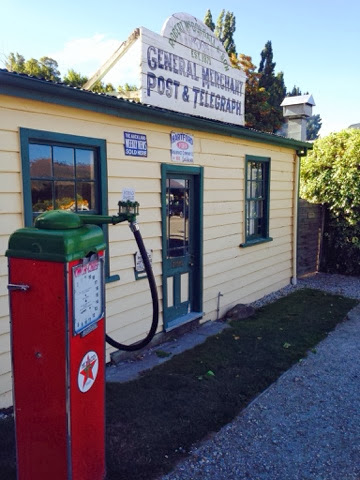 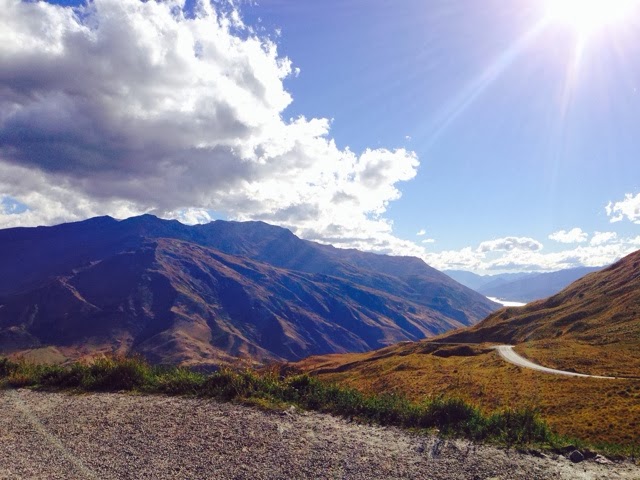 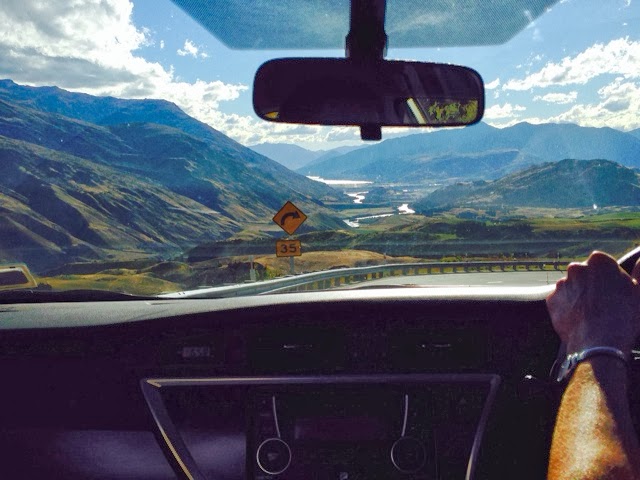 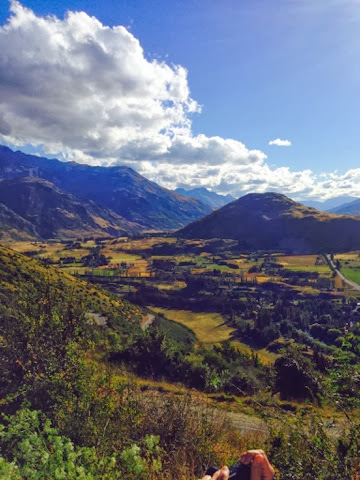