I would say that this ‘reverse-culture shock’ syndrome definitely exists. Being back and involved in what I would call a normal everyday routined existence has been hard.

Firstly I think I am still exhausted from Borneo! But with that comes the interesting point that really in comparison to Borneo my day doesn’t comprise of much. Therefore I got tired quickly. Funny how doing nothing can make you tired eh.

However, having said this we did fill up our time. A beautiful trip out to the blue mountains, lunch at a friends house in suburbial Sydney, surf lessons in manly and a new years eve that will be hard to beat. 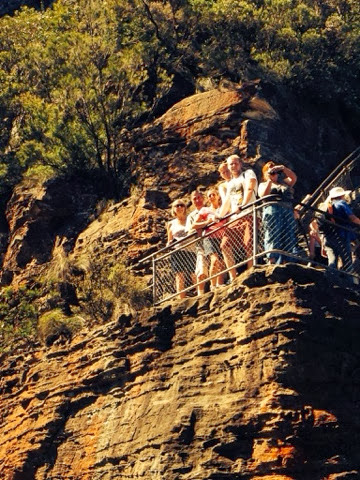 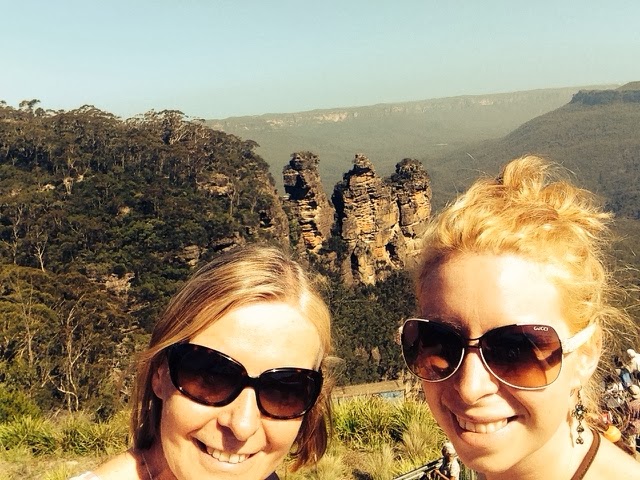 Because Sam has not been to Australia before I was keen for him to see more of Sydney itself. Our cousins live about an hour out of the city in the countryside, and as much as there is to do out there you are also relying on having a vehicle to get around and do it! Our cousins were at work a lot and therefore for me in particular it was a great time to chill, refocus and make further plans for my travels.

For new year we got tickets to board a boat going out into the harbour for the fireworks. It really was incredible. We boarded at around 7.00pm and then Made our way directly to the Sydney harbour bridge where we set down anchor next to lunar park. With an incredible view of the bridge and opera house, an open bar, food and music we then settled in socialising with the other 150 people on board. It was an awesome night 🙂 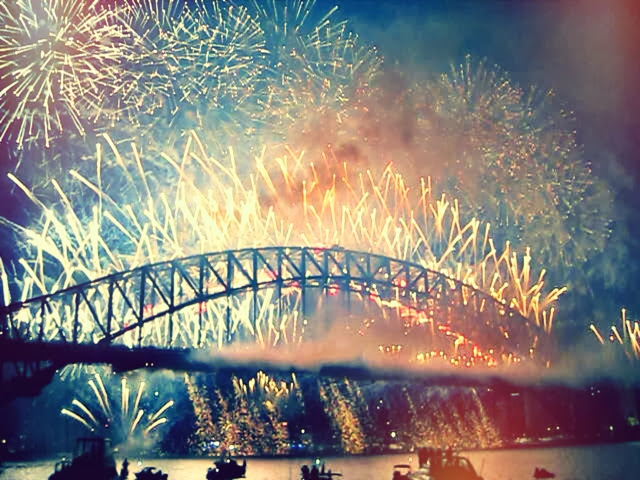 For the last 3 days I decided to take Sam into Sydney and stay at manly with jane and Giovanni. Here we went up the Sydney harbour bridge pylon and witnessed beautiful views all over Sydney. We then had a half day wondering around manly with jane and Giovanni before heading back by ferry into the city to meet mum and dad and cousins and now my auntie Claire! (Just flown in from Sri Lanka) to go up the sky tower to have dinner in the revolving restaurant at the top! This was a weird experience, but very cool and again awesome views of Sydney. 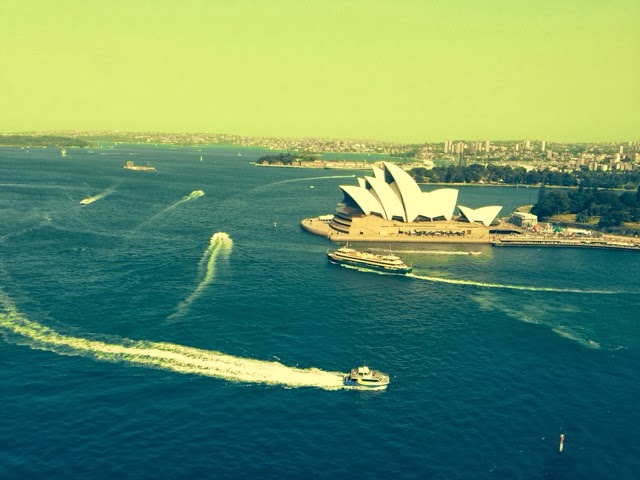 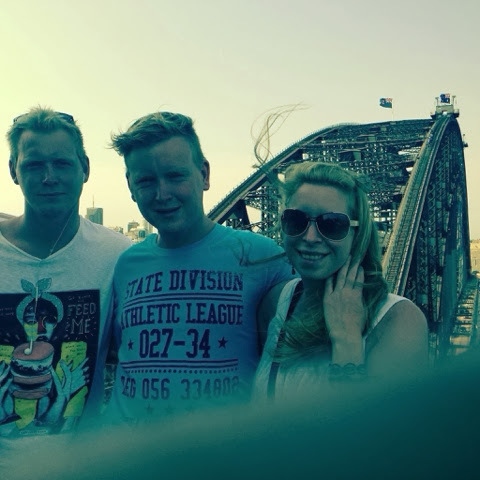 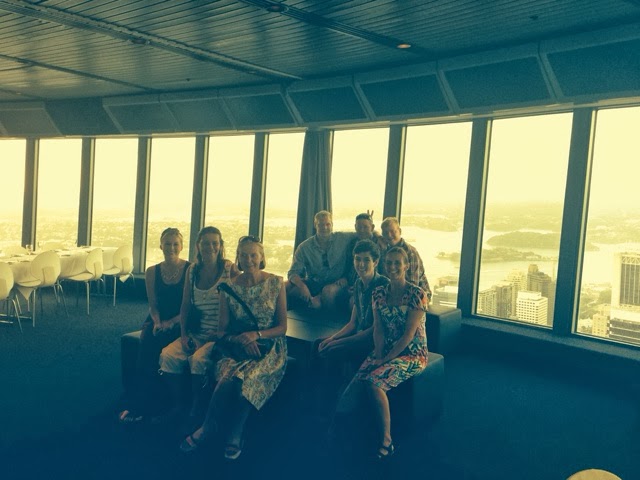 The following day we booked surf lessons. All the family came in from the country and met me and Sam at manly beach where me Sam and dad had a surf lesson. 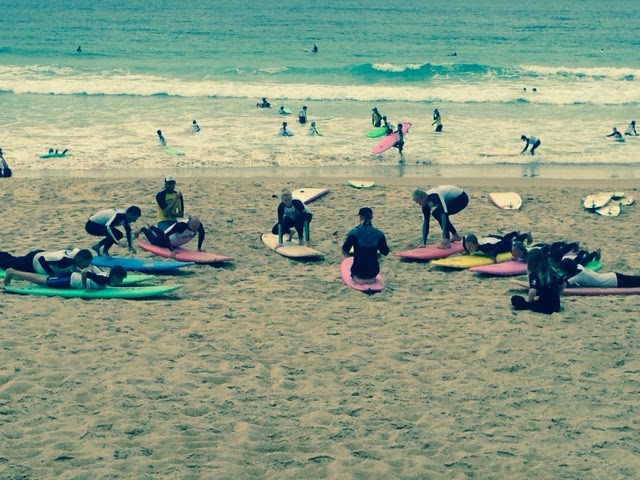 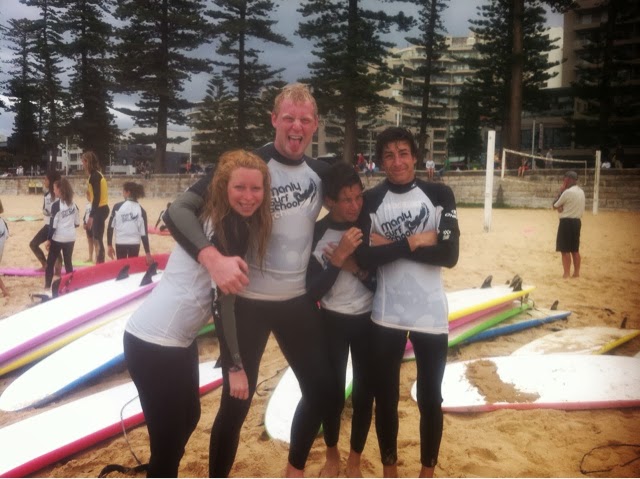 That was on our final day before my flight to New Zealand on the 8th January.

Looking back now those 3 weeks in Australia seemed to go ridiculously fast. And despite the feeling that I spent most of the time relaxing, in retrospect we did an awful lot.

The biggest blow for me was that we had tickets to see the final day of the ashes series at the Sydney cricket ground on Monday 6th January. Unfortunately due to England’s poor performance throughout the whole of the ashes and particularly on the last test in Sydney, the whole thing was over by Sunday night and therefore I never got to go watch an ashes cricket match in Australia!! It was something I had been really excited about. But never mind. Don’t think I was as gutted as dad was….

So, I have now begun to really map out my route home. It’s been a tricky one but what is confirmed now is that I am off to New Zealand until the 11th February. Then I leave New Zealand from Auckland on a cruise to Hong Kong. My mum is joining me on this cruise before flying back to the UK.

The cruise goes to the following ports for 1 or 2 days at each arriving in Hong Kong on the 7th march:

This was quite the unexpected part of my travels so far. And it has meant that I am unlikely to be going back to Australia before the cruise. However I shall be going to unseen territories and countries of which I am very excited about!!

From Hong Kong my mum is flying home. But from here I am hoping to travel through china up to Beijing where I am hoping to get the transiberian railway which goes to Moscow from Beijing. This is all dependant on whether I can get a visa sorted for Russia. Another reason why I need to stay in NZ to spend time doing that!

Overall that’s the plan for my journey home. I aim to be back in the UK mid to late march. From Moscow I get a train to Paris but will stop off in Berlin for a few nights. And potentially a few other places.

I am massively looking forward to all this travel. In New Zealand I am staying with a great friend Dickie, who I met in Borneo. Then after a few days making my way down to the South Island from Auckland to meet mum and auntie Claire where mum has planned out a whole 2-3 weeks of travel which I am basically gate-crashing!!