Friends who have travelled to New Zealand before myself have come back with the general concensus being that it is the most beautiful place in the world. I was worried that by hearing such good things about this country; I would have an anticlimactic feeling upon my arrival.

In fact it has been the opposite. I am overwhelmed by the beauty of New Zealand. It is familiar and yet vastly greater in terms of that familiarity.

I arrived into Auckland where myself, mum and auntie Claire were greeted by my friend dickie. He dropped mum and my aunt off in the CBD. Here we would part ways whilst I spent 4 days with Dickie in Auckland, eventually I will meet up with them in Christchurch.

Dickie has been living with his sister Liz in between 2 Borneo expeditions. In fact he is back out to Borneo a week after I leave him for the next expedition!

I always think it’s a privilege and an awesome thing to be shown around a city or a country by a friend or family member that lives there. It gives you a dramatically different insight into the culture and the day to day lives of ‘the locals’ than if you were to visit as a tourist.

Having said this, as in many places in the world where I have visited as such; I have often found that they as locals have never been tourists in their own country, and indeed the first things they feel like they should have me do are the tourist like things!

Of course this matters not to me, for essentially I am a tourist.

On the Saturday of my time with him, it was his goddaughters first birthday. In actuality he is her great uncle. But also happens to be only a few years older than his two nieces. One of which is Ava’s (the 1 year old) mother.

I was told prior to arriving that I would be thrust into the action of a cook island 1st birthday celebration. I was pretty excited about it to me honest!

However before all this could begin we started by going to the Auckland museum in my first full day in NZ. This was a fascinating history lesson into essentially Polynesia and the many different historic families who eventually arrived in New Zealand sometime only in the last 800 years. Dickie was well read in all subjects to do with cultural Cook Islands, tonga, Samoa and indeed New Zealand itself. So much so it was like having a personal tour guide throughout the museum. Twas fascinating!

We got to watch a mauri tribal performance. A small introduction to the traditional dances, songs and past times of the native mauri New Zealanders.

Their music up until more recently was solely vocal. Nowadays they have a guitar accompaniment. Still, their voices are stronger over the guitar and they sing out seemingly constantly finding the harmony throughout. Finding that harmony in the first place, (and indeed until I got used to it, it felt a little off key in places) seems to be very much part of their singing. But it is raw, and beautiful and strong. I loved it. The more well known tribal dance is the one we may have seen at England vs New Zealand rugby matches. The hukka. This actually originates from genuine scare tactics against enemies. In particular the wide open eyes and the tongue sticking out wide. 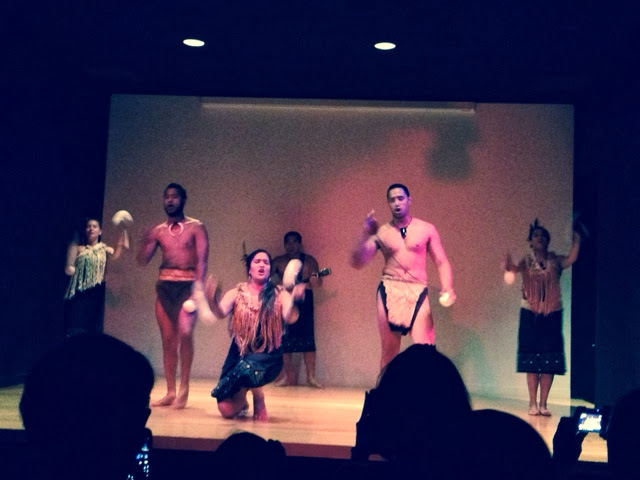 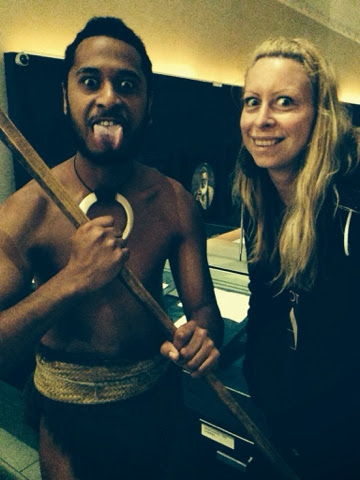 From the ground floor of the museum we worked our way up from mauri and New Zealand history through to geography and lessons in volcanos.

Auckland museum itself is built on a crater of an extinct volcano. Indeed most places I seemed to look in Auckland you could see flat-topped hills and mountains that are actually dead volcanos. The islands in the Auckland bay are all predominantly old volcanoes too. Apart from Iceland I have never been somewhere like this where civilisation lives on old volcanoes and also with the uncertainty of when the next volcanic eruption could happen at any minute.

After this museum visit we headed back to suburbial Auckland to Liz’s house. However not before going to the north wharf for tapas and to watch crazy young mauri kids jump Into the harbour. Must have been freezing!! It was a beautiful day though. But noticebly colder than anywhere I have been for the last 4 months. I fear the varying temperatures and climates of New Zealand will be rather a shock to my system after Borneo and it’s tropical climate! 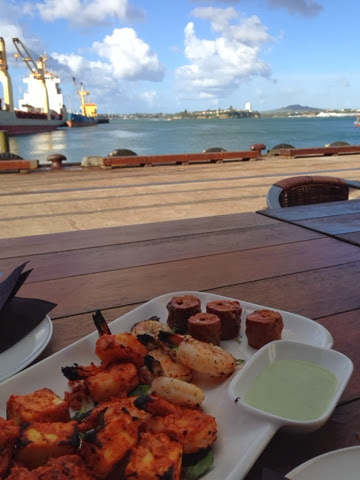 The following day Dickie had to begin some prep cooking for Ava’s birthday party in the Saturday. He was cooking traditional cook island dishes. Initially though when I awoke and entered the kitchen he was peeling and chopping his way through a mammoth amount of potatoes!!

Once all of his prep was done we had arranged that we would take a 2.5 hour road trip south, or ‘down the line’ as they say in NZ; to matamata. The hometown of hobbiton, the shire, from The Lord of the rings book.

Funnily enough a precious blog I have written entitled ‘Tolkien ponderings’ was the inspiration behind a large and interesting conversation between myself Dickie and a guy named Oscar on expedition in Borneo.

I am literally in love with The Lord of the rings stories and movies. Indeed from visiting hobbiton and onwards everywhere I have looked and been in New Zealand has felt like I’m on set for one of the films. I half expect Frodo or legolas to come running out from behind a tree (Wishful thinking on theLegolas  part).

Anyhow it would have been a crime to our deep and meaningful lord of the rings inspired conversation in Borneo not to have done something hobbit like. And what is better than visiting hobbiton itself.

A perfect day and a scenic drive. Hobbiton is actually hobbiton. Smoke comes out of hobbit house chimneys, the green dragon pub serves ale and cider made especially for hobbiton and served in real old school handled mugs. Clothes hang on the line being dried. In fact the party for bilbo baggins looks like it’s just about to begin that night and hobbits are just going to creep out of their houses!

The work and labour that went into creating this movie set is mind boggling. It has a working vegetable garden and is maintained by 5 groundskeepers who are there everyday. It is effectively in the middle of nowhere but specifically chosen by Peter Jackson who scouted out the land that belongs to a farmer some 13 odd years ago. 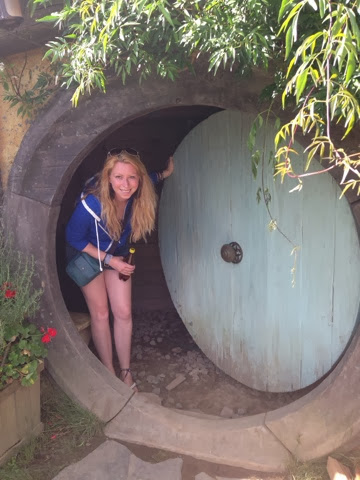 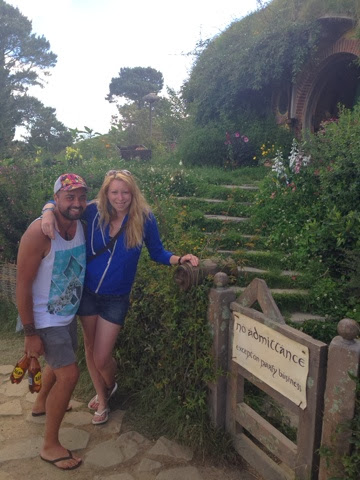 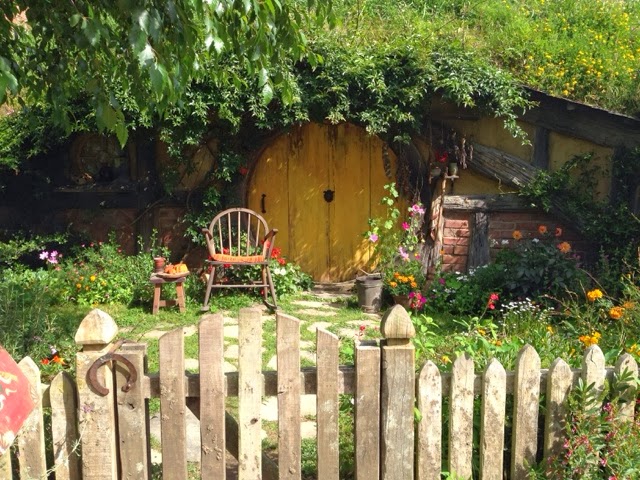 After this amazing tour and a hobbit pint at the green dragon pub we headed back to Auckland for sleep before the big day of Ava’s first birthday, cook island style the next day….