So, this will probably be the penultimate blog of my time here in Borneo.

For the third phase, I was finally officially released from field base to work as a PM (project manager) with the Alpha one team for 10 days of their final phase.

For me this was a whole new world, but for Ali, Alicia and Dickie; my fellow PM’s, this was the final phase of three phases they have been doing as PM’s since the beginning of October.

Alpha 1’s project is to build a community learning centre for the village. If you read a previous blog of mine you will have read about the village and seen the account of the village population (comprising mostly of one family) as written by Hugh a fellow PM friend. However, just to re-iterate; the village consists of Domisson’s family (the chief carpenter) who is one of ten siblings, who in turn have between them 79 children, and some of those children also have children… so as you can tell it’s a pretty massive family.

The community learning centre will act as a place for adult learning as well as children. It will also be able to host a variety of other events and will eventually have a kitchen and an office. 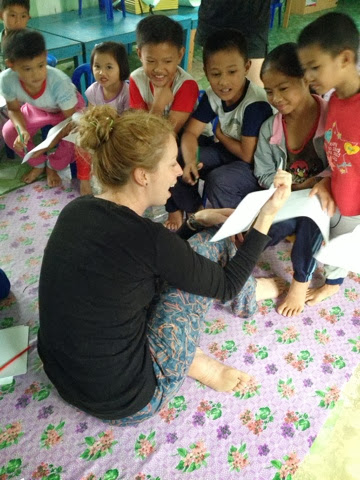 When I arrived, there was already extreme progress from when I had been to visit the last Alpha 1 team on the loop in phase 2. The walls were up on the top floor and the roof had been added on too.

The work we were to partake in was to finish the structure internally. This included assembling the ceiling both upstairs and downstairs. This process was a big neck ache. Constant nailing in of panels into very carefully measured area to cover the entire ceiling area. Often the panels had to be sawn to fit. On top of this there was plenty of sawing to do with regards to the panelling of wood that covers the exterior. In many places there was an overhang so we had to saw from very hard and odd angles all of those extra bits that had overflown. Then there was the painting. A white undercoat to begin with to go around the whole building, inside and out. Then the chosen colour of green had to be applied afterwards; but two layers of. The hardest part here was the scaffolding we had to put up and take down everyday. Often it would take an hour or so to put up (it’s harder than it looks) then we would paint for 20 minutes and then have to take the whole thing down again. 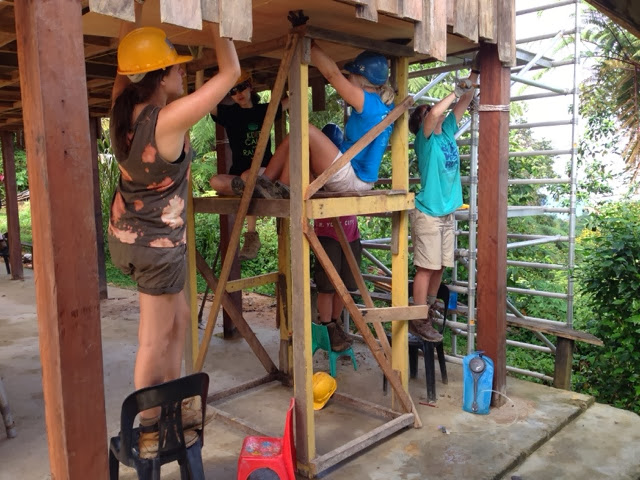 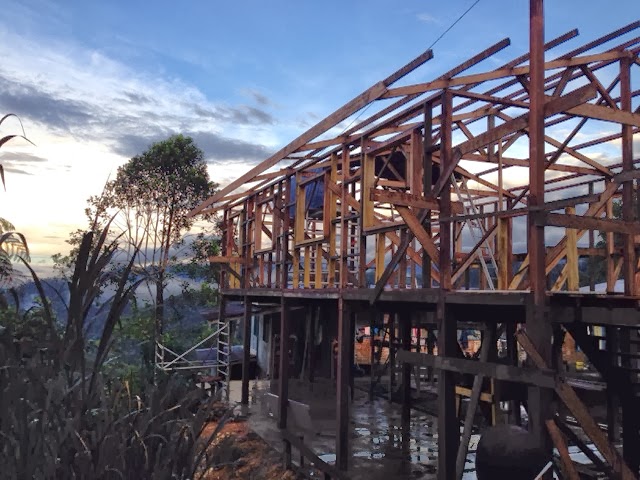 It was hard work, but at this stage in the build it was very fulfilling. At the end of each day we could see the progress we had made so visually that I’m sure this makes this phase so very different from the other phases where they didn’t necessarily see the progress as much. 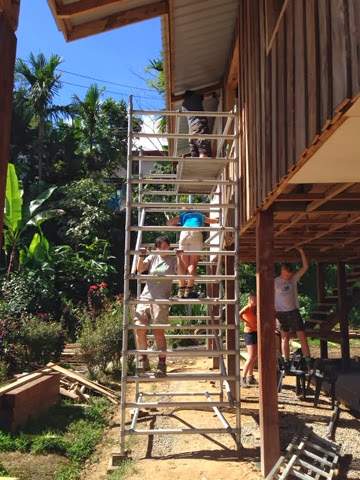 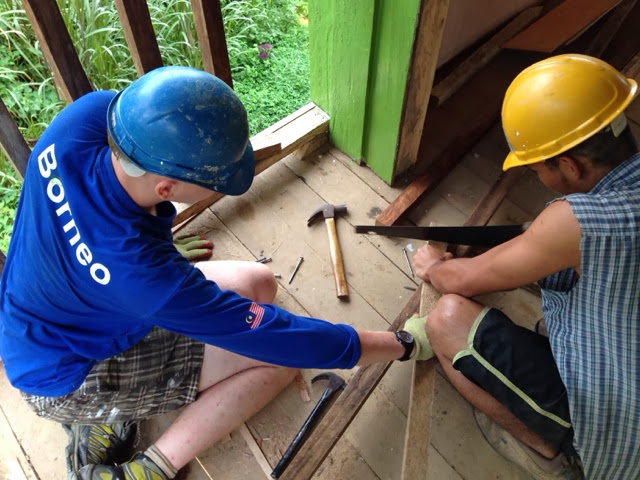 It was not all work though. Our alpha team was really great. Tim was in the team and he settled in really well. I was relieved to see that he was getting very much involved and also full of ideas. The team all together had an incredible drive. And the perfect mixture of work hard – play hard. 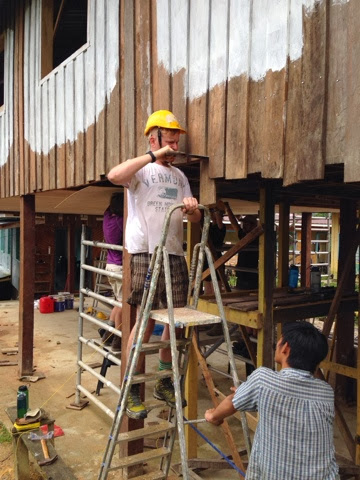 Everyday there is a rota for other tasks that need to be done. These consisted of:

Filling up jerry cans with water and purification tablets

Cleaning up after lunch

Cleaning up after dinner

Filing up the three bowls

The art of three bowling is a sanitisation process. There are three bowls. First to wash your plate. Second bowl to rinse with clean water and finally a third bowl with water and bleach to completely cleanse and get rid of any bacteria etc. When it comes to then eating again you simply ‘2-bowl’ you bleach once more and then rinse. So you go back the other way. This whole process is the same with regards to whatever project site you are on. It keeps things clean, sanitised and germ-free.

Tim mentioned how weird it would be to leave Borneo and not have to 3-bowl. It really has become part of life out here.

It was great to finally be involved in the real PM/Venturer lifestyle. At fieldbase we don’t need to 3-bowl and it’s fundamentally like being in any other city to be honest.

My time at alpha one essentially made my whole experience. Getting out there and being involved in the work was the findamental reason of me going on Raleigh. 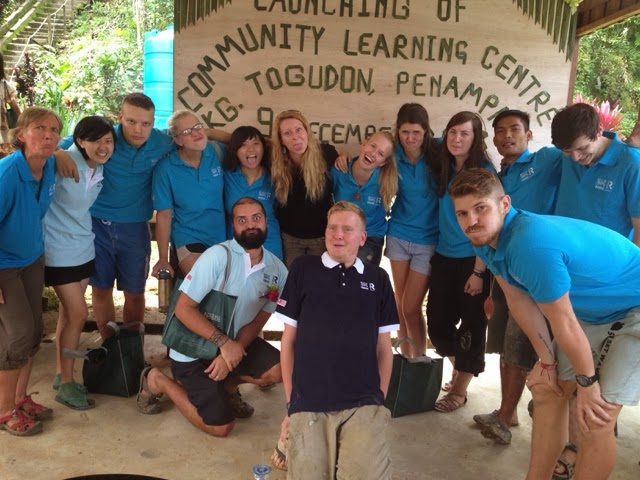 The villagers invited us to one of their weddings which was an interesting experience. And the setting itself for the community learning center was stunning. Sat right on the edge of a hill overlooking kota Kinabalu.

I made some great friends in the venturers and the fellow PM’s and it is an experience I will never forget.

After leaving the project site after 10 days; I was then asked to go back for the opening ceremony which was an awesome day. The build was sponsored by Nestlé and in partnership with pakos. So there were representatives there and also a lot of press.

I would say that my 10 days in Tugudon and the loop visit earlier on in the expedition were my two favourite weeks of the whole 13 weeks I have been out here.

Now roll on with the end of expedition proceedings and partying! 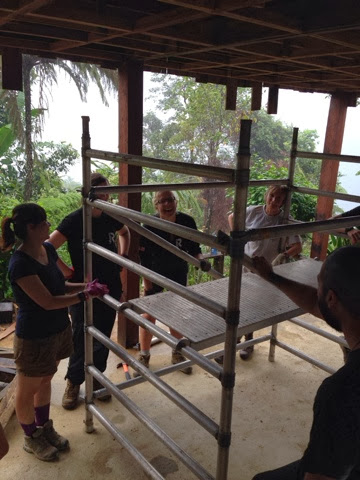 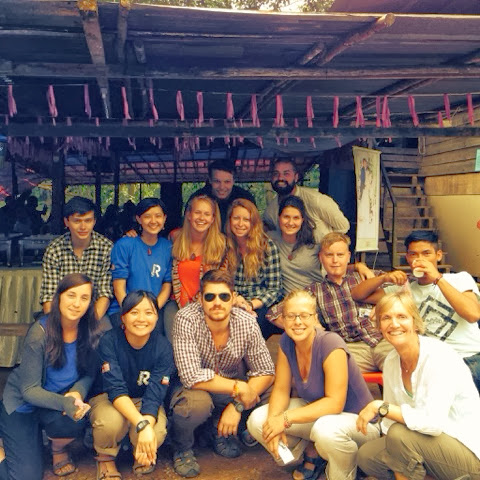 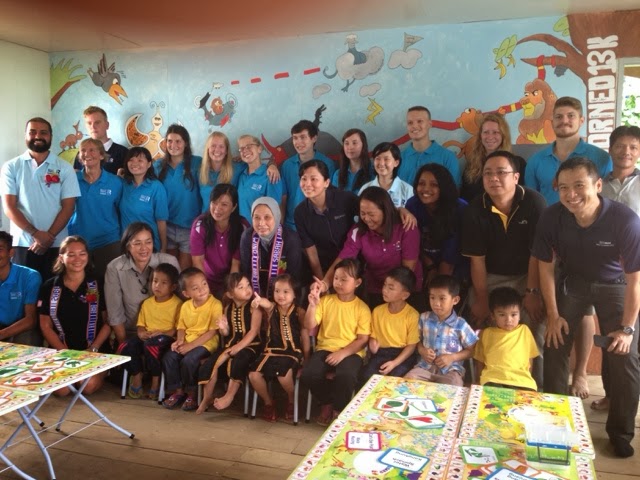 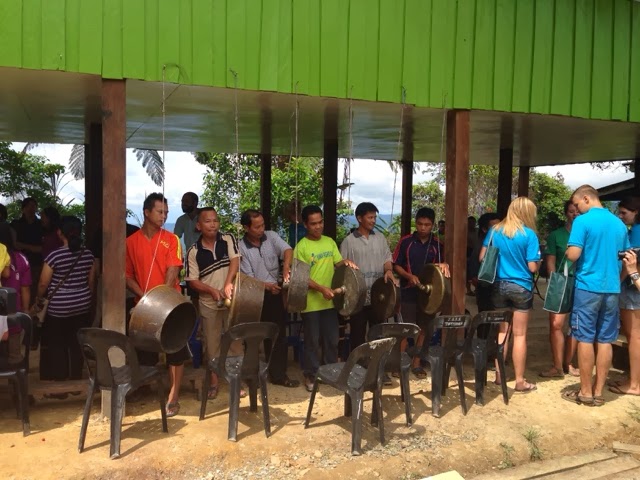