So after the Imbak canyon visit we drove out of the primary rainforest and made our way to sepilok for the night. Sepilok is on the far eastern part of Sabah in Malaysian Borneo. Here there is a rehabilitation centre for orangutan and as a special loop treat we get to stay in sepilok for the night. We were pretty exhausted so this was a well planned break.

Visiting the sanctuary was not dissimilar to the other orangutan sanctuary I visited back in September. It was bigger and they had a lot more space but I felt like it was a similar experience. 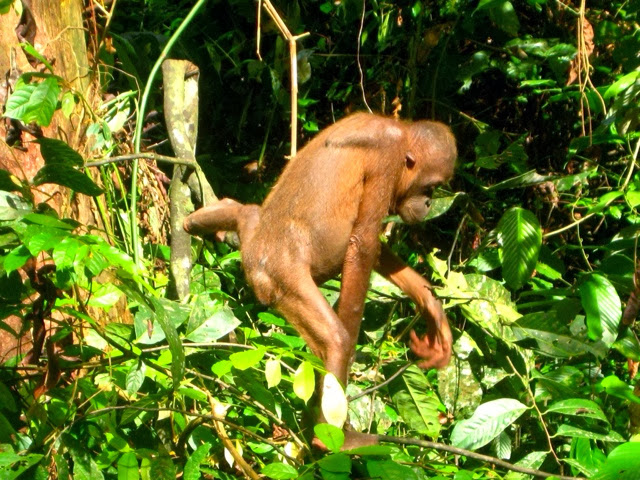 After this we retired to our B&B for the night. Linda and I shared a huge bedroom with ensuite and balcony. Very different to our last evenings sleep!! We had air con and I slept in a double bed for the first time since I left home! Cannot explain how great that felt.

The B&B had a main restaurant/social area where we had dinner together. It was very backpacker orientated with plenty of them about and it felt like a place I may have visited on my gap year.

The following morning we set off to Larah dahtu. Firstly we had to pick up debs from the airport as she will be joining alpha 4 at Danum valley for the remainder of the phase.

After we had picked up debs we set off on the 2 hour drive into more primary rainforest towards Danum valley field centre. Interesting fact about Danum valley field centre is that last year the duke and duchess of Cambridge (Kate and will) visited on their jubilee tour. The Raleigh team that were working there at the time got to meet them and they both joined in with the team for their afternoon energizer!!

The team at Danum valley also sleep in a static basha. However they have a toilet and shower block with real sit down toilets. Not glamorous or anything, but never the less they are most welcome over the long drops we have been using at previous project sites!! They also have quite a large outside kitchen. The main fear I had of Danum valley was the fact that there are very many leeches. Within the first 5 minutes kris got leeched!!

It was so good to see the team out there. They have had a hectic 2 weeks. They had to collect lots of equipment from another site that were left from the last expedition. The trek in and out with all the equipment took 4 days in total. Apparently the trek was harder than the actual trek phase. Very slippery and up and down terrain. They had done an incredible job. Now they have started working on building the bridge about an hour trek every day from their camp.

Alpha 4, unlike alpha 2 and 3 had remembered that it was a loop competition. For the evening meal and entertainment they had decorated their dining table and draped sarongs everywhere with candles and hanging garlands of rainforest leaves. As a starter we had delicious garlic bread. Main course was a make your own pizza. Also amazing!! And finally they had made incredible pear and peach pies for dessert. Between courses they performed songs for us. It was a really lovely evening. 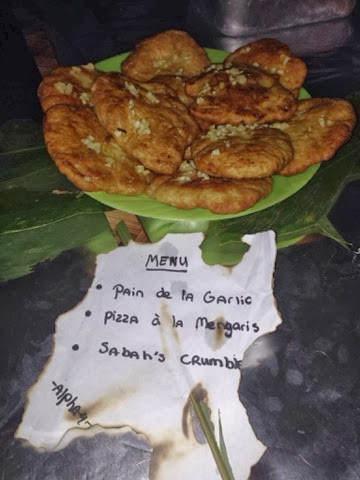 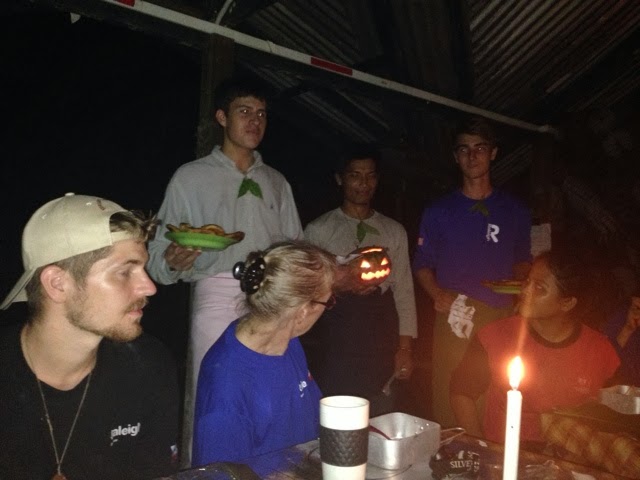 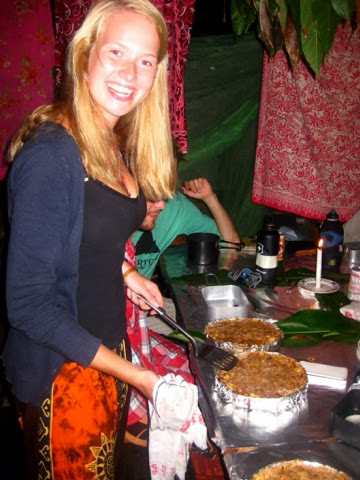 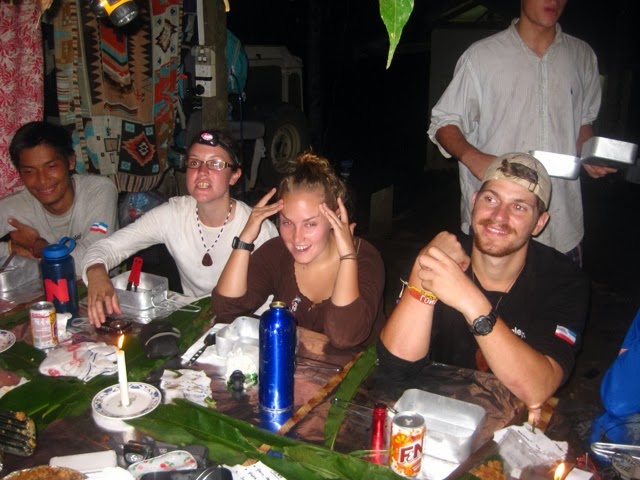 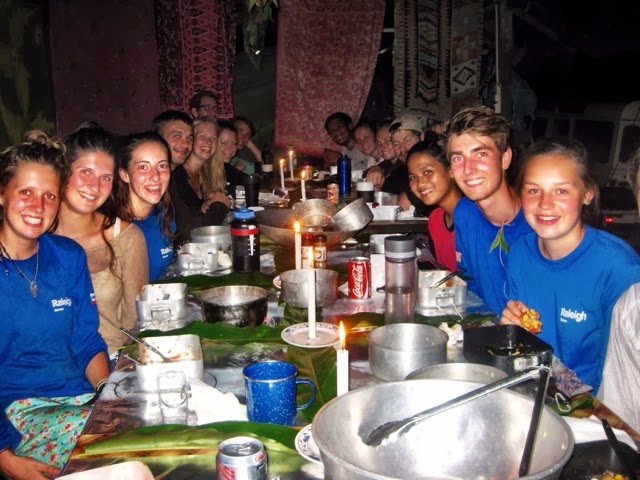 It was getting late and so after preparing for bed, leech checking and last toilet stops for the night I climbed into my basha sandwiched between Pete and James. Who I might add were already snoring. Perhaps it was this that led me to struggle falling asleep. I was very restless and aware of every sound. The area in which their base camp is set is a clearing in the jungle and was bathed in moonlight. I was alert to every sound thinking I may see an elephant as I had heard them again a lot closer to us.

I must have drifted off to sleep as at about half past 1 in the morning I awoke quite suddenly as I could hear a lot of rustling around right behind my head. I should explain that on one side the static basha is at ground level. But at the back it goes down a slope and so where my head lay I was some 2 meters above the ground, looking straight out into deep rainforest jungle. I heard very heavy but silent footsteps. I turned my head to look out through a 1 foot slit in he back of the static basha and I witnessed one meter away from me an elephant slowly make its way right along the back of the basha. I literally cannot explain to you how incredible and yet petrifying this experience was. It was quite an out of body experience. With Pete and James still snoring on both sides, I didn’t know whether to wake them up or just let them sleep. By waking them up I could make noise that could distrct the elephant and I have no idea what kind of mood it was in!! Plus it all happened in such a dream like quick but slow manner that I didn’t really have time to react other than to just freeze in position.

After this I obviously struggled to get back to sleep. About an hour later the elephant walked into the basha shaking it. I literally have no idea how no one woke up. Or maybe they did but were in the the same position as me. I think it must of scared itself as after this I heard nothing. Linda, kris and I were leaving at 5am to try and see the sunrise from the Danum valley fire tower. Therefore we left before I could even talk to anyone about my experience!! Kris thinks I was dreaming. However Linda had felt the basha move and therefore there is absolutely no way it was a dream. There was also elephant poop all over the road as we left the alpha 4 camp!!

For me that experience would have been enough. But nothing could prepare me for the sunrise over Danum valley from the fire tower. As we were driving out it was very misty and I was begrudging waking up so early for a sunrise we were clearly not going to see. However after about 6 km out we started to climb up a hill to the fire tower. We came through the mist and clouds and my breath literally left me when I turned my head to see the sunrise view. The clouds were settled over the jungle between peaks. The clouds almost looked like the sea, and you could see trees merging from the mist at certain points. I’ll put some pictures below, I can’t quite describe it much more than that. It is the best view I’ve ever seen in my life and was the perfect end to the loop week.

We then had a 10 hour drive back to field base in kota Kinabalu. It was a long day but we were glad to get back to field base and relax for the rest of the afternoon. The drive is simply beautiful and it makes it a pleasure to drive. 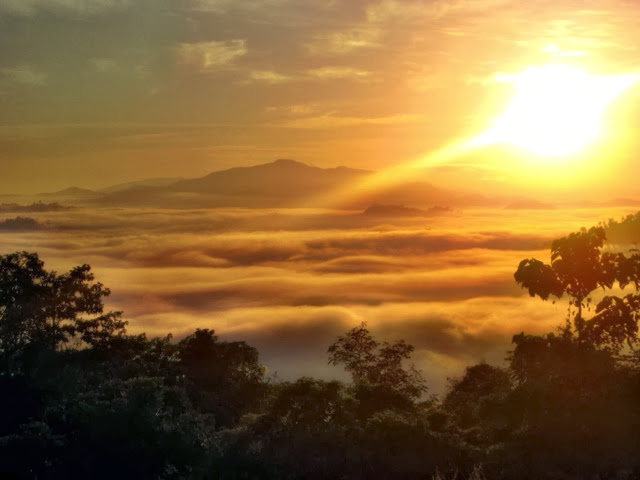 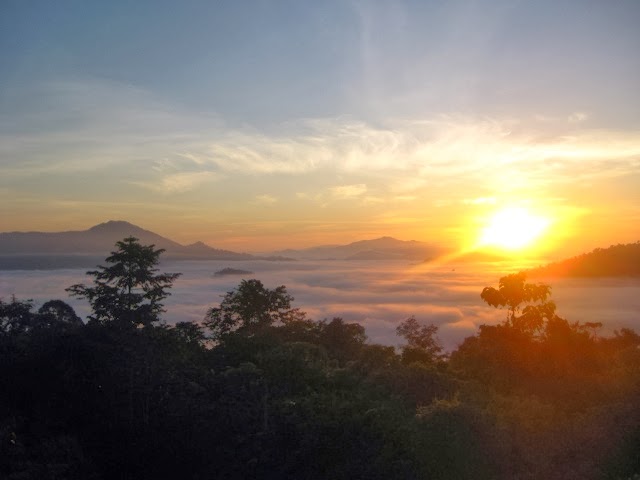 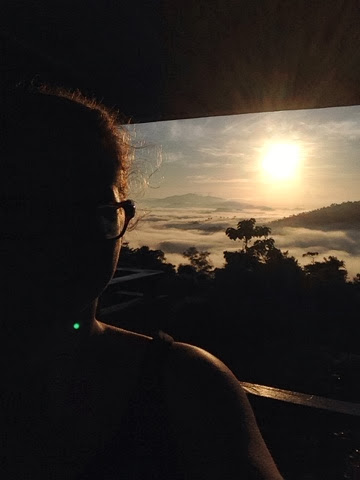 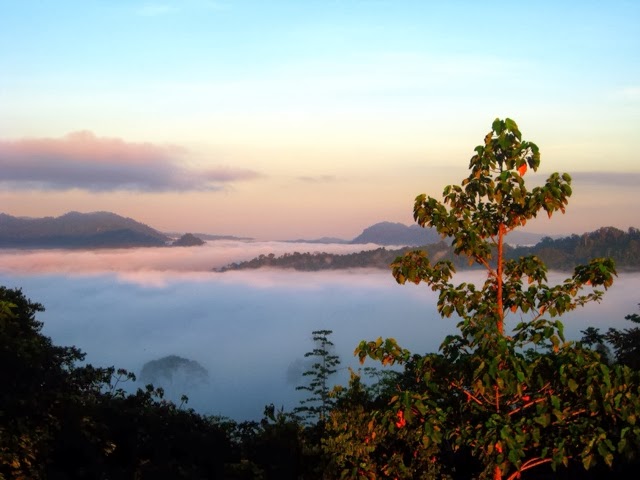 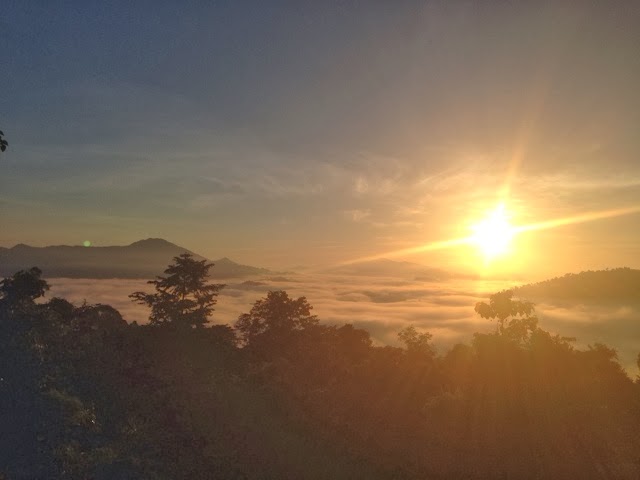 May I just add that I have not once been leeched on this loop experience and I am unlikely to visit anywhere now that have leeches!! Amazing!! Although in some sadistic way I would have quite liked the experience to know what it’s like. Or maybe not. Oh well, it could still happen one day 🙂