So… During phase, time spent is varied with regards to frequent Raleigh work activity and leisure time. I would confidently say that there is always work to be done but over the first week of phase two this statement has most definitely been taken up a level.

In the beginning it all looked so modest and sophisticated. Nat pat (there are two nats and both are medics. Very confusing) decided to trim the bush out the front of our fieldbase abode. What a marvellous job she did. 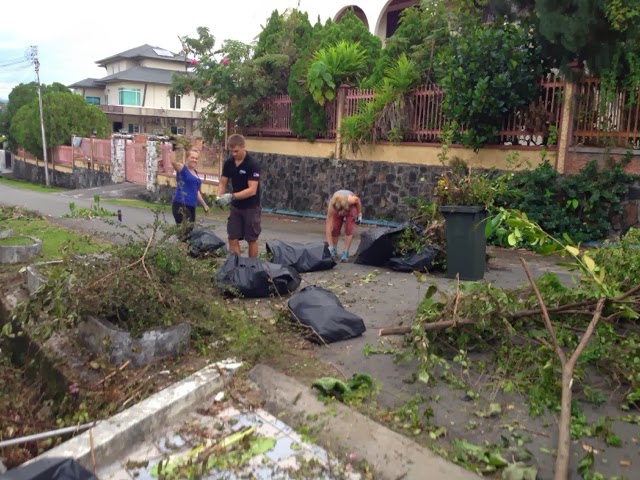 Then after a day off to dive island, nat pat and I returned to fieldbase where kris had decided to go a little further with the trimming and actually fully remove and destroy said bush outside fieldbase house. This leaving us wide open to passers by….. (Which in fairness there are very minimal passers by as we are at the end of a dead end street with only 8 houses in it…)

Once the bush was demolished, trees came down. Alister was insistent on getting the roots and trunks out of the ground too.

Kris, now having left the two nats to dig up the roots of the bush he had so brutally demolished; started to chip away dry and old paint from the railings in order to prep them for a new colourful coat of paint. The severe repetitive determination of kris doing this tedious job listening to music on his headphones and having left the ladies to continue with his bush removal ceremony, was simply comical as an onlooker.

In removing the roots of the bush the nats realised that the roots were actually holding up one side of the wall in place. Therefore said wall had to come down too.

Now merely one week on, fieldbase has become either a building site or if we are to be optimistic; a clean slate for which we may do whatever we please.

I myself have decided to keep my distance in said destruction. Although it is extremely productive, one can’t help but feel we are creating more work rather than completing it.

Obviously when removing so much branch and general foliage there is the common issue of where to put said foliage. So one afternoon saw us loading up not one but TWO landrovers ready to take to the “dump” – there is no where to burn on our premises. 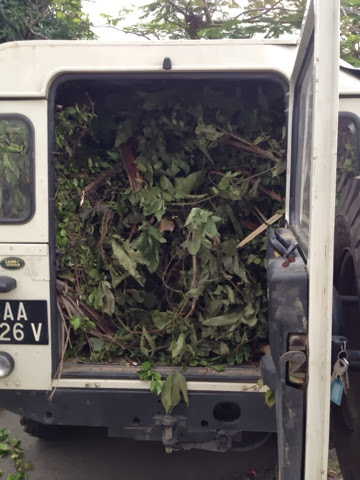 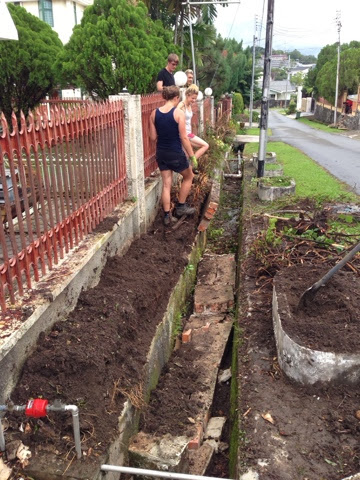 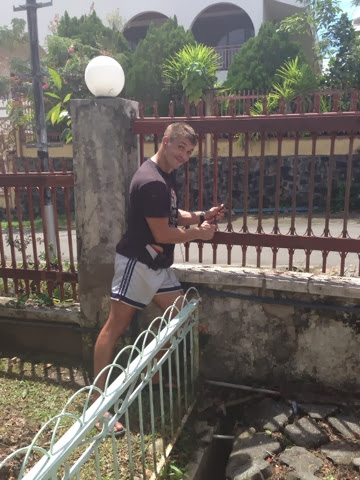 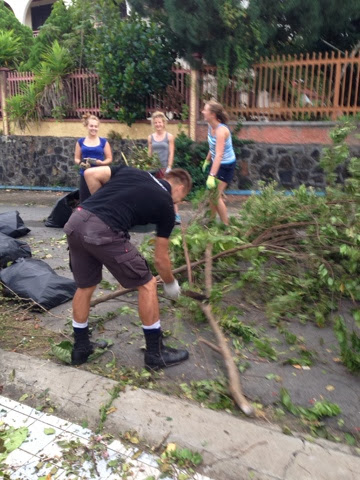 On Saturday I left fieldbase on the loop. With much rubble and wall left laying around, I am intrigued to see the changes upon my return this coming Saturday. Especially since the instigator of all this – Kris – is currently with me.

The reason I am writing a blog about this is because medic nat composed a beautiful letter for us to give to alpha 3 on the loop to better indicate and inform them of the fieldbase hub of activity in their absense. 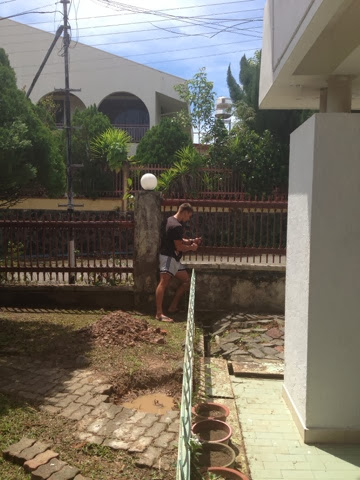 So I felt you may need a little context before I just randomly posted a copy of the letter into my blog. Please note photo below of fieldbase before the greenery was removed: 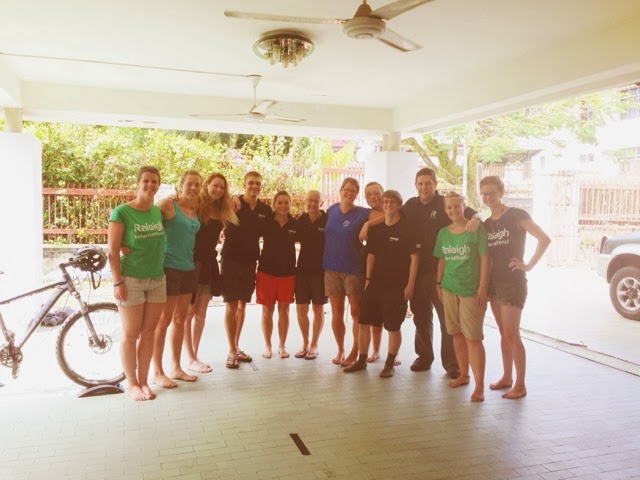 Medic nats letter is not only informative of said FB antics, but also gives an insight into the loop and what we do when we go to each project site to visit everyone.

I will now post the letter in my next blog.

Please note that it needs to be read in a mystic deep voice as if you were talking to someone from another planet. I hope you enjoy!!