How do you pick up the threads of an old life? How do you go on, when in your heart, you begin to understand, there is no going back? There are some things that time cannot mend. Some hurts that go too deep…that have taken hold.

So… During my time at field base during phase one, I have been delighted to get engrossed in several tv series and movies. Most excitingly being the extended versions of The Lord of the rings trilogy of which I have never seen before and have just finished watching tonight.

I am a big fan of the movies. Having read the books I can safely say that unlike countless other book to film adaptions, Peter Jackson has excelled in bringing the genius of Tolkien’s written word to life. And just like that sad and bizarrely lost feeling that may assemble within ones self at the end of reading an incredibly good book; this feeling is replicated -for me anyway- at the end of watching these interpretations and adaptions of such great literature. Not something that can be said for many films I have watched that have been adapted to screenplay from books.

I highly expect that for every book there are millions of interpretations. Differing from one person to another. Ideas of characters that form in your head so clearly that the reason you are so disappointed when it comes to watching the adapted screen play is because they never quite really do your own imaginations justice. I know this is stating the obvious, but even now, beyond 10 years since the fellowship of the ring was released into your local movie theatre, I continue to be amazed at the films’ sheer brilliance in matching so many of my own portrayals of characters within them.

I’m not intentionally doing a review here. But it has to be said that the extended versions do piece together a lot more of the story. Admittedly there are parts that are still missed: Saruman being killed off too early, Frodo and sam returning to the shire that is seemingly untainted by the other goings on around middle earth…

Particularly it got me thinking about the situation I am in. Being far from home, on an adventure of my own, seeing and experiencing new things every day.

I vividly remember (having experienced travel during my gap year and last year of uni) telling anyone who was about to go travel for the first time, and in particular to my brother Sam who has just returned from living in Chicago for a year; that they are to make the most of it, don’t miss home too much! embrace the new world, as upon arrival back home not much seems to have changed when you return. Within a week you’ll be back to feeling like that last period of your life/travel is so far away and feels almost like it didn’t happen. Or that at the least it suddenly feels like a very short space of time in which you were away.

I think I mentioned in a previous blog from America this sense/feeling that everything and nothing changes all at once.

As soon as you land back home you are transported back to the last time you were there, the last time you saw your friends down the pub, albeit a month or a year; suddenly that space in between is squashed. No one at home has had that same experience as you, you can talk about it, sure, but really you’ll be back to talking about life as you/they know it. Who’s going out with who, what happened last Saturday etc etc

The same feeling occurs whilst you are actually away. You may be experiencing and doing all these new crazy fun things but when it comes to contact with home and friends and loved ones, you tend to talk about the last time you saw each other, or even, bizarrely start planning for the next time you’ll see each other.

Those people at home cannot always relate to what you have experienced and therefore can only contribute by filling in the gaps of what’s happened while you have been away.

The truth is, or rather, what I have realised is that everything really has changed. Predominantly because you have changed. The depth of change can be subtle and even take a long time to reveal itself in your habits, lifestyle or indeed physicality and thoughts.

At the end of the return of the king movie you see samwise stroll up to Rosie (who he has fancied since the fellowship of the ring – if not before) and pretty much marry her. Something that he had not the strength nor courage to do before. We see Frodo leave the shire, a longing adventurous spirit that has always been there, but perhaps he has always felt held back by family duties and the fact that he has such great friends in the shire. We see Aragorn go from the little confidence in himself due to the failings of previous members of his bloodline to then becoming the king of all men on middle earth. All because of the building up of experiences they had whilst they were away.

I’m not saying I’m going to return to the UK and with a new found sense of confidence and courage seek out prince harry -who i am obviously destined to be with- who will fall madly in love with me and marry me so i become a princess….but what I am saying is that being away from your norm, from your routine, from the expectations of your ‘world’, well it personally makes me feel really alive.

Never do you feel your mortality as much as you do as when you are away from the normal perhaps task based existence of your day to day life at ‘home’.

I tend to look back a lot on my life, like what I could have done, what I could of said, what situations I would have avoided if I could go back. Therefore when I look forward I tend to want to know what is coming. Planning and scheming in my head a perfect picture of how things are going to pan out.

I can’t really do that here. A good reason being because i don’t yet have a return flight or have figured out where I am going next!

Certain situations arose before I left that left me confused and with a lot to think about. When I spoke to a friend out here about this, he listened and then said to me that I can’t be in two places. If my body is here and my mind is somewhere else, then really I am not doing this experience justice. Nothing can be done about left behind situations or perhaps dilemmas until they come to fruition once again. IE there is nothing I can do about what happens when I return right now. Even planning and talking about it leads to dissatisfaction, impatience and to be honest non realistic future intent and gestures.

I am here, present in Borneo. And here I must absorb.

How do you pick up the threads of an old life? How do you go on, when in your heart, you begin to understand, there is no going back? There are some things that time cannot mend. Some hurts that go too deep…that have taken hold.

This quote from the film end by Frodo is what set me up on this blog rambling. I don’t associate many things from home with hurt or regret. And those that I do i have learnt from and would never put myself in those situations again. But I can relate to the ‘no going back’ part. For the context in which I return from whatever new experiences I have in life (not just travel) back to home mean that I will never quite be the same or back to who I was before.

It’s probably the middle if the afternoon back in the UK and this is the deep ramblings of me, the other side of the world at 11pm, tired and having just been thrust back into the reality where hobbits, rings of power and elves don’t exist.

So with not wanting to sound too much more like a complete lord of the rings geek, which I wouldn’t say I was…

I’m not sure if there is really a conclusion to this one. To conclude would be to conform to the fact that these thoughts of mine are over. But really they are happening all the time.

It’s a dangerous business, Frodo, going out your door. You step onto the road, and if you don’t keep your feet, there’s no knowing where you might be swept off to. 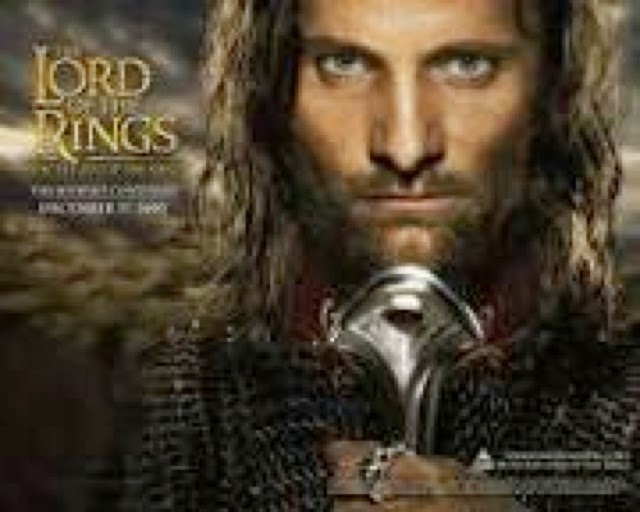