The remainder of the time spent before the venturers arrived (7th October) was spent planning for projects from every possible angle.

Firstly each project manager was given their allocations for each phase. For example 1st phase at the kindergarten, second phase on trek/dive and third phase on the Danum valley project. Because I am field base and logistics staff I obviously didn’t get allocated any projects. The project managers specifically run the projects and lead a group of approximately 12 venturers on each phase. However at the same time the field base staff were given their allocations. For phase one I am remaining at field base in the city for the full 19 days. On phase two I am on the loop. Basically for 1 week of the phase I visit (with other field base staff) each alpha/project site apart from the trek alphas as obviously they are deep in the jungle somewhere. We take the shop with us and any news from home etc, apparently we are treated like celebrities and usually stay the night at each project site. This is where i will be doing most my off roading in the land-rover to find these small villages in the middle of no where! And finally on the third phase I become a temporary PM and go to the kindergarten project site (alpha 1) to help finish off the kindergarten and be part of a project. Between each phase there is about 48 hours at base camp called ‘changeover’. As logs team we have to have all the food prepped and ready for each project group for the next phase, and any other equipment etc that they need.

So there is my timetable for the next few months!

Once allocations had been given out to the PM’s they then had to split into their alpha groups for the first phase and arrange and do their PPV (project planning visit) so for 2/3 days they all went off on their PPV’s all around the region to meet the villages they would be staying in, meet the rangers/guides do risk assessments and emergency evacuation procedures and generally just get a lay of the land. For field base this was a good insight into what life would be like during phase time. Each PPV group, similarly to each alpha group (later on) has a radio, sat phone and GPS, all of which is maintained and dished out correctly by the logs team too. So from the moment they left field base the radio was switched on at field base. This basically means that in key rooms of our field base house/building constant white noise is played  24/7 and we receive every morning and every evening a radio call from each project group to update us on their progress. If there were ever any emergencies (which has happened before!) they also use the radios to call through either a CASEVAC or a MEDEVAC (both hopefully self explanatory- but just in case; CASEVAC- casualty evacuation, that person needs to get to a hospital right away/as soon as possible, MEDEVAC- that person doesn’t urgently need to get to hospital but still needs to be evacuated from project site and taken there ASAP)

Each morning the project sites radio in a SITREP, (situation report) a run down of what they have been up to. And on the afternoons it’s just a radio check. They can also request a TRIPREP which is basically where they, or some members of the team would want to leave project site for some reason (i.e. get tools from a nearby town) they have to ask permission from zero (aka field base)

A pretty busy time for us all.

After PPV was over we were given revised lists of what each project site needed with regards to equipment. So a few visits to ‘cerelin’ which is a hardware/equipment store. I say store, it’s about the size of a large bedroom. Then organising all the equipment for each group. And then consumables; washing up liquid, soap, bin bags, trangia fuel, mozzy coils, bleach etc etc. this was enough to keep us fully occupied right up until the venturers arrived. It really was a busy last week.

In between organising and spreadsheets and checks and double checks we also had attend soft skill sessions. You know, how to deal with questions from venturers, like ‘have you ever done drugs before? Who do you fancy out of the PM’s’ etc etc. basically lessons on boundaries, Raleigh’s take on various issues, and then on top of this we had medic sessions on how to deal with broken limbs and CASEVAC/MEDEVAC situations etc etc. finally we learnt a lot about Sabah culture and industries.

It wasn’t all work work work though.  Amongst all this there was a lot of fun including table tennis tournaments in the evenings at field base, another day off ( that I spent sufficiently hungover from a night out clubbing in the city; the evening involved lots of dancing ON the bar of a club where when I asked for water I was given a glass FULL of tequila instead) we also did the ‘raleigh olympics’ the night all the PM’s were back from their PPV’s. We all had to dress up as something beginning with K (because we are in kota Kinabalu and also our expedition is called 13K) and then we watched the skits from each PPV team. Basically at every changeover each project group has to do a skit/drama/song or  whatever that describes their 19 day adventure! so the PPV skits were like a dress rehearsal! For the raleigh olympics we had to push the landrover up the hill, (knackering) do a wheelbarrow race. an actual wheelbarrow with someone in it and running down and up hill. And then there were food related challenges. Oh and I almost forgot, a dance off! I was dressed up as a member of the band ‘kiss’ with debs (admin) kris (DPM- deputy programme manager) and mac (country director) The face paint so particularly applied by myself was a complete sweaty mess by the end of the night!

On the night before the HCV’s arrived (host country venturers/locals who arrive the day before other venturers) we had the most incredible night out at a karaoke place. Raleigh had hired out the whole venue, and as our official last night of drinking for 10 weeks and a celebrating of the last 2 weeks all together we had an absolutely awesome night. I would like to clearly state now that the only reason I am wearing sunglasses in the pictures is because they are prescription and I couldn’t find my normal glasses. Not because I am some kind of crazy diva or something.

So my lil bro Tim arrives as a venturer on the 7th along with the 50 odd others. I am very excited for him, he should have the most incredible time! I am apprehensive a little on how he will take to this jungle life. He has never done anything like this before, and most of the time I will not be with him at all, which is most definitely for the best. It’s a great opportunity for him to step out on his own and gain real independence and to be doing something that no one else in his family has ever done before! I am truly excited for him and excited to see him! I think it will feel a bit odd at first! It’s like my territory, and in a way I am daunted a little by the responsibility I will only naturally place upon myself upon his arrival. Not that I won’t feel a sense of responsibility anyway with all the things we have to get right for logs! I

Watch this space I suppose!! 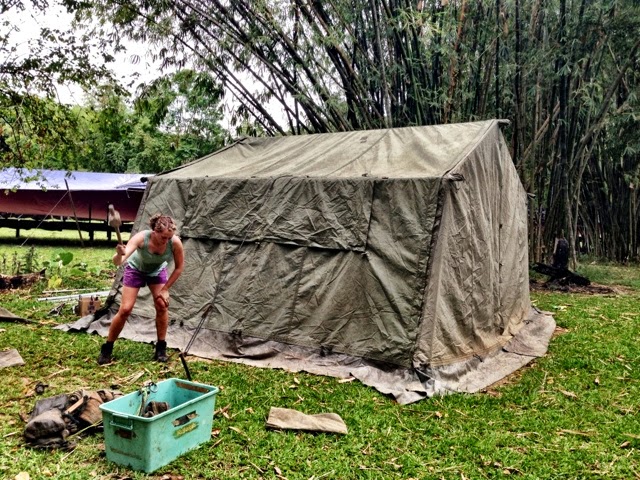 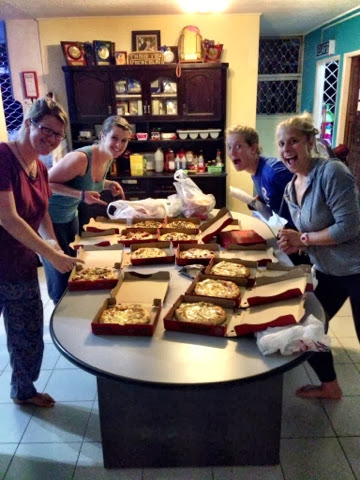 Pizza Hut night at field base 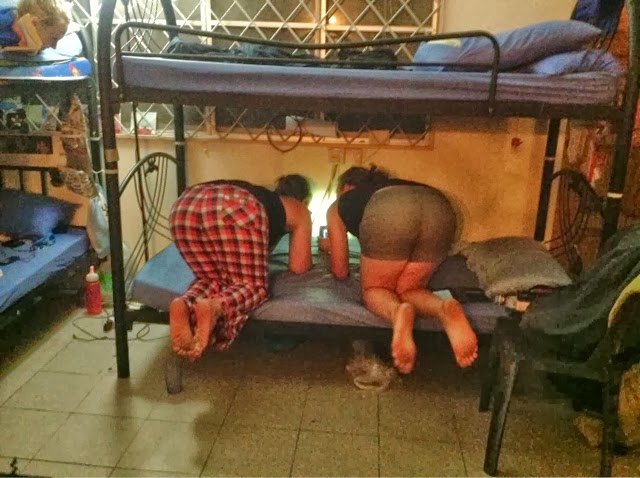 Finding weird bugs in our girls dorm ( that top bunk is where I sleep!) 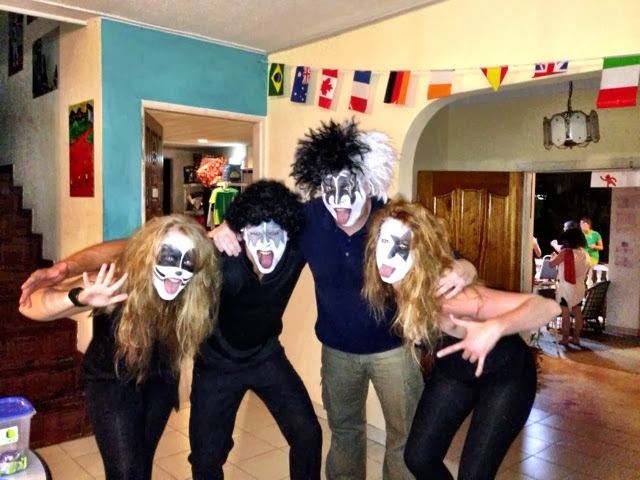 The band ‘kiss’ dressed up for Raleigh Olympics night 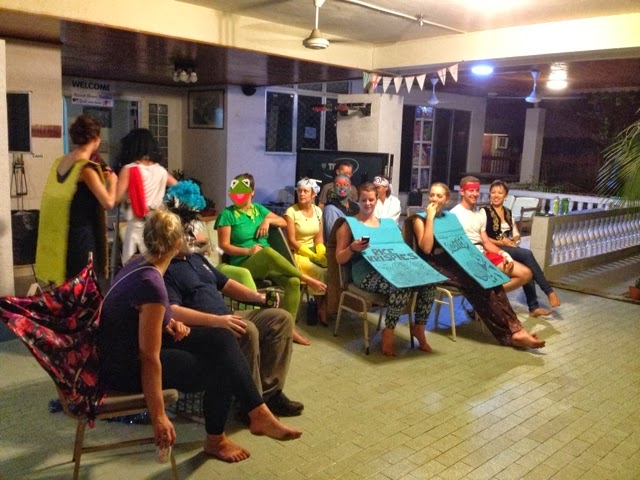 Raleigh Olympics night and viewing of the PPV skits 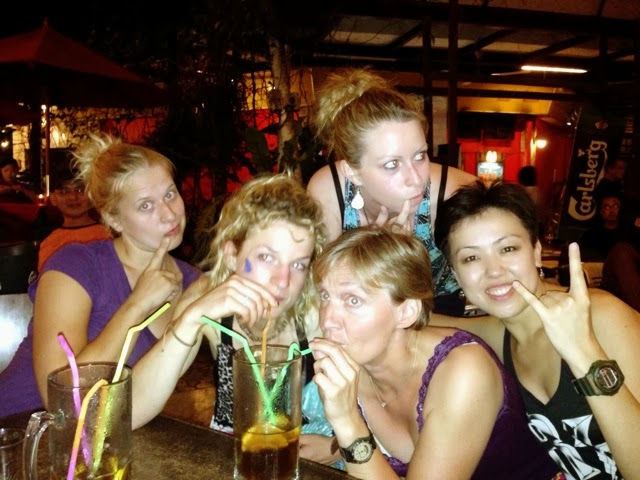 The night out before our day off… 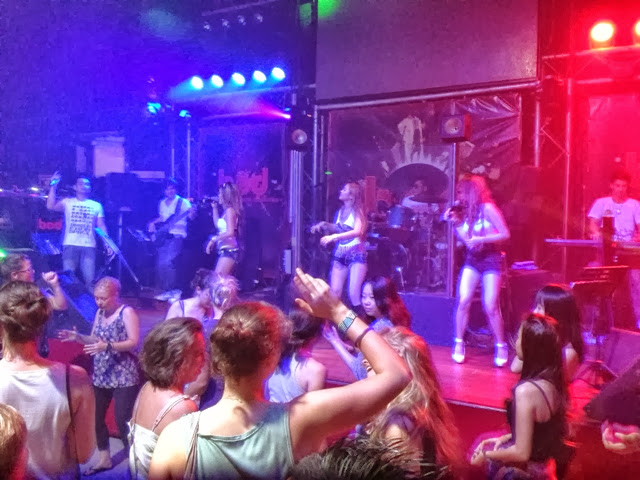 The dancing on the bar club. Club name is ‘BED’ the question ‘are you going to bed?’ Deeply confused me over the course of the night prior to arrival at the club itself. 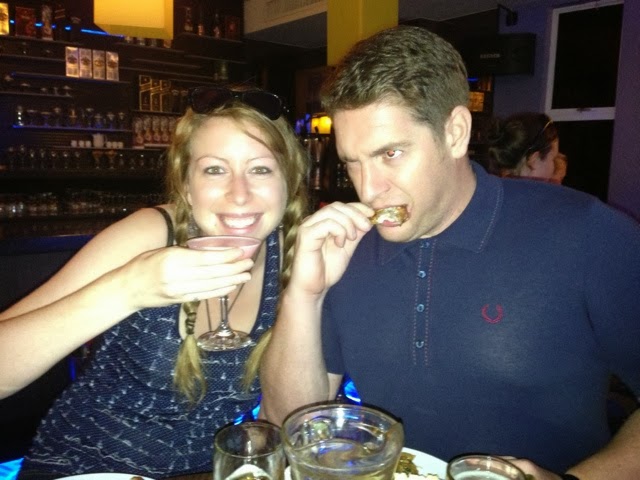 Me and mac (the country director) at the karaoke bar. Mmmmm chicken 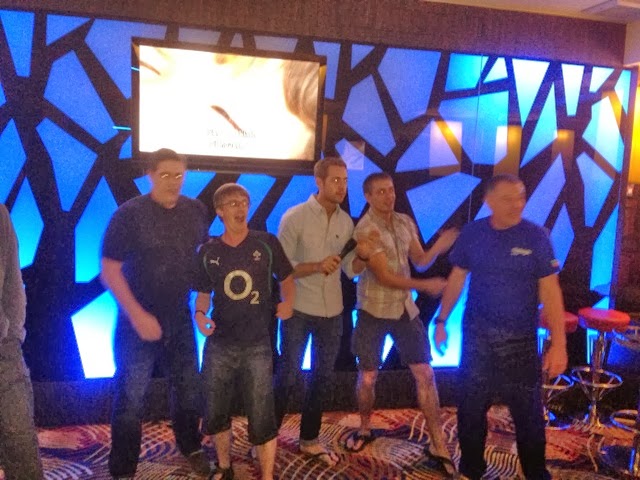 The lads singing at karaoke night 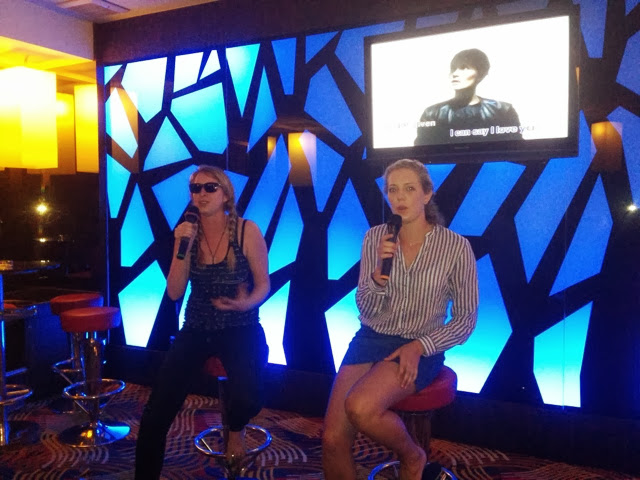 Me and nat singing westlife (my fellow logs chum from N.I – actually Alastair is also from N.I, our other logs person, so don’t be surprised if I return with a N.I accent. Although I tell you now it’s very hard to pick up, and when I do try it results in giggles all round. I somehow end up sounding from India or Liverpool) 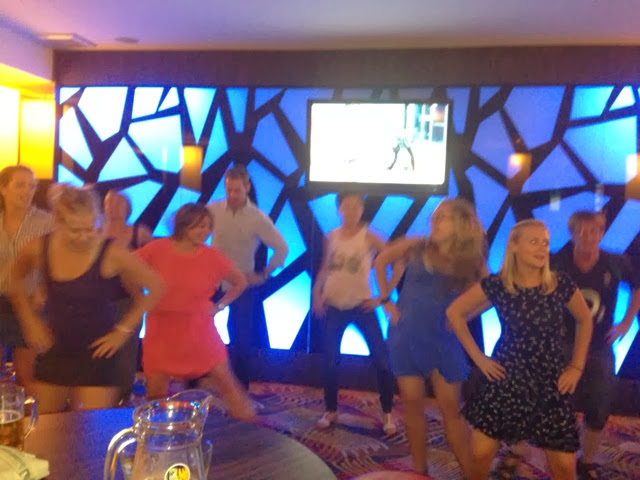 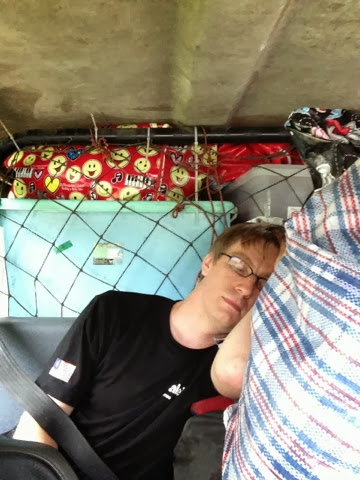 The result of a week of all work and all play…. (Alistair)