So! I have arrived in Borneo!

The flights over to Kota Kinabalu (the main city of Sabah Malaysian Borneo) were not the most pleasant. When I boarded at heathrow the pilot explained that the last four hours were going to be full of turbulents as we would be going through monsoon storms over the Bay of Bengal.

The first leg was fine, the plane was one of those double decker panes: huge. But as promised the last four hours felt like we were on some sort of crazy rollercoaster. The lady next to me was obviously a frequent flyer as she just continued watching something that was apparently very funny and kept laughing every now and then. Which was I suppose relatively comforting but actually when I thought about it rather weird. I was very happy to land in Singapore where as soon as you step off the plane you can feel the humidity sinking through your bones!

After an hour and a half wait I boarded a 2 hour flight to KK. Much smaller flight, and it was daytime so at least you could see everything. However again there were turbulents. I finally landed at about 11.00am KK time and the day looked to be a good one. Blue skies, sunshine and stunning scenery as we came into land. Kind of felt we were going to land in the water as we literally didn’t touch the ground until what appeared to be about 10 meters from the water!

But I made it! A huge sense of relief and then a moment to get my head round the fact I am here for just over 3 months and that the next few weeks are going to be fully packed with training and learning.

I met philli the rep out here at the airport where we waited for another girl zahna and her flight to arrive and then the three of us headed back to field base in one of the famous raleigh land rovers.

Field base was far more than I expected. It is basically a house in a lovely suburb and is rather huge. The main offices are based here along with our bedrooms, living areas, big room with a projector/cinema room. Lovely outdoor space, air con, kitchen (where Loli our cook makes delicious food for us everyday) and there is wi fi! So a lot more glam than I had originally thought it would be.

We met all the other advance team, there are 9 of us in total. We are basically the team that remains at field base the majority of the time. In my team of logistics there are two others, Natalie and Alister. Everyone seems really lovely. The in country host is called mac and he’s been living out here for many years, and then the other in country rep is a guy called Chris who had just come from another Raleigh project in Tanzania, and at the beginning of the year had done this Borneo one too, so this was his third expedition on a trot!!

After a tour of the field base and then being able to get changed (jeans were proving pretty stifling by this point) we then had lunch together. At about 3pm we had a health and safety briefing followed by watching a few intro videos to show us what our time in Borneo may be like. I found it pretty hard not to fall asleep. After this I got to have a power nap before we all walked a few blocks away where we were to have dinner. This was at a open plan bar restaurant serving Malaysian style food. We were give water to drink which had sugar and lemon in it and was very refreshing. I will have to keep on top of my water intake here. At least 5-8 litres a day. Pretty hot I tell you! We ate such things as rice and noodles and meat all prepared and spiced in a totally foreign way and delicious! I hadn’t really eaten anything on the planes. Call it nerves. So I was pretty hungry. After food we went to a bar called the brass monkey where I had a tiger beer. It wasn’t a late night we were all pretty exhausted and so back to field base for sleepy time.

Every morning we have a meeting at 9am where each member of the field base team runs through what they are doing for the day. We then do an energising warm up and crack on with the day. My first day consisted of reading the previous end of expedition reports. Basically this outlines the logistics role and what order and when we should be doing things. There is heaps to do and a lot of this advance week is really for us to get our heads around it all before the rest of the VM’s arrive (volunteer managers) Loli made us lunch and dinner which was again delicious. In the afternoon myself, Natalie and Alister (logistics team) had our driving assessment. Those land rovers are pretty bulky loud and heavy machines to operate! We each took turns to drive around the city and as well as getting a hang of the vehicle it was to orientate ourselves of local spots we will be visiting a lot in the next few months. Thankfully in Malaysian Borneo they drive on the same side of the car and road to us so its not too hard to pick up. But the local drivers are nuts. Literally NO signalling, cutting in all over the place and generally just a nightmare. Apart from within the city we are not allowed to drive at night. No roads are lit up and there are no cats eyes. It’s pretty dangerous and due to a Raleigh fatality a few years ago at night it is now a strict part of Raleigh code not to drive at night. Quite understandably. And in all honesty I am relieved about this. Day time is crazy enough!

After dinner me Natalie and Alister ventured out on our own to drop Loli (the cook) back to her home on the sea front (one of those houses on stilts) however it happened to be Malaysia day. I believe this is the celebration of the Sabah region in Borneo joining the rest of Malaysia. Once we got downtown we were at a stand still for 40 minutes. Even in the evening it’s pretty boiling and we were all still pretty exhausted too! Loli eventually got out and walked home with a friend she had spotted, and eventually the traffic moved so we could u-turn and make our way back to field base.

Here we then ate dinner altogether, chatted and eventually we all decided to watch a movie together. We chose ‘life as we know it’ funny rom com. People began to drop to sleep, and when the film finally finished at midnight I was definitely ready for sleep!!

Today, Tuesday, has been pretty busy making to do lists, reading through literature, all 3 of us LOGs team went out separately at different points to run errands for people. My brain is literally fried!

Tonight we are going to the Philippine market where we will eat dinner and then head to a bar to chill out with a few beverages before returning back to FB. So much to do!!

Over and out x 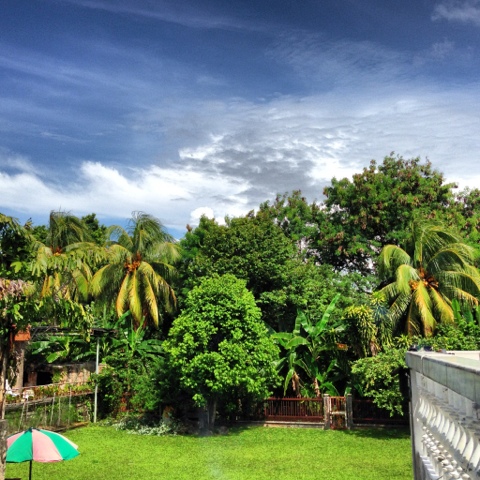 View from the girls bedroom balcony 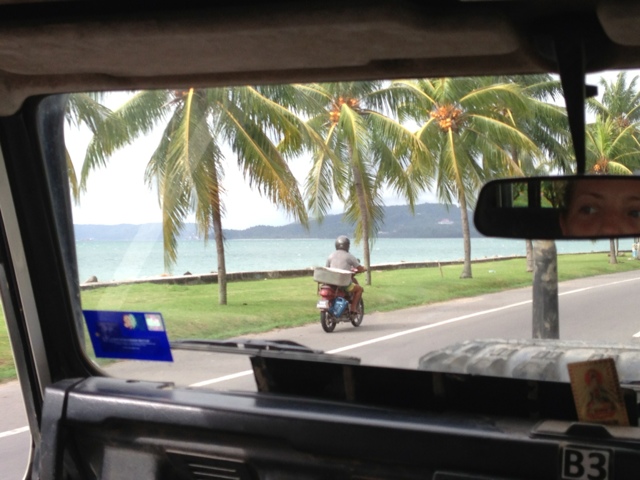 Driving long the waterfront in the city 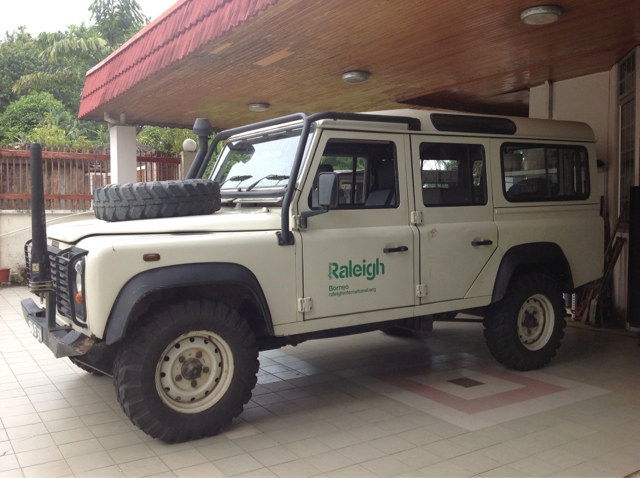 Bravo 1 (there are 3 bravos/land rovers) 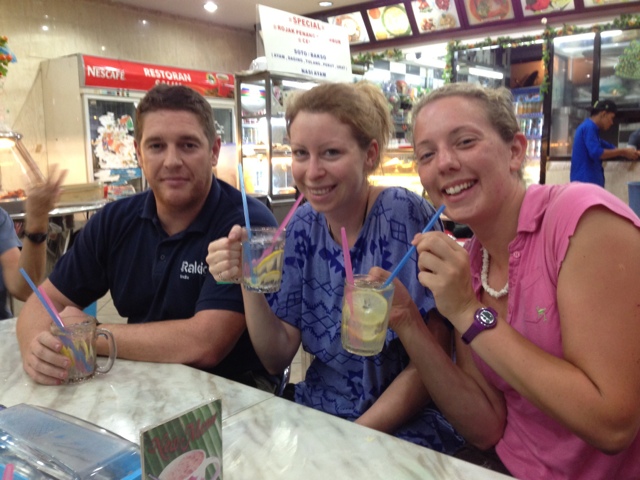 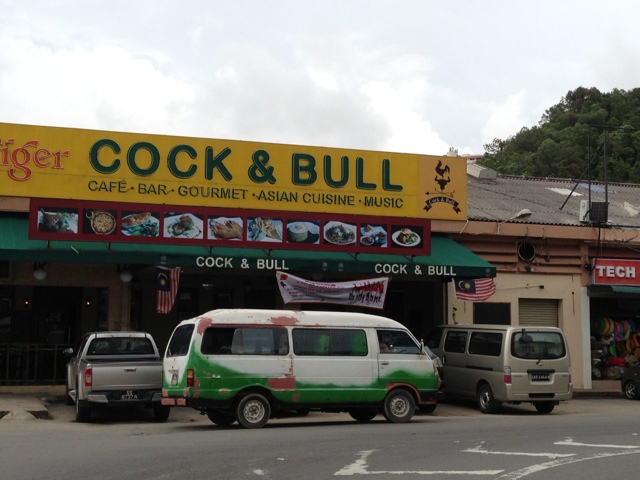 More interesting venue names to follow. Some are very rude…. 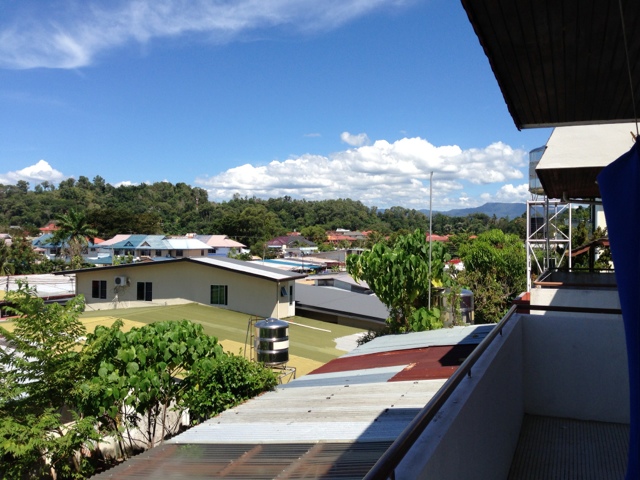 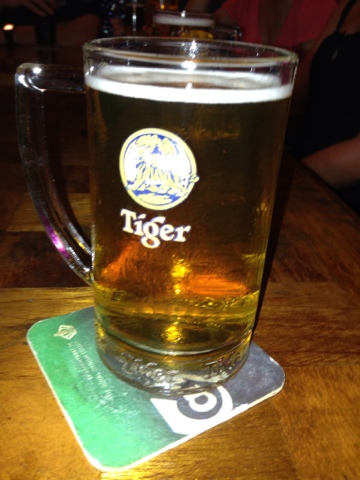 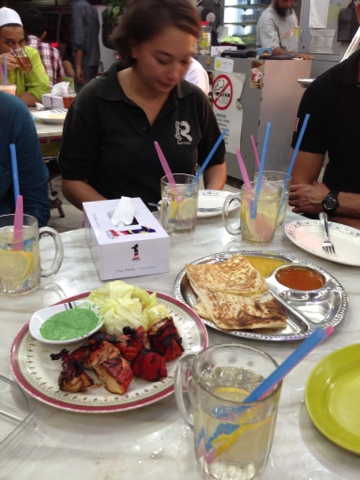 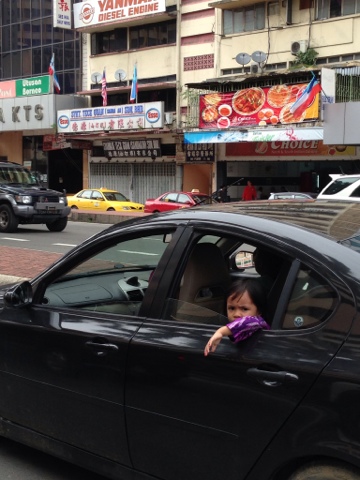 Driving around the city 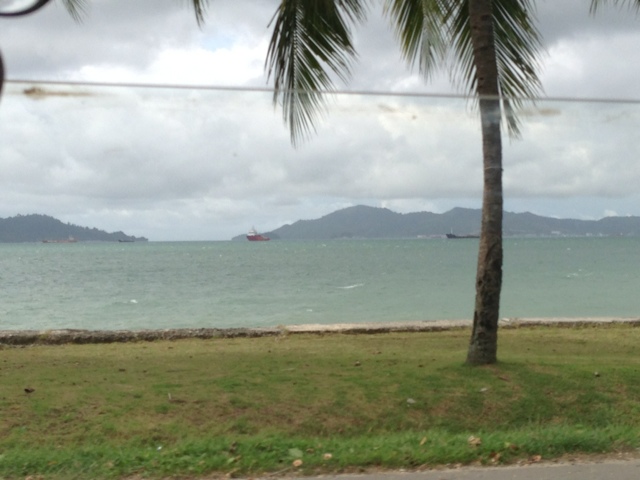 Monsoon weather about to kick in…