When I lived in Los Angeles in 2008, I always kicked myself that I never really ventured out of the city to another. In particular to San Francisco. A friend of mine was living there at the time doing a similar project, and always was trying to encourage me to go up and visit. In retrospect it may have been exactly what I had needed at the time; for as amazing and not amazing as Los Angeles turned out to be; San Francisco could have provided a well needed break from all the Los Angeles drama.

But I didn’t go then, and I promised to myself that if I was going to Seattle and Los Angeles there was no way I could avoid San Francisco this time. It is a city of which many friends who have visited themselves speak very highly of. Artsy, fun, quirky, beautiful and friendly are some words I have heard that described the city. So it was with excitement and interest that I boarded the train in Seattle, saying an emotional goodbye to Sarah and went on my way.

The train was an overnight train leaving at 9am from Seattle and arriving into Emeryville station (a suburb town of SF) at 8am the following morning. To begin with I was sat alone which was nice. I mean as much as I love sitting next to people, when you have the seats to yourself it means you can potentially have two seats to sleep over which is much more comfortable and there is a higher chance that you will actually sleep. Of course on these trains you can book a sleeper cabin with a proper bed. However at $800 extra for the privilege I of course am happy to rough it up for a night. Plus being in coach class means you do get to meet more people and really feel like part if the action.

The route the train takes on this journey is supposed to be the most epic of all the train rides in the states. With Seattle and its beauty prevalent in my mind I didn’t think I would find it hard to agree.

I decided to go to the viewing carriage where sometimes a guide talks about what there is to see out the windows. I was in luck. From Seattle to Portland I had a full live audio guide talking about all the sites and sounds of Seattle and the journey out from Seattle passing mountains and more inland lakes and water and then on through into rainforest. It really is the most stunning of journeys. Particularly so when the weather was so good. Blue skies and sunshine seemed to bounce off every element resulting in the most awesome of journeys through Washington state and down into Oregon. 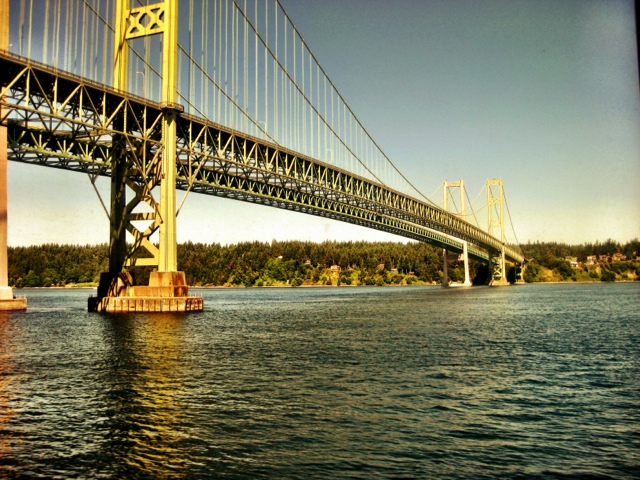 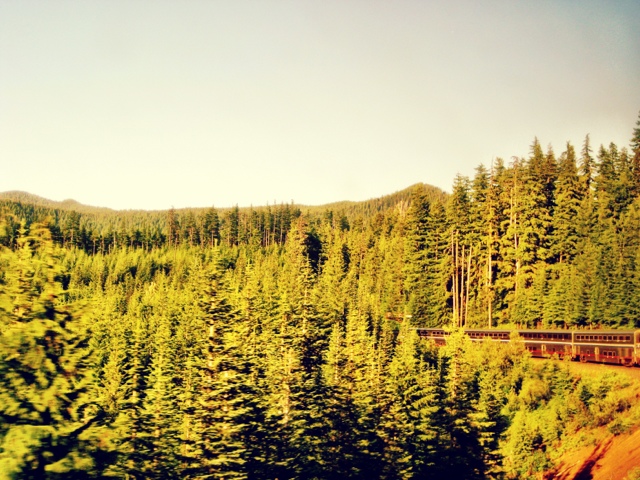 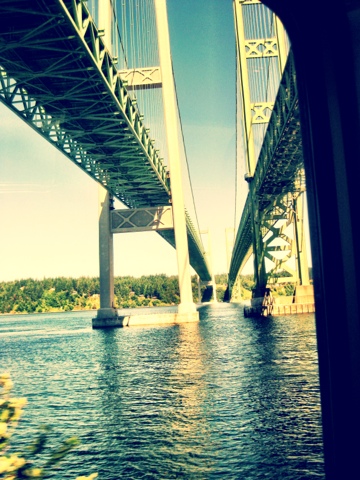 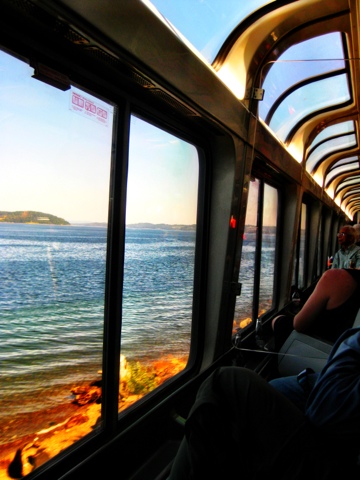 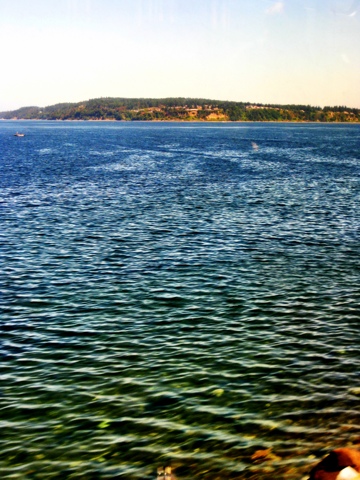 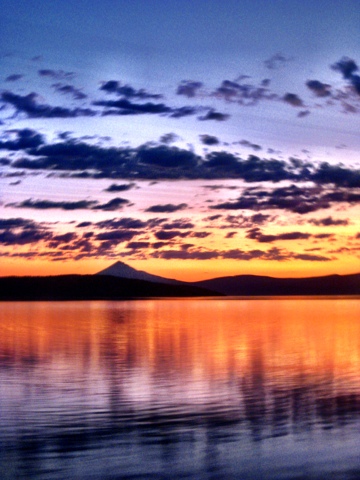 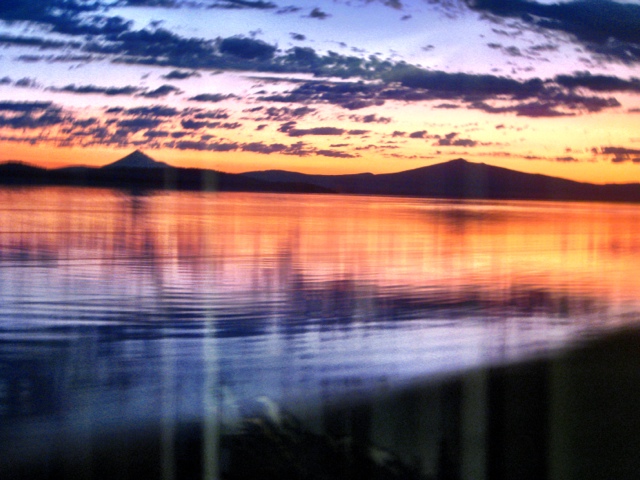 Watching the sunset over the water was stunning. With the array of colours and being that I am on the west coast, this was probably the best sunset I had seen so far on the trip.

Much before this and before Portland a girl called Victoria joined the train and was assigned a seat next to me. We quickly got talking and I discovered she was on her way to San Diego to go and meet her fiancé for a comic book conference. Her fiancé and herself have been together since they met 14 years ago online. He is from Wales, UK and she from Oregon. They only manage to see each other once a year for about 3 weeks, and I was in pure bewilderment of their relationship and how it constructed itself and then has managed to be continued as such all this time. At this point they haven’t seen each other for over a year! Really quite remarkable, and yet she convinced me enough that it works really well for them. I believe they are trying for him to get a US visa, but then there have also been money related issues and studying issues that has meant they’ve never lived together or been with each other longer than a month at a time. Quite remarkable.

Anyhow, Victoria was very knowledgable about the surrounding areas of Portland and beyond and after we had stopped at Portland we proceeded to talk about all sorts of things whilst she was quite literally guiding me through the landscape with her knowledge. She is halfway through an anthropology major which was fascinating to talk about as well. A subject I perhaps wish I had been able to learn also. Although I guess there is nothing stopping me from teaching myself. We then had dinner together in the dining car. In the dining car it is what they call open seating. So we were sat opposite two ladies who looked like they were travelling separately. And whom didn’t speak for the entire meal…

Interesting! Perhaps Victoria and I were far too overwhelming with all our chit chat. 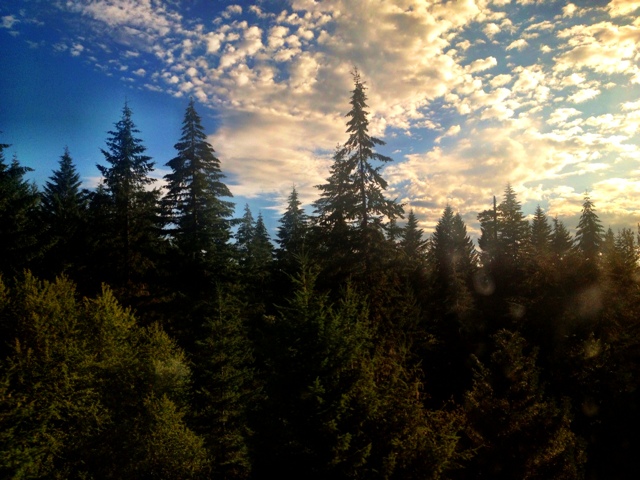 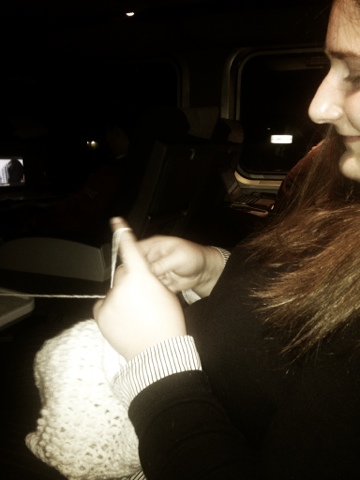 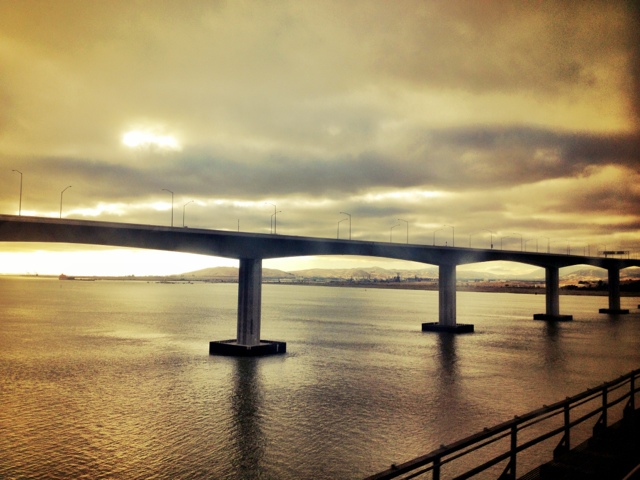 Once filled up we headed back to our seats where I proceeded to listen to music and stare out the window into relative darkness until I fell asleep. Victoria was knitting until she too fell asleep I would imagine. One thing I forgot to mention was that midway through the afternoon Victoria reached into her bag and pulled out a travel plug in kettle. I did find this quite amusing, but also incredibly forward thinking. No need to pay ridiculous amounts of money for coffee or tea when you bring your own eh!

Very kindly I had a coffee of hers and watched as the kettle boiled away on the pull out table in front of me.

In the morning I went and picked up some breakfast pretty early on. I hadn’t slept particularly well. And I knew that I had this one day only in San Francisco and didn’t want to waste it. Victoria had knitted a hat which she then proceeded to give to me as a gift which was pretty cool. Inspired me to try start up knitting again!

Once off the train at Emeryville and having said my goodbyes I then had to get a transfer bus into San Francisco itself. Disappointingly the weather was very overcast. Quite literally the first overcast day in months I had experienced. But still humid, and despite the weather it didn’t take away the grandeur of the San Francisco skyline and the quite amazing entrance I made into the city via coach over many big bridges and over a lot of water.

I was dropped off at fisherman’s wharf. Having booked my hostel already I decided I could most likely walk from this drop off point up to the hostel having looked at the map. What I hadn’t thought of was the bags I would be carrying and their weight and my overall fatigue.

After about 15 minutes of walking I found myself along the sea front. A young smartly dressed guy came up to me and asked if I was looking for the hostel. I asked how he could tell and he said it was the bags, and the general look of being lost, and that he had just returned from several months backpacking around Australia. He introduced himself as Tim and then offered to walk with me and then point me in the direction of the hostel. In fact once we got to his car, he just said jump in and he’d drive me up the hill, as it was rather the trek with my baggage. So I did! So this very friendly stranger who i’ll probably never see again not only did me a huge favour and dropped me off at my hostel, but also gave me my first impression of the people in San Francisco. Friendly, kind and fun. 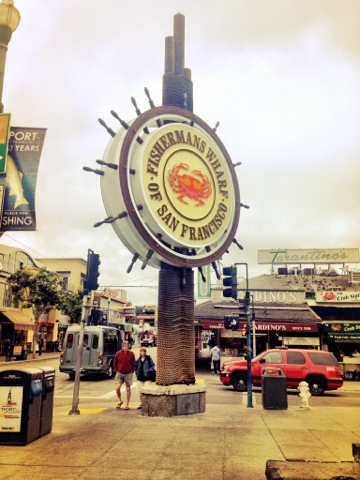 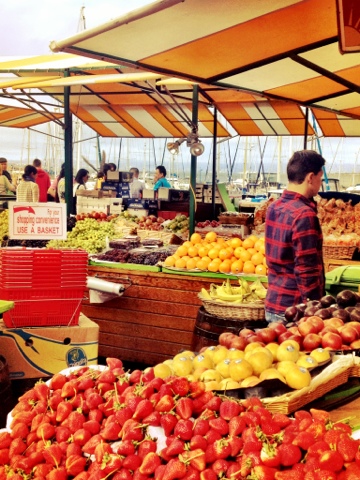 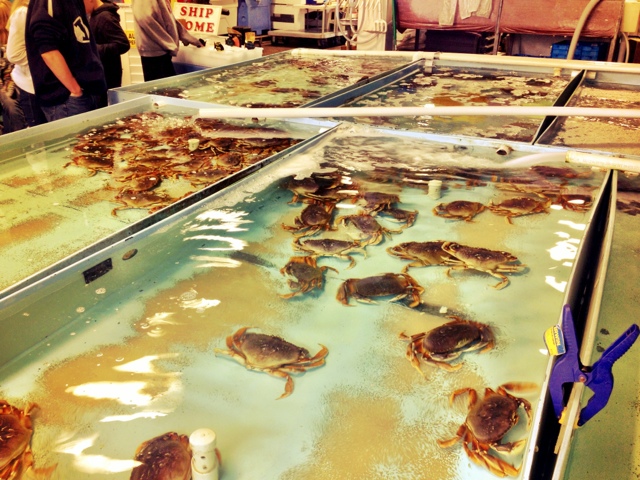 The hostel wasn’t ready for me to properly check in until later on that afternoon, I had arrived rather early. However I could keep my bags in storage and use all the facilities as much as I wanted. So once I’d dumped my bags and used the free Internet to tell family and friends I had arrived I walked back down the hill to fisherman’s wharf to walk around and get a general feel for that part of the city.

The hostel itself is situated at the top of a hill that has a cycle and walk path right next to it that ultimately leads to the Golden Gate Bridge which I have a fantastic view of from the hostel. One of the things I decided I must do whilst in SF was to walk across the Golden Gate Bridge. Once I had shopped around a bit in fisherman’s wharf and eventually had some lunch I decided to pay to go on a hop on, hop off bus tour which would take me all around the city pointing out the major site-seeing spots and historic landmarks. Probably the best idea I had considering I was only there for a day. I sat myself on top of the double decker bus, plugged in the headphones and allowed myself to get immersed into San Francisco and its past and present. When the bus reached the Golden Gate Bridge I disembarked from the bus and before crossing the 1.7 mile long bridge had a browse around the souvenir shop and took photographs. 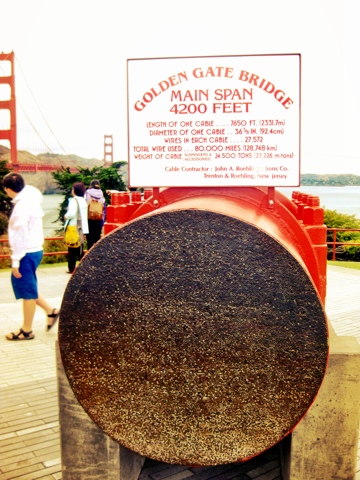 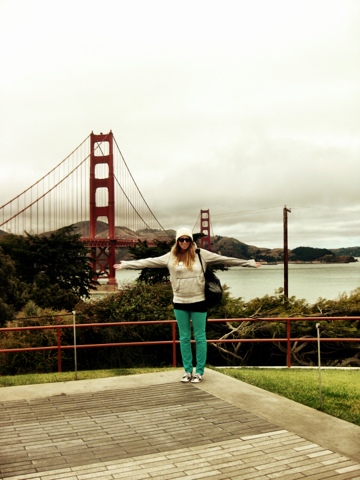 The walk across the bridge did feel pretty awesome. It’s a huge feat of engineering and even on the cloudy day I was there it was stunning and greatly impressive. The views it gives back down to downtown San Francisco were also beautiful and across to Alcatraz. Once over the other side I waited for the same bus to arrive and then hopped back on board. 4 stops later and more historical lessons past we arrived back at fisherman’s wharf where I disembarked finally and then wondered around pier 39. Here I decided to have dinner onlooking the sea lions and the sunset. The pier was rammed with people and it was great being part of the hustle and bustle. 1 clam chowder and salmon main course later I walked back to the hostel exhausted and sat in the common room and chatted to various other travellers. One gentleman Jamie had a whole bottle of red wine he needed help consuming. It would have been rude not to eh! 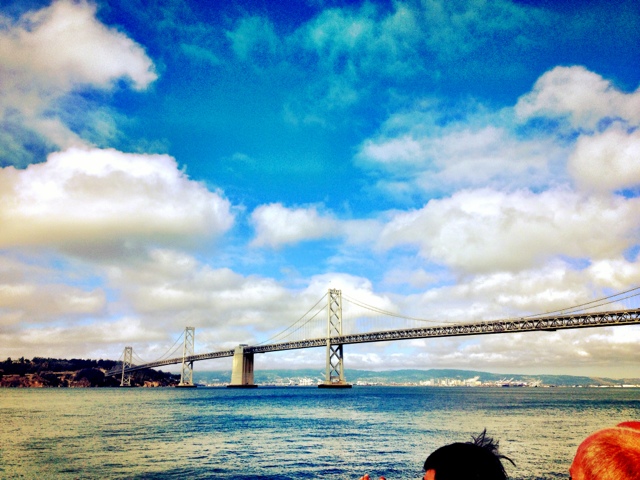 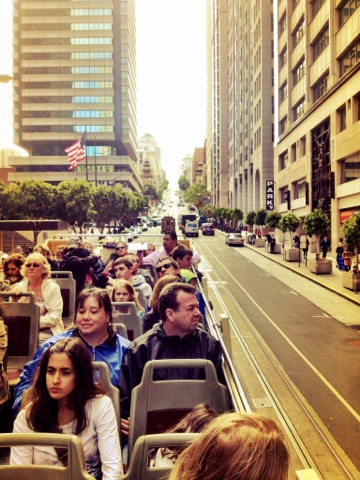 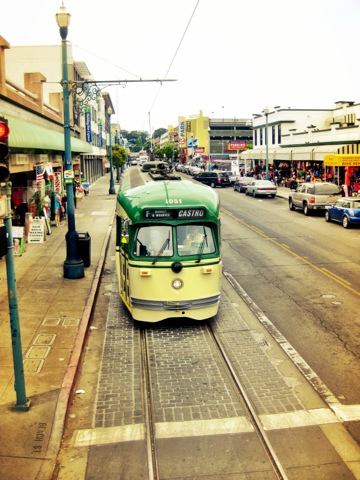 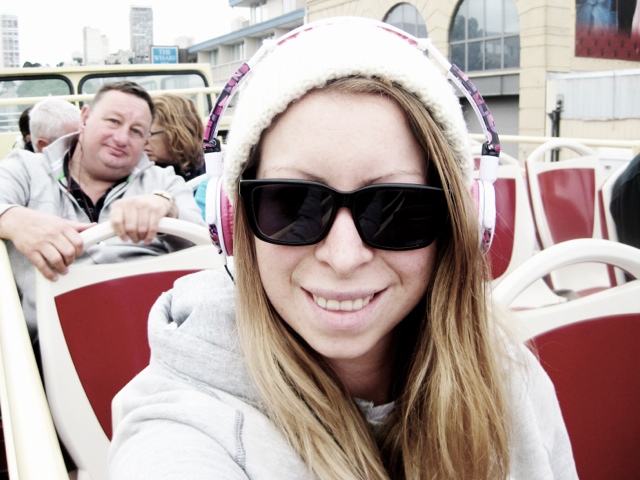 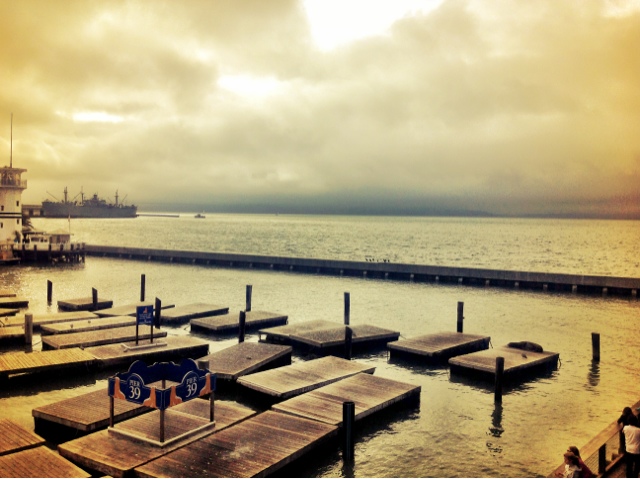 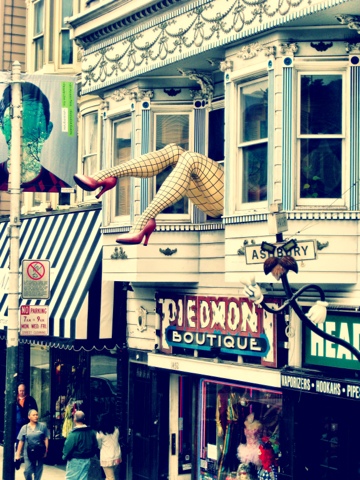 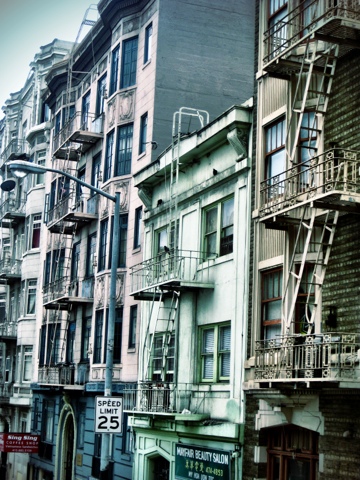 I shared a room with 5 other girls I never actually met. By the time I crawled into bed they were fast asleep and I had to leave at about 6am to get a bus back over the bay to inland where i was to pick up the same train I left yesterday and continue on my journey down to Los Angeles.

I really liked San Francisco. As with most places I have visited so far, I wanted more time there. But to be totally truthful it would have been great to be visiting the city with someone I knew so that we could discover things together. There is definitely something to be said for travelling with someone. Or indeed to stay with someone that lives in the place you are visiting. I hope one day I get to go back to SF. I would have loved to have gone up to Muir woods – redwood forest not too far north of the city- but time was not on my side on this occasion. Now fully exhausted with not a great deal of sleep I waved goodbye to San Francisco and boarded the train in Oakland for the next part of my adventure. 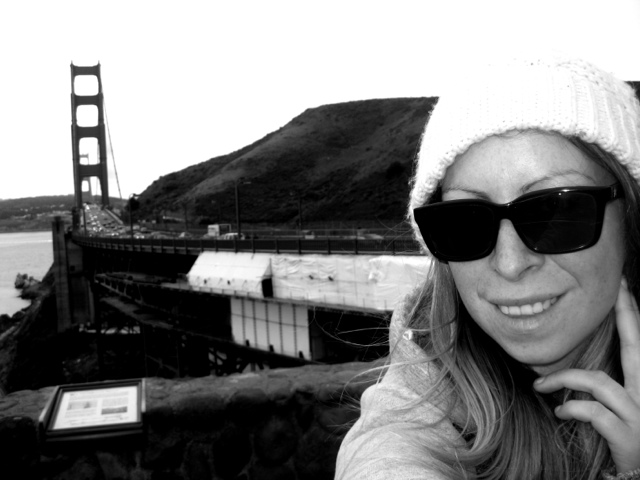