Driving from Niagara Falls and across Ontario Canada to sarnia we passed so many small towns and cities with names clearly originating from Europe and more specifically England. It was quite bizarre to see a mileage sign to Windsor, Cambridge and London. Had it not been for the fact that the miles in between these places would have made absolutely no sense in England, I would have felt like I had been blasted back to the UK without my consent. The constant downpour of rain for the first hour or so didn’t help either! 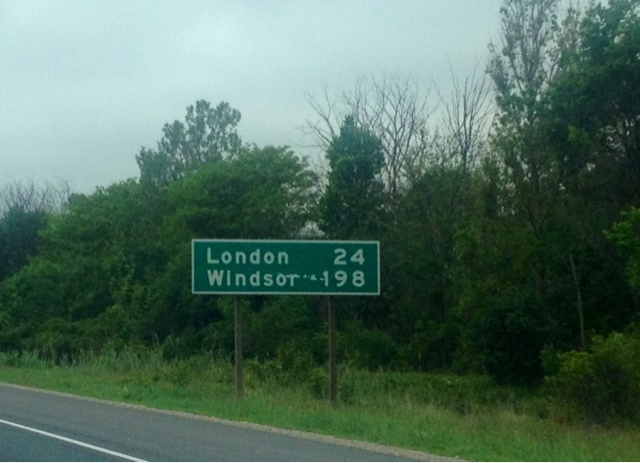 Fortunately the further west we went the weather appeared to brighten up. So much so that by the time we reached sarnia, our border town stop off for the night, it had turned out to be a pretty nice looking evening. 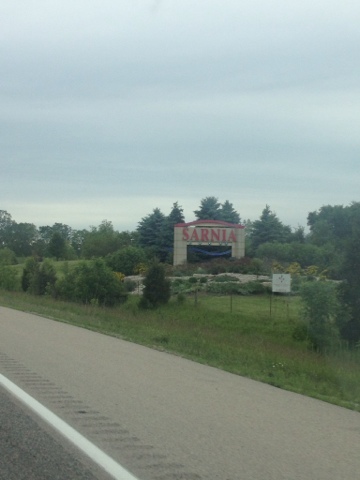 I am trying to think whether I have stayed on a border town before. I’m not sure I have, and yet I was able to recognise and feel in the air that this town was a border town straight away. Across the water you could see America, probably about half a mile away, if that. We were staying in a motel type place I’d found online called ‘the harbourside inn’. Very simple but pleasant building located around the docking area. It’s hard to describe what this town felt like. Mainly it was very quiet, no particular hustle or bustle. It had this overriding feeling about it that oozed confusion. It doesn’t quite know where it belongs. To be fair, I think we didn’t really arrive on a hot summers day or anything which apparently is when the town comes to life. Lots of water sports etc goes on in the summer. I couldn’t help thinking that where we were staying couldn’t possibly be the centre of town. As we had arrived into sarnia we were told that the population was 84,000 people. I was wondering where on earth they all were! Admittedly it was a Thursday night. But in England that doesn’t usually mean a lot. In fact in some places Thursdays are the new weekend.

We took a walk down the harbourside path, hoping to find a nice restaurant on the harbourfront. There was not one to be found! Seems there isn’t a particular drive for the Canadians to sit and have dinner staring over at a view of America. Maybe it’s the same over the other side of the water. Or maybe its just my imagination. 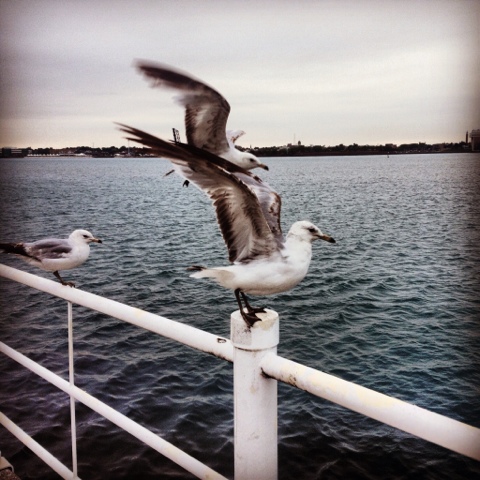 We walked in about a block and meandered our way through the streets looking for somewhere to eat. We were astounded by the quality of the shops. Beautiful boutiques, designer clothes stores and no chains in sight. Perhaps this is the more posh area of sarnia. Who knows. Eventually mum stumbled upon a pretty funky looking restaurant called ‘ravenous bistro’. Seemingly recently opened, we walked into this low lit, boudois style restaurant and sat for dinner. The interior design was very well done. There was a hatch that allowed you to see into the kitchen where the chef was, and the place was pretty full. (That’s where they all are – eating) we munched through an amazing blueberry salad (sounds more like dessert but was quite savoury too!) and mum sampled some local ale, which got her decidedly merry after merely 2 sips, and then we wondered back to the harbourside inn.

A bizarre place is sarnia. Although I could completely picture the town coming to life in the summer months, and water sports taking place on the lakes, it was hard to imagine 84k people lived there.

The lakes of the USA and Canada are all linked, and ultimately linked up with the Atlantic Ocean. This then means that there is a large amount of commerce bought into the lakes from potentially anywhere in the world. It was bizarre to see relatively big ships making their way in the channel at sarnia when you feel like you are so far away from the sea! Mind you, the lakes are like seas to be honest. If I can call the water expanses in my parents front garden lakes, then these ‘lakes’ are by far most definitely seas. 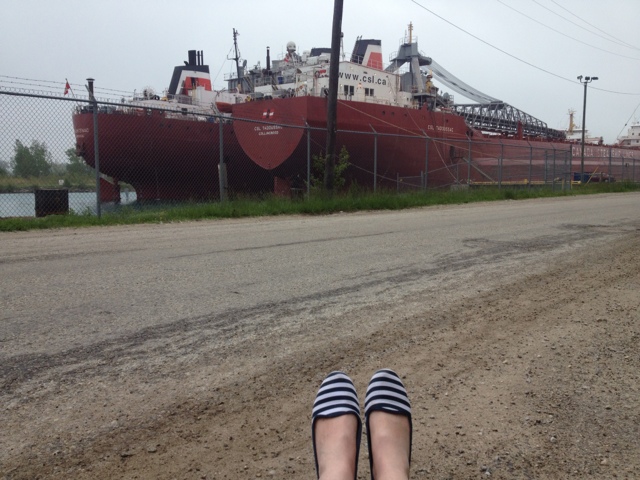