After having a delightful hot tub bath overlooking the falls I descended down to the ground floor of the Hilton Fallsview hotel for breakfast. Once satisfyingly filled up Richard came to meet us and then the three of us headed down to the water front where we were to catch a ride on the ‘Maid of the mist’ boat that takes you right up to the Niagara Falls. 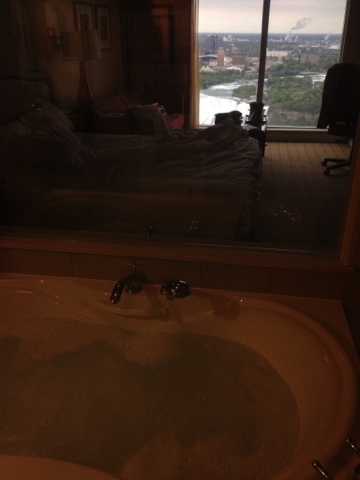 The falls themselves were of course phenomenal. I had to try and imagine that none of the surrounding buildings were there though. As with many natural wonders of the world; being turned into a huge tourist attraction makes it lose a lot of its magic. It’s a shame. I would have liked to have trekked a few miles and then turned a corner and seen these falls appear in the distance completely untarnished by humanity, and in fact with no sign of human influence over them whatsoever. It’s annoying that authorities didn’t ban building around the falls or something. Like in Paris where nothing can be built higher than the Eiffel Tower.

Most people have told me its a ‘tick in the box’ experience. And it certainly is. I would go there again if all the buildings were knocked down and trees grew in place of lamp posts, and animals were at home in shrubbery instead of gamblers occupying the casinos.

It did remind me of Las Vegas in a way. I mean, if it hadn’t been for the falls, it would have felt like a mini version for sure. 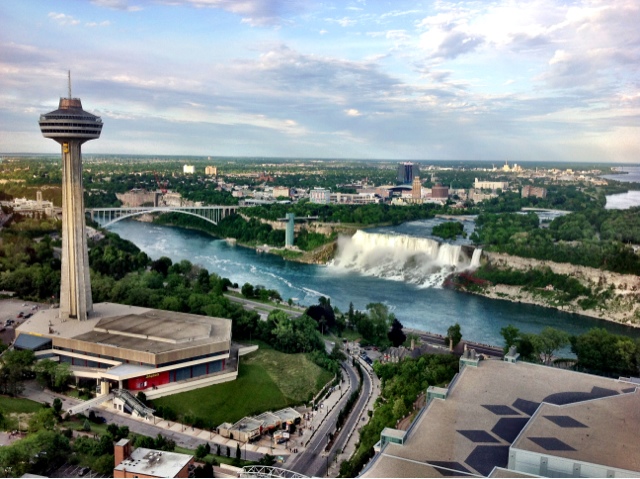 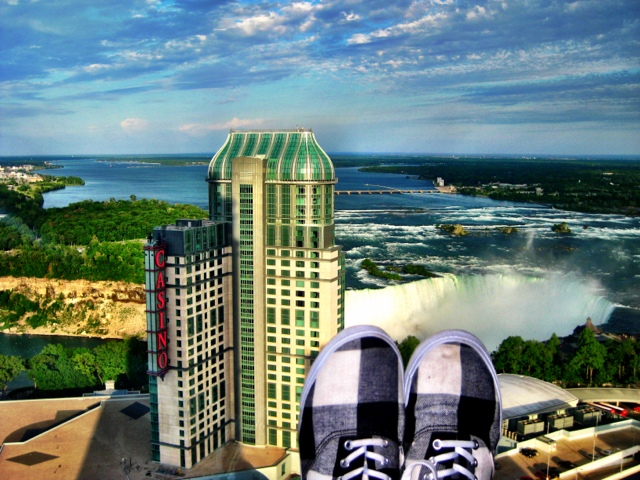 I think as with most situations and experiences, an awful lot of what you feel about it in retrospect has a lot to do with who you are experiencing it with, or who you meet along the way. And in this case, the novelty and sheer coincidence that me and mum had happened to meet up with Richard at Niagara Falls, of all places in the world, was quite remarkable. I guess fortunately for the place itself this gave the experience quite a few more brownie points than it perhaps deserved. 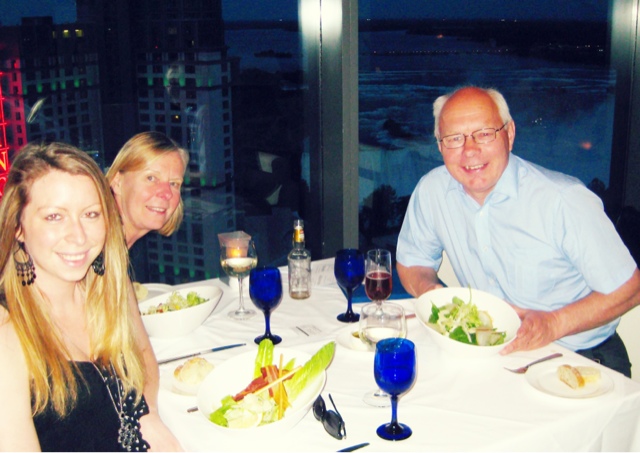 It did get me thinking about how small the world is. Over dinner last night we were telling each other stories of our ‘it’s a small world’ encounters. Like what’s the weirdest meeting/encounter of another person you’ve had that makes you feel like the world is just a very small place?

Mine was when I was travelling in Australia in 2005 with Catherino. We were at a neighbours party in Melbourne (super cool I know. You all must go) where to be fair the majority of those attending were from the UK and Ireland. Shockingly most the ozzies don’t watch neighbours (I know right!)

Anyhow after an hour or so we were sat in a corner when a guy about my age came over and sat down and started talking to us. We did the usual ‘where are you from?’ Question. This resulted in England as the answer (duh). Then I asked where abouts and he said from Buckinghamshire. I was like ‘no way! Where abouts in Buckinghamshire? That’s where I am from!’ And he said I wouldn’t have heard of it as its a tiny village, but its in between Aylesbury and Milton Keynes. I said ‘you’re kidding – what’s it called?’ And he said, ‘seriously if you’ve heard of it I’ll be surprised but its a tiny village called cublington’….

Turns out him and his family had just moved out of the village to somewhere else in the country literally just before he went travelling. I knew who he was by name straight away once he told me his full name, but I had never met him. But there we were the other side of the world, meeting each other for the first time after having lived in the same village in England for at least 10 years or so.

After lunch with the daddy Goldson me and mum departed in the rain; destination ‘Sarnia’ a border town situated at the southern most part of Lake Huron on the Canadian/USA border….we had decided to break up the journey before we were to meet up with Sam in Chicago on Friday. As otherwise it was rather a long journey. Plus mum secretly, (or not so secretly as the case maybe) loves Canada over the states anyday so I think the longer we could spend in Canada the better!