Waking up in weekapaug Rhode Island was ace. There was a huge sea mist encompassing the back garden and the view beyond down to the ocean. And even though the sun wasn’t particularly shining there was this eerie maritime type feeling lurking in the marshlands directly below the house and a smell of salty ocean air that made the place seem even more magical.

Julie had various options for breakfast, I went with croissants and jam, coffee and freshly squeezed orange juice. And we sat the three of us overlooking the unstoppable mist, eating breakfast and nattering away about family and friends and events past and events yet to come. 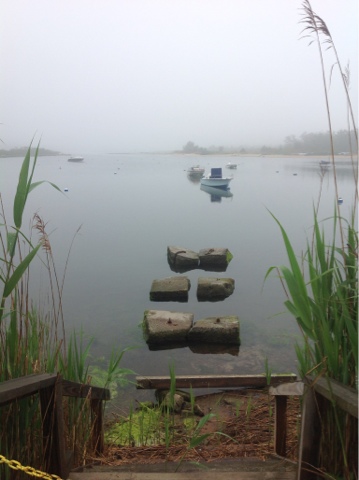 After this we jumped into Julie’s car -Not literally; that would be quite the achievement – and left her house ( which I forgot to mention Is called ‘twilight’ how cool is that!) to go on a ‘Julie tour’ of Weekapaug and surrounding towns, and just generally a tour of her life in Rhode Island.

The first thing to note is that up until this point, I hadn’t really seen the effects of hurricane sandy. Actually when we arrived into New York at Brooklyn harbour there was a notice as we were going through customs saying to ‘excuse their appearance’ they were still recovering from Sandy. And you could sort of see the flooring had been stained somewhat by the salt watered sea. But since that literal first encounter we hadn’t seen anything. So as we rounded a corner in Julie’s town that joined onto the ocean road it was astonishing to see so much sand everywhere. The public beaches that are usually flat had mounds and mounds of sand, so much so that the sea had been obscured from view. A lot of the sand had been cleared up apparently, but you could see there was still an awful lot more to do, and a substantial amount of damage had been done to the surrounding buildings and streets.

Last week saw the tornados sweeping through Oklahoma. And I remember me and mum chatting about why anyone would choose to live in places that were renowned to have seasons of destruction. We asked Julie about this and she just explained that its just part and parcel of life for people that live in high risk weather areas. Julie doesn’t get tornados in Rhode Island, but hurricanes can be very common in season. I guess we are just very fortunate in the UK not having to deal with these ridiculous weather paths. Admittedly flooding has been pretty serious when it has happened in the last decade or so, but otherwise; we don’t get massive earthquakes, tsunamis, tornados or hurricanes. So watching things unfold on television over here is pretty scary to be honest!

Anyway. After driving out of weekapaug we drove into Watchill which is basically down the road. Here we had a grand tour of the beautiful and gigantic houses, including a huge house Taylor swift has just bought. Much to the annoyance of the locals apparently. Which of course was very exciting to drive up so close to. It was raining and there were security and paps around so we didn’t linger too long! 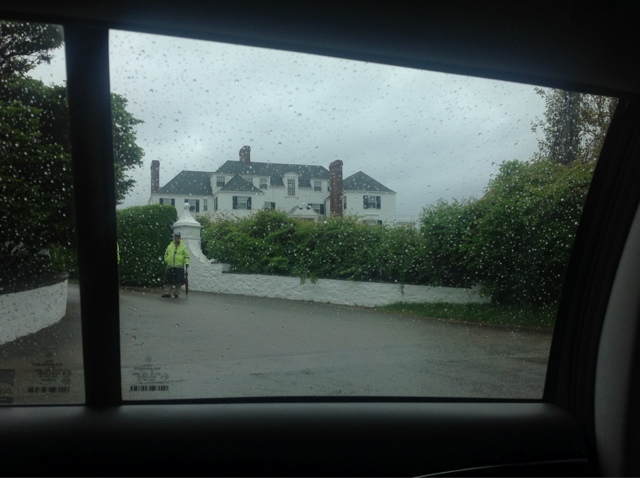 We went through the town of westerly also, and learnt more about Julie’s history here and even bumped into one of her cousins. She seems to be somewhat of a celebrity in the area! Back at the house we had lunch of cheeses and biscuits and fruit and potato salad. It was very Mediterranean stylee. I then went down for a wonder to the beach and wrote some more of this book I’m writing. Even though it wasn’t sunny in the slightest it was still great to be on a beach. 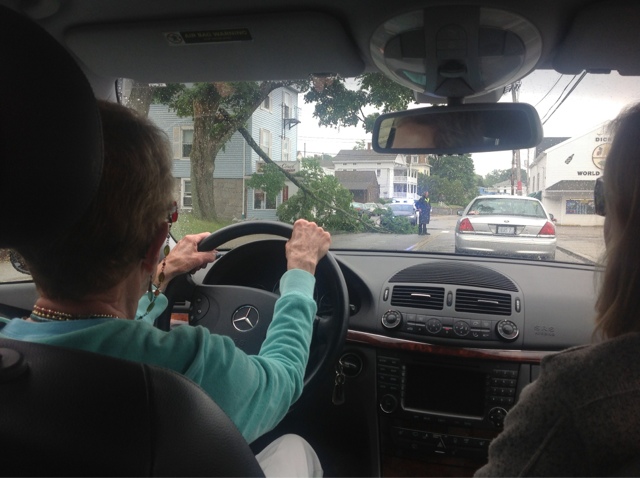 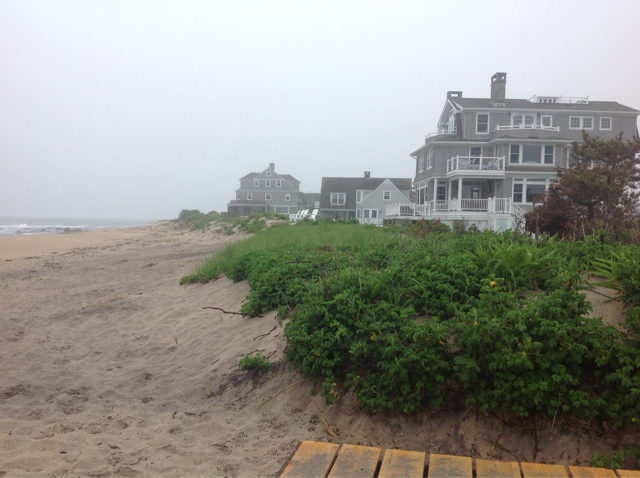 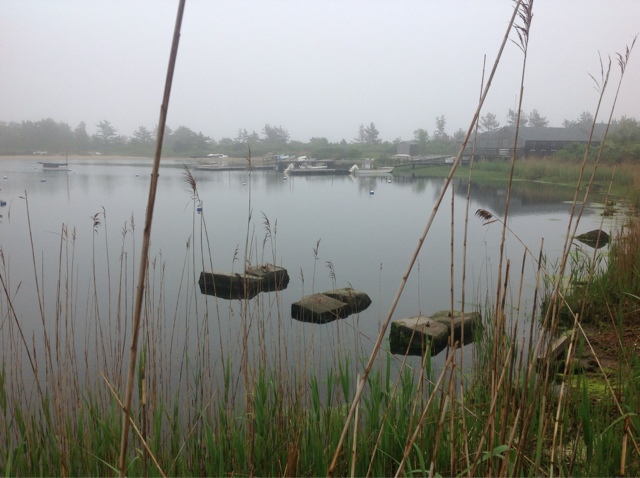 In the evening Julie had booked us into a recently re-opened restaurant called the sea goose. Here I sampled my first (I think) ever oysters, they were pretty epic. Julie also knew an awful lot of people in the restaurant too! Including more cousins! Was quite funny. After a wonderful dinner we then drive back home through the persistent mist and continued to help Julie with a puzzle she had started a few days ago.most likely the hardest puzzle I’ve ever seen. But strangely addictive. 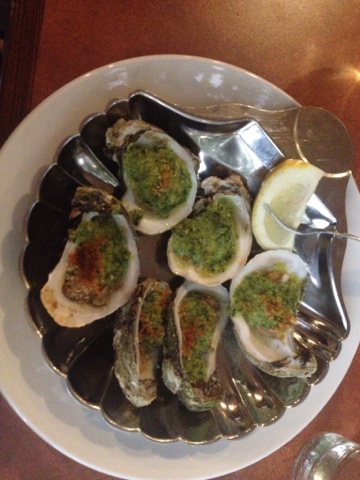 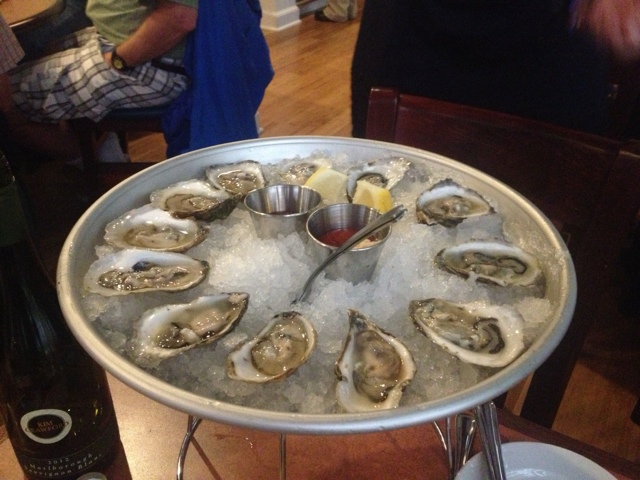 We will be sad to leave Julie’s tomorrow, but will most likely see her in Chicago next week as she is popping back to her apartment for the week. I think I forgot to mention that Julie lives in Chicago in the winter and Rhode Island in the summer. Sam has spent some time with her in Chicago and I think she has become a surrogate grandmother for him out there, and he a surrogate grandson, which is nice. So Julie had a few stories to tell of Sam. One sticks to mind about the astonishment she encountered when she first realised how big of an appetite (for food) Sam has….