We had a whole morning in New York City before having to head to get our hire car. So we decided to go up the Rockefeller building which neither of us had done before. So after our all American breakfast of fried potatoes, streaky bacon and eggs (sunny side up) we wondered down the road to the Rockefeller centre.

When me and mum were in Paris over Christmas we went up a building that wasn’t quite as high as the Eiffel Tower but was the highest building other than the Eiffel Tower. We soon discovered we had found a hidden gem of views across Paris that included the Eiffel Tower. I suppose you don’t really think when you are going up these high buildings that once you’re at the top you are effectively just looking at all the other buildings below and not the actual building you are in itself. What finding that other viewpoint did meant that we saw the whole of Paris skyline from a height and including the main feature of the Eiffel Tower itself. The same thing applied here. I have been up the Empire State Building twice now I think, and each time was really great, and the views are spectacular, but what was even better this time was that the Empire State Building was part of the view. I would recommend going up the Rockefeller building over going up the Empire State Building simply because of this fact. Its also probably cheaper.

Anyhow another beautiful morning meant a perfect day to take pictures of manhattan and beyond before finding our way down again and making our way to the place we were hiring our car for the next few weeks of road tripping!! 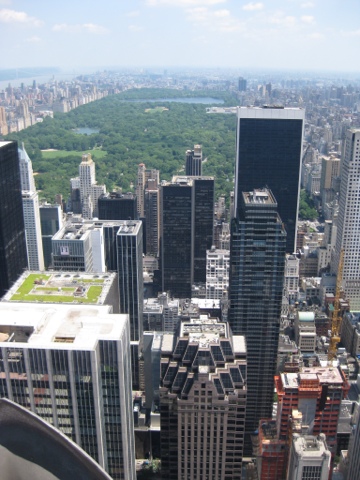 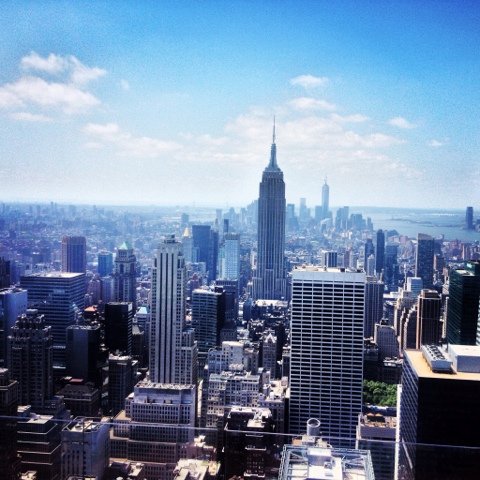 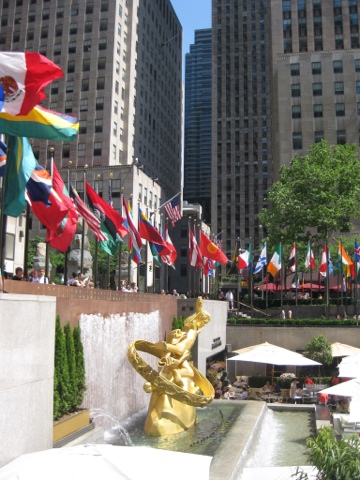 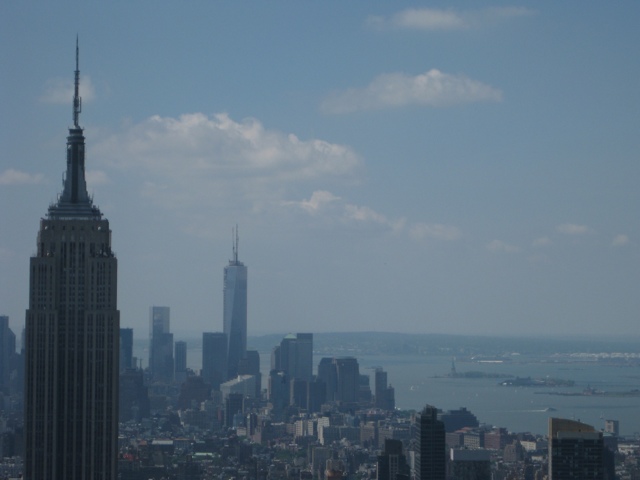 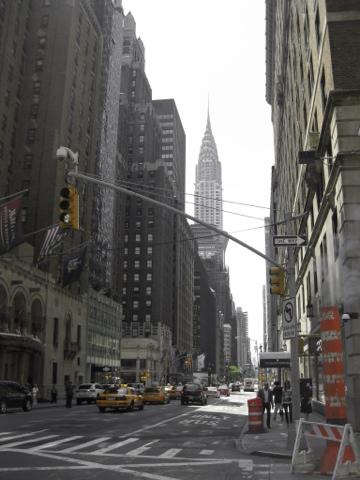 I think mum was particularly nervous about the initial drive out of New York City, and although I’m insured to drive the car too I was very happy to be navigator at this point 🙂

It wasn’t as bad as expected though. We were pretty close to 1st avenue that linked us right onto the main highway off manhattan and eventually out of the city. Our first stop off is in Rhode Island where we will be staying with a fantastic family friend (who we know through my lovely grandparents on my mums side) Julie bacon.

Once mum got the hang of the highways it was all pretty simple. We worked our way on the main highway through the Bronx and then out and over the state line into Connecticut. The roads are so huge and wide and considering the time of day they were pretty empty in most places.

We stopped off for water and food halfway, just off the highway. Literally EVERY services stop has a McDonald’s and that’s about it. Fortunately at this one there was also a subway. So we tucked into one of those whilst sat outside in the sunshine before continuing in our journey.

It’s not too far of a drive to Rhode Island. About 3 hours, and it seemed to fly by. There was plenty to look at out the window. 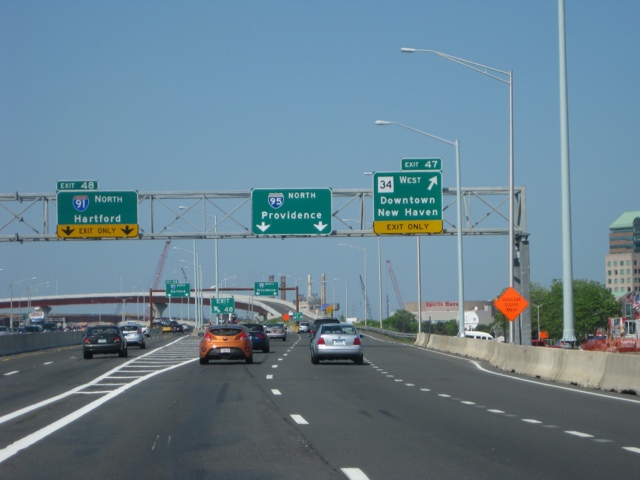 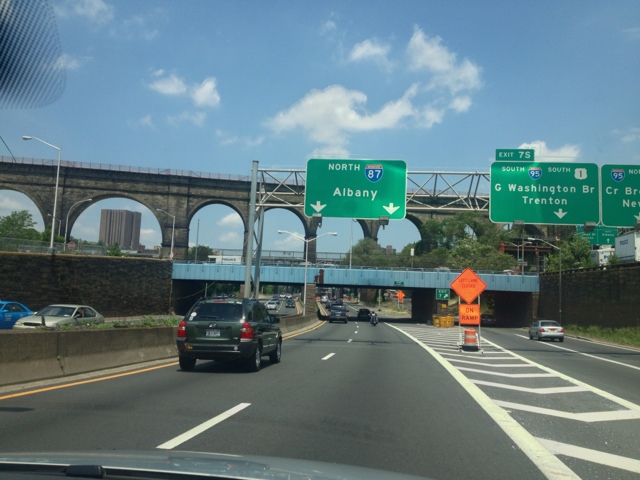 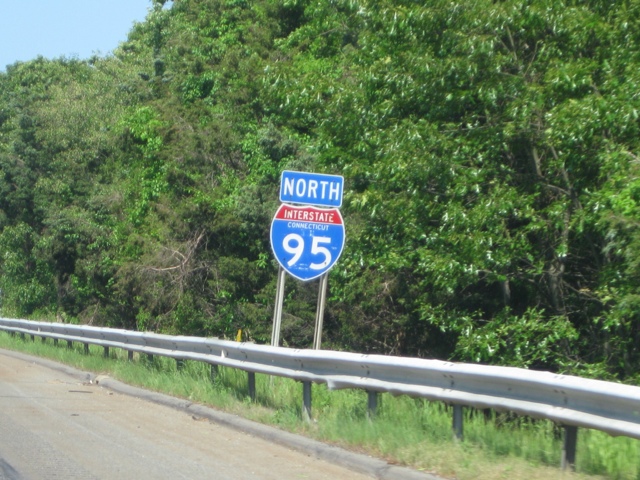 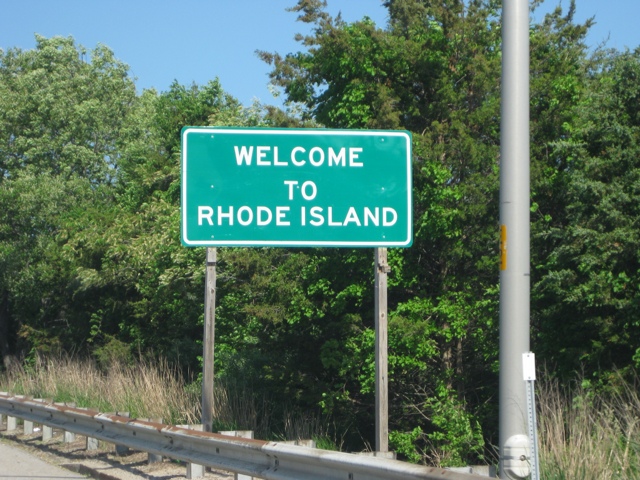 Rhode Island, and in particular where Julie lives in weekapaug is beautiful. Her beautiful house overlooks some lakes that lead out to the ocean which you can also see. It is so wonderful seeing Julie. We last saw her at Christmas in London, and visiting her house in Rhode Island is particularly special. We opened a bottle of rosé and had some cheese on arrival and then had a guided tour aided along also by Julie’s dog max who is a very cute dog and so well behaved!!

We had dinner reservations for 7pm at the inn overlooking the ocean that you can see from the house. So we sat on the veranda of the inn and ordered nibbles and bits and bobs and drank wine and chatted and caught up. I also had clam chowder. when fresh its literally my favourite! Its still nice enough to sit outside but a storm is heading our way now so we thought we out to make the most of the weather!