Today has been a long day. But an amazing one too.

There is nothing quite like arriving into New York via ship.

I think last time I did it in 2008 I didn’t fully appreciate the significance of entering into New York via ship. The truth is, it’s a pretty epic experience, following in the steps of millions before you. Especially having been on the ocean for 7 days….

The ship itself arrived into New York waters sometime in the night. It was to be passing the Statue of Liberty at about 4.45am. This meant we had to set our alarms for around 4am in order to get a good spot where we could watch as the ship comes into port. So it was dark when we awoke and looked out of our balcony. But we were going right underneath a bridge that was all lit up and you could just see manhattan in the distance and the Statue of Liberty on the left. We quickly put some clothes on and quick marched our way down to the front of the ship. Here there were already swarms of people, but we still managed to get a decent spot to watch and take pictures. There was a strange silence out on deck. I think perhaps people were just in awe (or crazy tired) There had been a few lectures on board the ship about all the immigrants coming over to the states, and in particular a lecture about Ellis island where they all had to pass through. It is so hard to out yourself in the shoes of those people, the ancestors of those in America today. But to see the Statue of Liberty as they arrived into this new promised land of freedom having left behind goodness only knows; must have been an emotional roller coaster. The ocean entrance into America does indeed inspire hopes and dreams, nostalgia (for myself) and just genuine wonderment. I’m unsure of how much more I can express in words, and until you do it yourself I don’t even think pictures would really satisfy. But as a visual aid I thought I’d give you some anyway…. 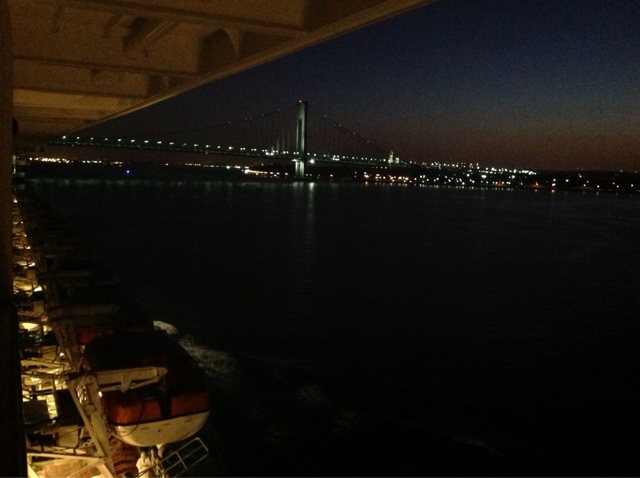 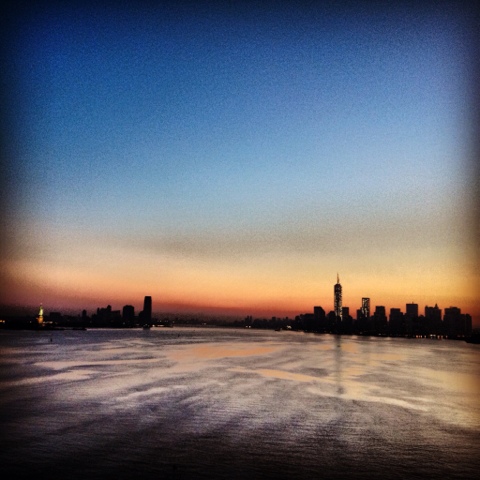 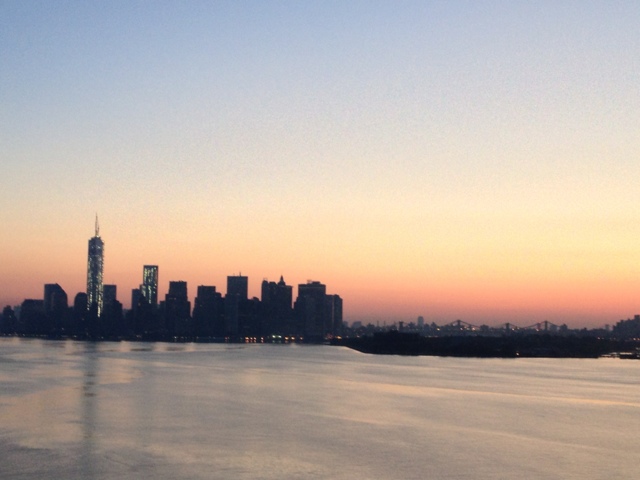 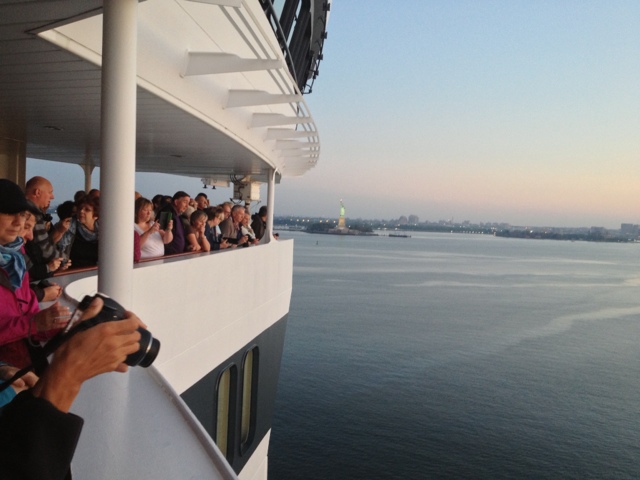 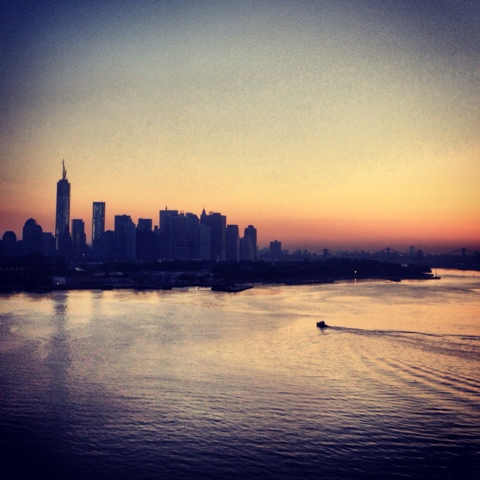 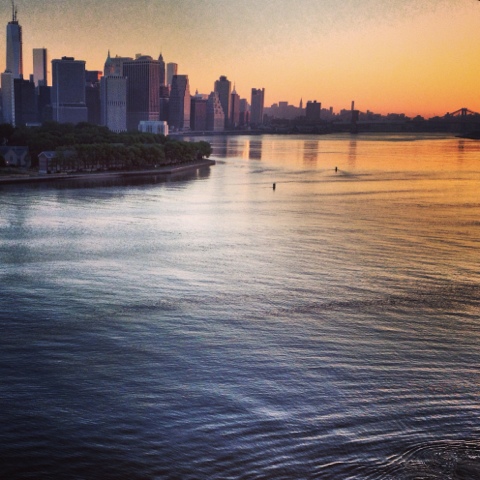 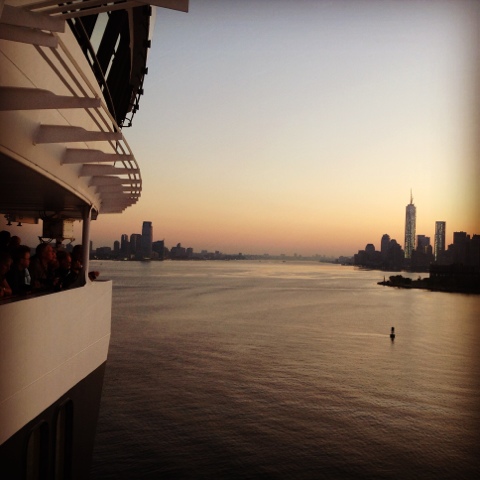 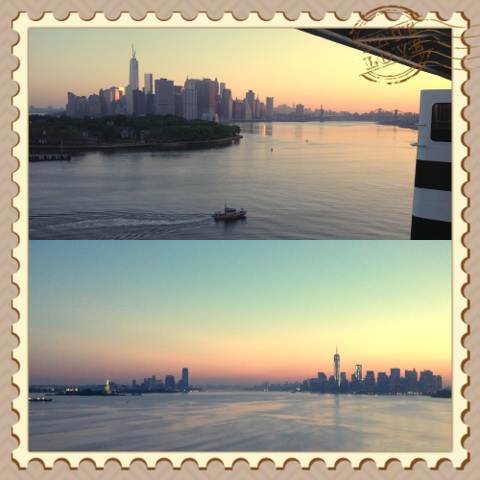 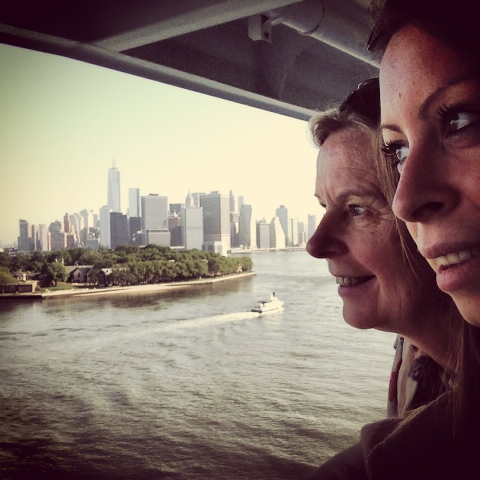 I’ve been fortunate enough to go to New York a number of times since 2004. However I never saw New York with the twin tower skyline. And it’s bizarre, because even though I never saw them standing in person, I did see them in movies, tv series etc and therefore even now, and with my lack of previous skyline experience (!) you really feel their absence. However, nicely enough, the skyline is still pretty epic, and as you can see they still haven’t quite finished the new world trade building. Last time I was here it was only a third of the way built. So it’s been nice to come in stages I guess!

Once we docked at around 6.30am we then had a pretty long wait until we could disembark. Obviously with thousands if people onboard they have to do it in stages.

However the weather was a bonus… 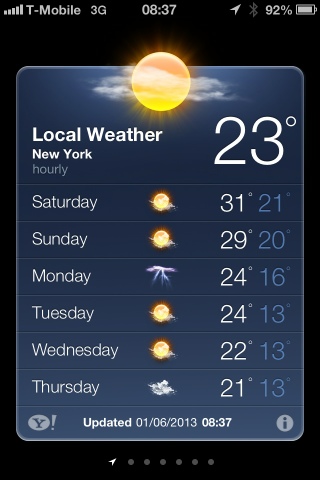 Sitting in 30 degree heat at the early hours of the morning was pretty surreal. And quite a shock to our British skinned selves! That mixed with general tiredness from being up so early, excitement, adrenaline etc meant that today really was going to be a long and exhausting one. Nevertheless we only have the best part of two days in New York so we need to make the most of it!

I sat with some new friends I had met onboard at the back of the ship overlooking Brooklyn and manhattan before saying my goodbyes. 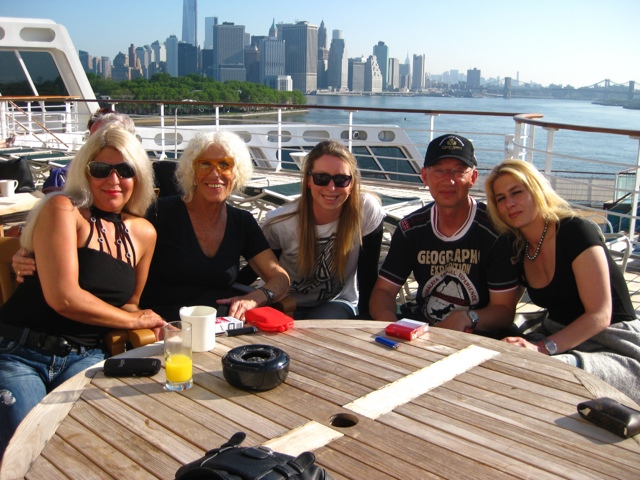 We finally got off the ship and touched down on a American soil at about 10.30am. Fortunately they let me in the country this time. Last time I was here they claimed that I had been living illegally in the states for four years. I had initially thought it was funny, but in actual fact they could have just had me arrested and sent on the next flight back home.

Hopped into a taxi and made our way to our hotel we were staying in. W New York hotel on Lexington Avenue and 49th street. Quite a trendy young vibe of a hotel, and luckily we were able to check in so early which meant we could dump our bags before heading off out to explore the city.

With it being such a hot day, and already feeling tired, we decided to go to Central Park and maybe find somewhere to sit in the sunshine. However we didn’t really sit anywhere but ended up walking around pretty much half of the whole park, enjoying an ice cream and just generally soaking in the atmosphere. Everybody seemed to be in Central Park! People playing baseball, basketball, having picnics, sun bathing, jogging, running, at the fairground. Was cool, and nice to see some green after seven days of blue. 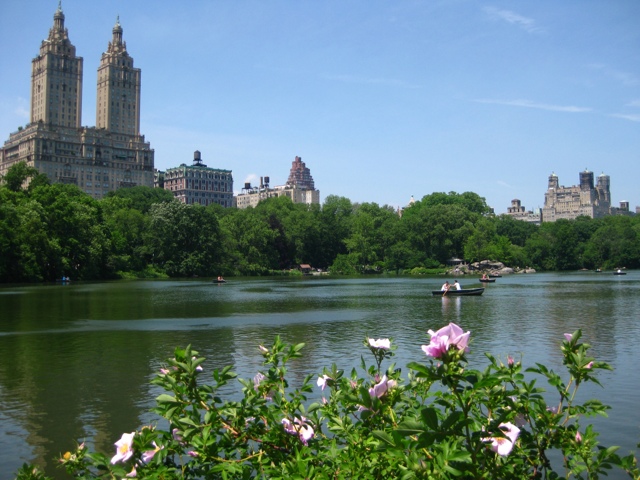 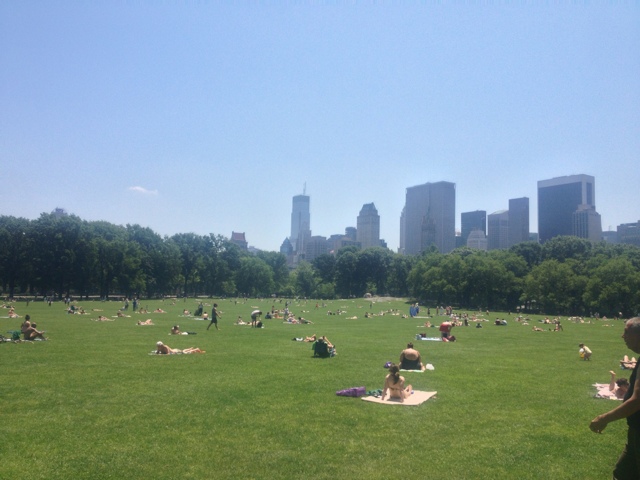 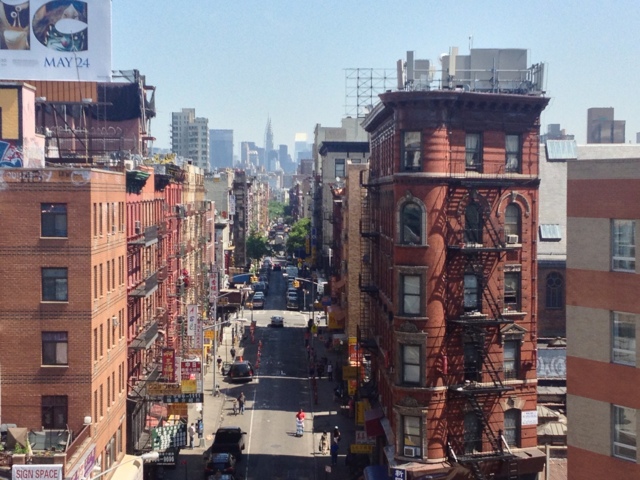