So we did quite a lot in this one day. So I’m continuing this blog from the last one just to break it up a little…to be honest it’s amazing what you can do in a short amount of time when you know that that time is all you have. If only we could all live by this philosophy everyday. Like if everyday we chose to be tourists I reckon there is no end to what we could discover and achieve. Unfortunately when you get into a routine it’s far too easy to just let time slip you by and not make the most of it. I’m promising myself here and now to constantly be a tourist. Even in my home town. I think every day deserves to be a story.

Anyways…. After sunning ourselves in Central Park for quite some time we then made our way to the subway where we took a ride down to ground zero. Here we feasted on some luncheon that overlooked the ‘occupy’ people of downtown New York, and they had situated themselves pretty much directly by the world trade centres.

We then went through a small queue to get into the 9/11 memorial at ground zero. Obviously you don’t have to pay to get in. But if you want a 9/11 wrist band you need to donate at least $10 to get one. I wasn’t sure how I felt about this. I mean as some kind of subtle money maker it works, and goodness only knows how much it is costing to keep the two massive waterfall memorial fountains going. But compared to the other times I visited ground zero, this put me slightly on edge.

So the first time I visited was in 2004. At this point ground zero was very very quiet. People walked around the site, (still full of debris) and read the billboards that gave information about the 9/11 incidents. It was really quite a moving experience. I mean; I never saw the twin towers when they were standing, but I have watched movies where they feature, and sit coms etc. so in a way I grew up watching them pop up here and there. And of course I watched 9/11 happen pretty much live on the tv screen at home. So even though I had never seen them stand tall, I still felt moved by the whole experience. It made what had appeared on tv come to life I guess. I’m sure most of you watched the twin towers falling and can remember where you were and what you were doing. But I guess the whole thing seemed a little unbelievable. We’ve become so desensitised to horrors like this going on in our world because of the amazing things that movies and special affects can create on our screens. And often we are so far removed from these seemingly other worldly happenings that it is very difficult to relate to an experience that you’ve never really had.

Anyhow the point I’m making…. Right. So the second time I went, there was progress, there was still rubble, a lot of building work etc, but new buildings had started being erected and in general it was a hub of activity. Still however there was relative silence. A profound respect for the loss of lives and ability to deeply reflect on the goings on at that place some 7 years ago at the time.

This time however was weird. As soon as I got into the area I wanted to get out. There were tourists everywhere. Outside the entrance men were lined up selling memorabilia, there was no silence, and it felt really wrong. The waterfall fountains were incredible. Don’t get me wrong. And what they’ve done to create a memorial site is absolutely incredible, and beautiful. And it should end up being (hopefully) a wonderful memorial space for anyone to come to sit, reflect and pay their respects. But I couldn’t help feeling what the family members of those that perished in the events of 9/11 would be thinking if they were there now. I don’t want to be too cynical about the donations situation, but I was uneasy about it. Nevertheless, I gave my $10 and received my souvenir wrist band…. The whole thing was weird. But in retrospect I’m glad we went. And its just fascinating that every time is different and will evoke different thoughts and feelings. I guess in summary; I was overwhelmed by what they had achieved there. It is indeed incredible. And with the new world trade building still being built it will be great to go back again in a few years and see its progress. I just hope the true meaning of why the memorial was constructed in the first place doesn’t get lost behind the swarms of tourists, the to-be constructed museum and the heaps of tacky memorabilia for sale around the area, and that the inevitability of people trying to maximise off the back of this tragedy doesn’t taint the perception of the original vision. 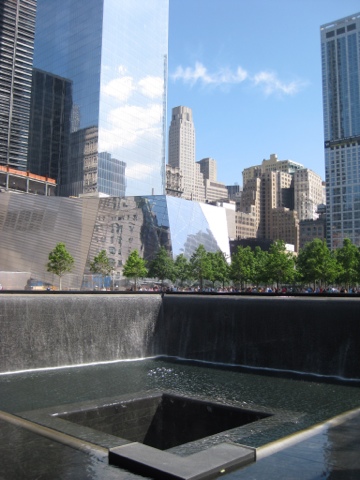 After the literal 10 minutes we spent at the memorial we walked down to battery park where the idea s to get a boat out to Ellis island to the museum there. Unfortunately it was closed, which is quite sad as it’s the one thing I’ve never done in New York City (amongst many I’m sure!) and really wanted to. By this point though we were shattered and so we headed back to the tube station to go back to our hotel to freshen up before disappearing out for dinner and night time in NYC. 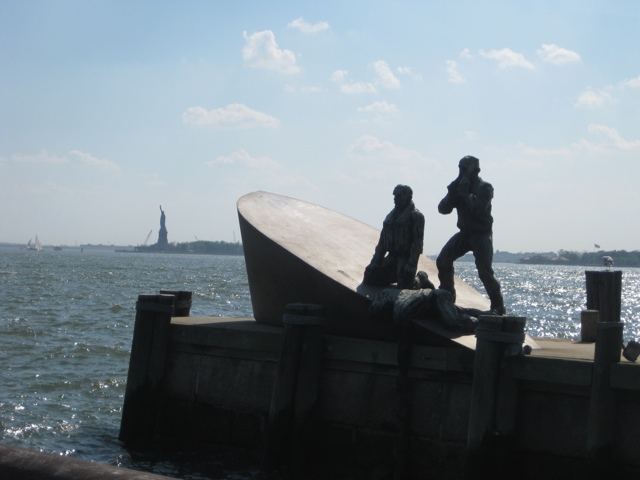 A short walk around the corner from our hotel and we were in Times Square. Another hub of tourist activity! For the sake of nostalgia mum and I went to the Hard Rock Cafe for dinner. We had been there 5 years ago when we were last here together. Nothing had really changed much in 5 years in Times Square. The lights still blazed over the street, people on the street still tried to sell us tickets for comedy shows and musicals, music burst out of every venue, the Golden Arches of McDonald’s still had a gigantic queue of people inside and the naked cowboy still patrolled the sidewalk singing and shouting at everyone he came across.

I think after dinner we were so unbelievably tired that I couldn’t have stayed out if I tried. Beside I also had an extremely strong cocktail wi my dinner and with the heat and how long I’d been awake for I literally stumbled back to the hotel with mum where we practically just fell into bed.

Tomorrow we pick up a rental car and start our road trip to Chicago. First stop Rhode Island… 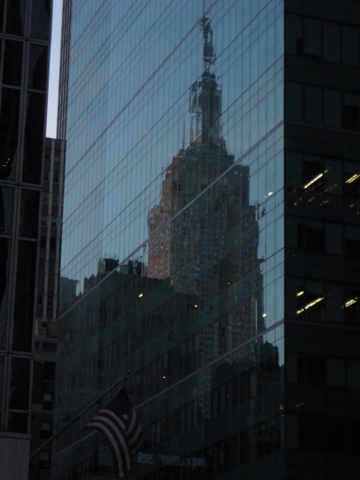 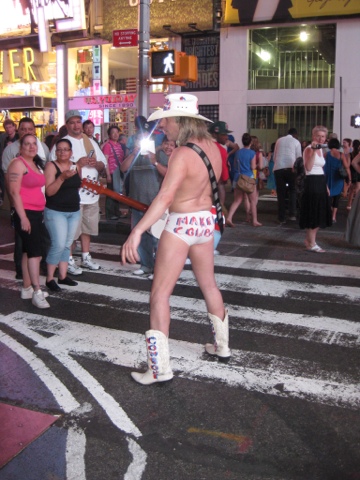 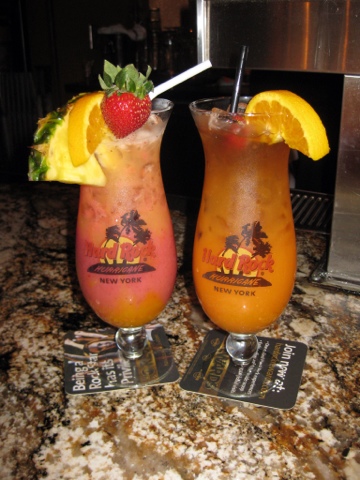