Set off from Southampton port yesterday evening. After the dreadful rain we had had the day before I was fully prepared for what could be the beginnings of a pretty rough crossing of the great Atlantic Ocean. However, the weather was fantastic. We were slightly behind schedule so ended up actually departing at around 6.30pm which basically meant that we were bang splat on time for a pretty decent sunset and awesome views across the Solent including Portsmouth and the isle of white. 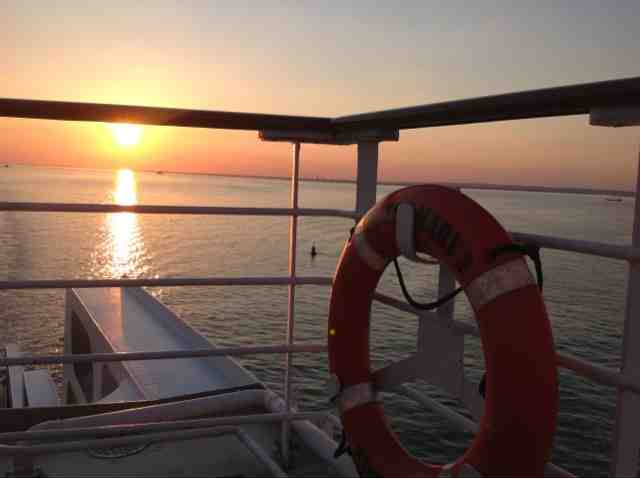 Having crossed the Atlantic 5 years ago on another cruise line, I semi knew what I could expect from the ship and the general onboard shenanigans.

However, the Queen Mary 2 isn’t quite like other cruise ships. When built it was the biggest cruise liner in the world. Pretty sure it is still up there in the top 3. This ship is huge. The internal decor is insane. Beautifully designed inside and out. Swanky bars, various restaurants, 5 swimming pools, a casino, a planetarium/cinema, ballroom, theatre, spa, sports area and gym are a few of the main highlights.

Once we had had a little ponder around we returned to our cabin for a complimentary glass of champagne and watched the sun go down over the isle of white. 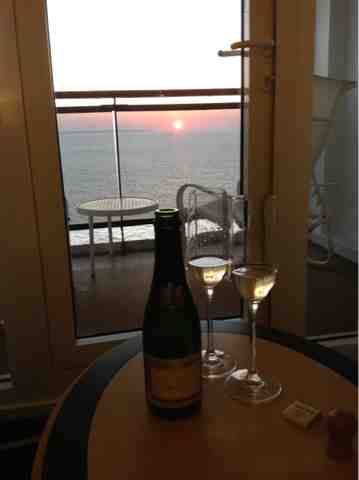 After a peaceful and well needed nights sleep we ventured down to breakfast where you can practically have whatever kind of breakfast you like. I went for a fry up. Standard.

Particularly worried about gaining weight on this journey. There is food available 24 hours a day and all included. Will have to involve myself in some kind of exercise methinks…..

After breakfast we decided to go to a lecture on ‘the ocean’ was pretty cool. Sort of David Attenborough style facts and movies. It’s the first in a series of lectures throughout the week onboard. After this mum encouraged me to go to a meeting in the nightclub (at midday) of all the 18-30 year olds onboard. Met two girls, Florence from Paris and Matilda from Norway. The guy hosting the whole meet was a south African called Chris who has been working on board QM2 for 6 years. The benefit of the meeting was the free champagne… 4 glasses and almost 2 hours later, I walked (stumbled) up to the 7th floor (there are 13 – not including the base levels) where I met mum for a sobering up lunch before then snoozing in the cabin for an hour before getting ready for the black and white ball. 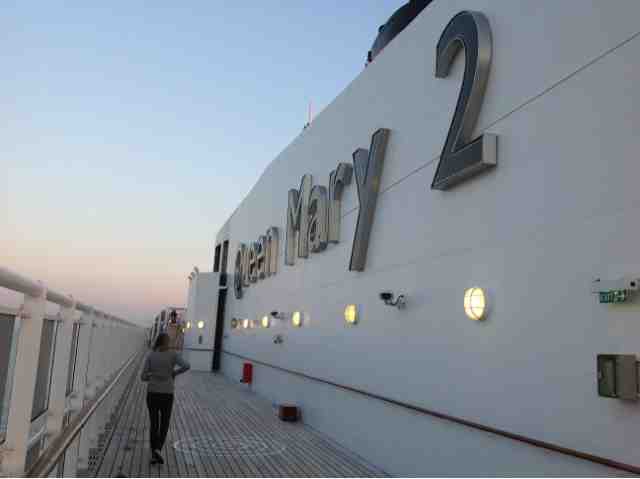 I would say about 70% of the people onboard are over 50 years old. There are families and young couples and various single young travellers too, but declaring this fact will give you an idea of people I am surrounded by onboard. I say surrounded, but as I said this ship is huge. Including the staff (around 800 people) there are near 4000 people onboard, which is crazy!!

The black and white ball featured ballroom dancers Vladimir and nadya who I believe have both appeared in Strictly come dancing. After their pretty awesome performance everyone else began to take over the dance floor. Clearly there are some pretty seasoned cruisers aboard, as I would say at least half the dancing couples looked like professionals.

Floating gentlemen were around to offer ladies that didn’t have a partner (or ladies that had partners that didn’t want to dance!) a chance to dance. Mum and I both had a dance with a gentlemen. I danced to one of my faves – mambo Italiano – was practically a cha cha. Bit out of touch with the whole ballroom dancing scene. But that similar invigorating and semi liberating feeling doesn’t take long to reappear. A few amazing dancers, dresses and very strong mojitos later we retired to bed.

Each evening so far we have set our clocks back one hour. This I suppose will allow us to gently overcome the time change so that by the time we arrive in NYC on Friday we won’t be so tired at all. It does mean however that I am finding I’m getting up pretty early!!